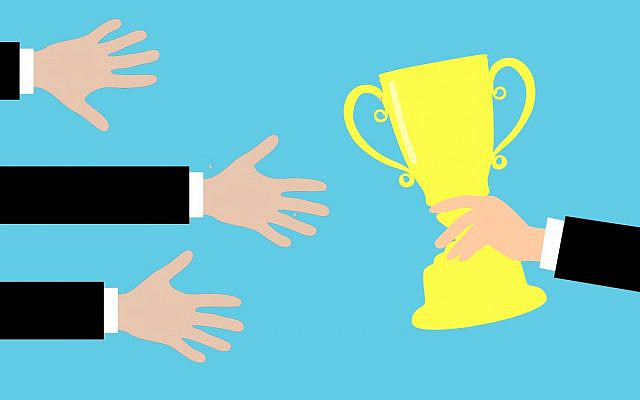 Anything my older brother could do, I could do better. From a very young age I found myself in direct, albeit mostly one way, competition with my older brother. Over the years as we have found our own paths, the competitiveness, at least from my side, has waned. Growing up in such constant competition left me hyper-aware of its presence. Healthy competition can be fun and even beneficial. Identifying when competition has become unhealthy is difficult to diagnose.

Ballots are still being counted here, even the potentially virus contaminated ones. Initial results give us a sense of direction. A seat or two will swing, and have already swung. It’s still too early to make definitive declarations. Rumors and hearsay are rampant. The country is fixated on NOT having a fourth round of elections. That’s only going to happen with compromise from multiple sides.

Ittay Flescher, a journalist for Plus61J, wrote a well articulated post on Facebook describing what a true unity government would look like. Shas sitting in the government with the Joint List along with the Blue and White leadership and the Avodah/Meretz/Gesher bloc would create a leadership committed to tending to the needs of all of Israel’s citizens. It’s not likely to happen – that kind of compromise is a moonshot these days.

Instead, we’re talking about defectors leaving one party to join a government, about excluding the highly successful Joint List of Arab Israeli parties, about the role of one list head becoming the “kingmaker“. We seem to have forgotten that we are a democracy so first of all, no king (or queen). And secondly, as I’ve written before, democracy calls for protection of the minority voice within the rule of the majority.

As a dual, American-Israeli citizen, it’s been an interesting time to vote early and vote often. What is at stake here and there is in many ways similar. Are we going to arrive in a place of cooperation and collaboration or are we going to continue to divide ourselves against each other? I’m a Warren supporter and I’ve been a supporter of hers since she first came onto the national scene as a Senator. She’s brilliant. She’s a hard worker. She’s dedicated. She collaborates with others and wants to unite. All the news from the US (outside my Facebook bubble of Warren support) focuses on the competition between Biden or Sanders or Bloomberg to have a chance to oust Trump. Politics seems to have become about the competition, the winner takes all.

This is a troubling trend. Israel used to be a society based strongly on cooperation (i.e., kibbutz life) and is now focused on competition. Of course some have benefited, many others have been left behind. In the start-up-washing, it’s hard to see those who are struggling. It sure seems like everyone must be doing really well. The New York Times published an in-depth piece outlining the reality on the ground here. If you haven’t taken the time to read and digest it, you should.

I heard a great deal of rhetoric here around the election in support of Netanyahu in support of his economic policies and the changes he has brought to the Israeli economy. I hear that from my friends who work in the high tech sector. Part of the 9% of society who are in fact doing quite well (disclosure: my husband works in high tech). They don’t see the other 91% who are struggling each and every day. Yeah, sure our GDP is on the rise; it could be evenly shared across society.

Compromise happens when competition is put on the shelf for the benefit of the greater good.

The dots I connect between competition, repeated elections, and an overall declining civil society lines up with the decline in the presence of women in political leadership roles in Israel. Women leading the national discourse increases our chances to come together and compromise, which is good for everyone. Deborah Tannen’s work is well worth reading.

In a nutshell – men compete with each other and women collaborate with each other. Now, that’s far too simplistic to be an academically rigorous statement. The truth behind it is that MOST men compete and MOST women collaborate, in a way that is far too prevalent to be coincidental. It’s something inherent in our DNA. Collaboration helped women survive childbirth and rear the future generations. And men, well, they have evolved to compete with each other; to prove dominance. That’s precisely what we have at play both here in Israel and in the US as our elections are playing out. The impact of this focus on competition over cooperation is what is driving us into the ground.

Leadership focused on working together would focus on bettering the nation – here and there. That looks like long-term funding of programs like healthcare and education, that may not bring the short-term payouts so “necessary” for reelection. We’d take a long-range view of where we are going and stop trying to put band-aids on our day to day problems that don’t resolve the underlying ailment. That underlying ailment, fueled like cancer by the obsessive competition, will ultimately kill us.

It’s time that we focus on cooperating with each other and demand it from our leaders.