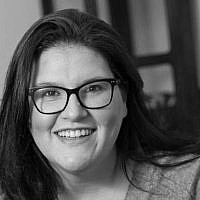 The Blogs
Lena Katsnelson
Apply for a Blog
Please note that the posts on The Blogs are contributed by third parties. The opinions, facts and any media content in them are presented solely by the authors, and neither The Times of Israel nor its partners assume any responsibility for them. Please contact us in case of abuse. In case of abuse,
Report this post. 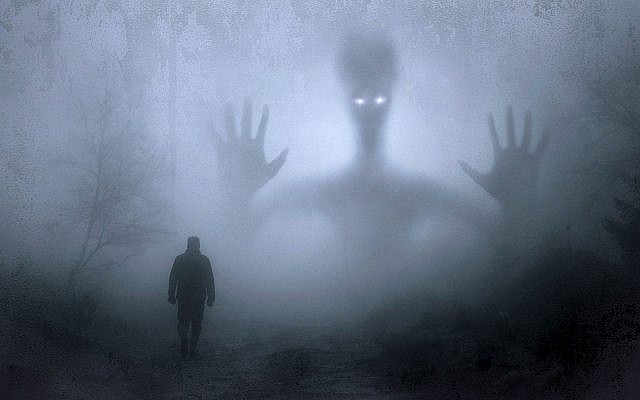 When the rumors started that we were leaving the Soviet Union, my grandmother’s co-workers stopped speaking to her. At the time, the only way to escape was to “repatriate to country of origin.” There was no immigration. The Soviet government could not tolerate the idea that anyone would choose to leave the communist utopia of the USSR. My family was emigrating to the US but in order to leave, we had to apply to repatriate to our country of origin: Israel.

My grandmother’s colleagues at the hospital where she had worked as a physician for decades stopped speaking to her as soon as they found out that their previous assumptions had been affirmed. They knew that she was a Jew, it was written on our passports — line 5, nationality. But now she was something even worse, a traitor. Disloyal. Abandoning her home, her community, to be with those other Jews. It was irrelevant that she was supposedly “disloyal” to a country that would never accept her as its own. She was a treacherous disloyal “cosmopolitan” just like all of them. It was a new form of hatred for her, different from the dull achy everyday kind to which she had become accustomed.

But that’s just it about antisemitism — it changes. Mutates, shifts, adjusts. Latches on to the nearest susceptible host and thrives inside them. Developing, changing, adapting. It disguises itself and infiltrates every movement and political party. It waits, so patiently, until it is ready for its rediscovery. It’s new branding. Bright, bold, and every single time, palatable for the masses.

Let’s talk about antisemitism. About Jew-hatred. Let’s talk about how familiar it is, how soft and easy to lie down on. As if it could hold you, lull you sweetly surrounded by the feeling of certainty that they are undoubtedly wrong again. It is so comforting. Like you could just wrap yourself in it to explain everything that has ever happened. How it makes you feel safe so you close your eyes and let it envelop you, smother you with its intensity until it is in your every acrid breath.

Let’s talk about how it tastes. Sweet, like fruit that is overripe, with that slight tang of rot at the end. You get that hint of sour as it slides down your throat and burns from the inside. Pulsing as it goes down and enters your stomach, making you feel bold. Righteous even. Filled with a distaste for their incessant demands. They are so greedy, so filled with that disgusting wanting. They are relentless and you are just exhausted, weary from the stress of dealing with them. And famished for the reassurance of your own position. So you take another bite and the honey dew mixes with your saliva and slips down your chin and makes your clothing sticky. Of course, they would make you dirty, of course.

About how it feels. Smooth but not too smooth, not like silk, but like cotton. Like jeans that you haven’t worn in so long and you are sure they won’t fit. But you pick them up anyway and press them to your hips, biting your lip and staring in the mirror. Maybe? The last time, they felt wrong but now these are just what you need. You pull them over your legs and they hug your thighs and slip on as if they had always been there. So comfortable, but sturdy, like they could hold your whole world view together. Like maybe this is right? This is how it is supposed to be? Maybe they just bring it on themselves? They could just be like us but they don’t want to be. They think they are better, which is just absurd, who would want to be them?

Let’s talk about antisemitism. About Jew-hatred. About hating Jews. Let’s talk about how useful it is. So easy to pick up and hurl against an enemy, a political opponent, anyone really. So light and nimble, but capable of so much damage. When you need it, it’s a cudgel. You heave it over your head and bring it down on the skulls of your antagonists, all while wearing it on your skin like a shield. When it’s thrown at you, sharp and pointed at your soft vulnerable places, alight in flames, hoping to burn down everything you have worked for, you cloak yourself in it. You fortify your ramparts with it and you hurl it back, turning its sharpness back toward your adversary. After all, who has done more for them than you? And the other side? Jew-haters, how can they not see that? How could they turn on you? They are always so ungrateful.

But most importantly, it is so hard to define. It shape-shifts so that nobody recognizes it anymore. But is this antisemitism? Is this Jew-hatred? You ask yourself. Nobody knows, you answer. Well, they know. They yell about it until they are hoarse but their incessant shouting isn’t inoculating anyone. It simply carries on. Infecting another, injecting them with its DNA, instructing their cells to become another factory of hatred, making them create more copies and more copies and more. Replicating and mutating until it breaks free and goes on to infect another.

A few years ago, a colleague, a fellow Russian-speaking Jew, told me that former Soviet Jews are the “canary in the coal mine” of Jew-hatred. We can feel the encroaching storm on our skin, taste it in the air. We can feel the moon pulling on the tides of Jew-hatred and sense the storm gathering far offshore. I smiled politely and carried on, I may have rolled my eyes just a little when she was out of sight. But the goose pimples were already standing up on her arms, she was singing a song of warning and I was not listening. And now, we see the beast that has followed us for centuries rear back and gnash its teeth at us again. I think we are suddenly realizing that this is new. This is different from the dull memory of our otherness to which we had become accustomed.

About the Author
Lena Katsnelson is the Director of the Lawyers Division and Russian Division at UJA-Federation of NY. Prior to joining UJA, she practiced commercial and securities litigation for nearly five years, most recently at Gusrae Kaplan Nusbaum PLLC. She holds a Bachelor of Science in Neuroscience from Brandeis University and a JD from Benjamin N. Cardozo School of Law. Lena was born in Minsk, Belarus and emigrated from the former Soviet Union in the late 80s. She lives in Brooklyn, with her husband and three children.
Related Topics
Related Posts
Comments
Advertisement