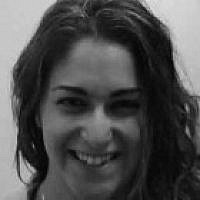 The Blogs
Emily Rose
Apply for a Blog
Please note that the posts on The Blogs are contributed by third parties. The opinions, facts and any media content in them are presented solely by the authors, and neither The Times of Israel nor its partners assume any responsibility for them. Please contact us in case of abuse. In case of abuse,
Report this post.

“Where are you going?” I yelled, “We haven’t warmed up yet!” I tried to run after them until their commander approached me politely and said, “They won’t come. A Haredi unit won’t follow a female instructor.”

I was 19 years old, only a few weeks out of Wingate Physical Training Course and it was a particularly hot day at the Nahal Infantry Training Base where I served. My officer had sent me to lead a group of trainees for a short run. Before I could finish reciting my usual, “Good morning everyone! We’re going to have a great run today,” the trainees in front of me had shielded their eyes, turned around and started running in the opposite direction. This month’s decision by the Israeli Defense Force Chief of Staff to cease recruitment to Cherev, the Israeli Druze platoon, came with the stated intention of integrating Druze soldiers into the mainstream of the IDF, so I‘d like to talk about integration.

I had the privilege of serving as the combat fitness trainer for three rotations of basic training for the Cherev battalion on Nahal Training Base. Though its soldiers live in the north, I watched them bus down to the southern part of the country for training every two or three weeks. It was my time in Cherev that exposed me to the unique culture and heritage of the Druze of Israel.

I was always taught that there is no such thing as separate but equal. The clash between multiculturalism and integration is a constant dilemma in any modern melting pot. For me, the solution was simple. I always advocated for total integration and so, at first, the idea of an all-Druze battalion was counter-intuitive. While serving in this unit I learned why it is that Cherev works so well. Cherev is unique because it allows for the preservation of culture within an integrated system. It is yet another example of brilliant Israeli innovation. Cherev accomplished what I never thought possible. It embodies what is, indeed, separate but equal.

I have learned that the Druze village, as an institution, is the cornerstone of Druze society. On that bus down to Nahal Training Base, I watched the boy from Yarka sit next to the boy from Horefesh. I witnessed the trainee from Jules sit next to his commander from Beit Jan. If you had an ear for it, you could hear the linguistic differences from one village to another. I realized that it is often considered taboo, for instance, for a man to marry a woman from another village and that the Druze of the Galil teasingly refer to the Druze of Dalit El Carmel as the “Ashkenazi Druze.” Cherev is more than just a military battalion. It provides a context for the development of a multifaceted identity. My service in Cherev taught me about integration because I saw it before my very eyes. It was the internal integration of the Israeli Druze community.

Any Cherev soldier will tell you that the most amazing part of being in Cherev is their unique masa cumta, beret ceremony. At the end of eight long months of grueling basic training, we marched in full gear through several of the northern Druze villages. The hike was a celebrated event that brought children running out into the streets, carrying the multi-colored flag of the Druze, to greet the warriors upon their homecoming. I will never forget the sparkle in the eyes of the children gazing up at the brave warriors who, for them, embodied the feeling of protection and security. Mothers emerged from their houses offering us hulwiyat, sweet desserts, and in every village we were fed, followed by an array of cheering enthusiasts, and blessed by the local sheikh. I participated in this hike three times and on my third one, I decided to stop to visit the great shrine to Nebe Shu’ayb, known in Jewish tradition as Yitro. Shu’ayb is seen as an ancestor by the Druze and, in fact, many Israeli Druze are given variations of his name at birth. I had already visited many of the Druze holy sites but this was the most magnificent. It was a holiday so I asked my friends if they would come here to pray.

“We don’t pray,” one of them replied, “We are not required to pray.”

While Yitro was not of the people of Israel, it is written in Exodus that he advised Moses to establish a system for a distribution of power while Moses was learning to govern a people who had not yet sipped from the fountain of freedom. Yitro’s contribution to our nation allowed Moses to construct a system that would help deliver our people out of the psychological house of bondage and into the framework of nationhood.

It was in Cherev that I learned that Druze have suffered from violent acts of persecution since the 11th century, that they have had to hide their identity and religion in order to survive and that, in so many respects, they have walked a journey that is parallel to our own. Druze have had to fight to keep their traditions alive. It was during my service in Cherev that I learned to be proud of my country for allowing the Druze to practice their religion freely and without fear. It saddens me that Haredi-only platoons will remain active, even as they marginalize female soldiers, while Cherev Batallion is being disbanded in the name of integration.

About the Author
Emily Rose holds a BA in Middle Eastern Studies from the Hebrew University of Jerusalem. Her work has been featured in The Forward, Hevria and Tim Marshall's news forum, The What and the Why.
Related Topics
Related Posts
Comments