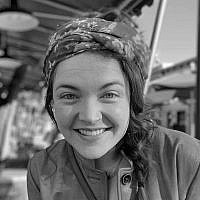 The Blogs
Anna B. Havenar
Apply for a Blog
Please note that the posts on The Blogs are contributed by third parties. The opinions, facts and any media content in them are presented solely by the authors, and neither The Times of Israel nor its partners assume any responsibility for them. Please contact us in case of abuse. In case of abuse,
Report this post. 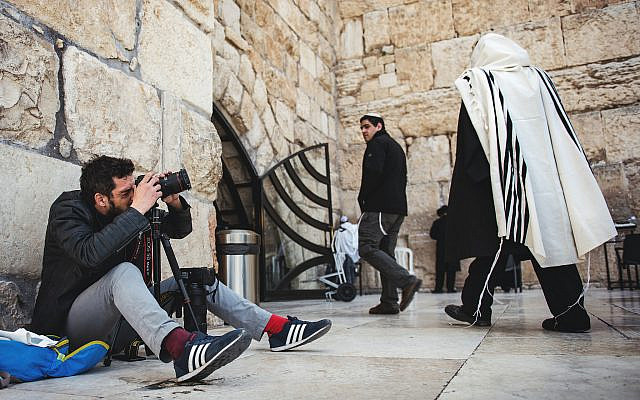 Taking a look at "Jerusalem: City of Faith and Fury" Photo by Tim Mossholder on Unsplash

When I heard that CNN released a new historical docuseries on Jerusalem, my knee-jerk reaction was: “…Really? Why?” An extraordinary volume of books, films, and TV series have dug into Jerusalem’s glorious and weathered soil from a thousand angles…Why is CNN joining the fray? And why—as Israelis would say—davka now?

Davka is a delightful Hebrew word derived from Aramaic, for which there is no exact English translation. It carries the meaning of “precisely” or “exactly,” but sometimes with an ironic or even spiteful tone. For example, *hypothetically* one might say, “If you write this article it might upset some people.” In an alternate world where I was less conflict-averse and feeling spicy I might say, “that’s davka why I want to write it!” or “So I’ll do it davka (to spite them).”

I went in with an open mind…and with eyes wide open for bias. Even so, I must admit… the first episode in the new CNN docuseries “Jerusalem: City of Faith and Fury” did indeed make me furious.

I watched a slick queue of brilliant historians and archaeologists describing the history of ancient Israel in grave and bloody detail. I was bombarded with images juxtaposing those scenes of archaic battle and B.C. bloodshed, cleverly overlaid with modern-day images of Muslims praying at Al-Aqsa, religious Jews praying at the Western Wall…and with Israeli soldiers frisking and detaining Palestinian Arabs.

They tell the story of the founding of Israel in a way that makes me wonder…what is the objective here?

The first episode of “Jerusalem” moves not-so-subtly in the direction of delegitimizing Israel in the eyes of informed individuals, even—or especially—those with an affinity for history and Bible.

It is well-documented that the Jewish presence in the land of Israel goes back to at least 1000 BC. Instead of throwing that history into doubt or denying it altogether, CNN brings in scholars and archaeologists from all backgrounds to tell us that yes, King David existed as a historical figure, and yes, Jews historically existed in the land…but they were violent, oppressive occupiers from the very beginning. They ‘sneakily’ stole the city of Jerusalem from the Jebusites for political gain.

The frames keep flashing back and forth—ancient prehistory to modern Jerusalem. It deliberately and expertly frames the modern Israeli-Palestinian conflict within the historical milieu of the ancient conquest of Canaan and the Jebusite city of Jerusalem, “stolen from its native inhabitants” by the warmongering Israelites.

And as if it weren’t enough to paint the hero-king of the Hebrew Scriptures as an evil tyrant, they just casually throw in that “some modern Palestinians attempt to trace their lineage back to the ancient Jebusites.” An out-of-place grab for the age-old “who was here first” trophy.

They take the very historical and archeological context that most scholars would admit ties Jewish people inexorably to the land of Israel, and they use it to cast doubt on the validity of Israel’s story.

CNN jumps on the train of questioning Israel’s right to the land, and instead of going back to 1967 or 1948, or even the Zionist movement of the 1800s…they go for the gold: all the way back to the ancient kingdom of Judah. Biblical history is selectively slanted, depicting ancient Israel’s greatest political and religious heroes as narcissistic, bloodthirsty colonialist villains.

The narrative wrought here is amazing to me. I haven’t yet seen the whole series, but the first episode certainly sets the tone.

I do appreciate what they are trying to do. The series is a well-made, aesthetically excellent attempt to educate people about my favorite city on earth. The Israeli-Palestinian conflict is high on the world’s consciousness, and the series is aiming to offer some objective background to a conflict around which passions are high, opinions are plentiful, and misinformation is rampant.

But to be honest, CNN isn’t saying anything new or striking. They are in fact riding the wave of anti-Israel propaganda that is sweeping the world following the recent war with Hamas and the tragedies in Gaza.

While the series is new and exciting, the messaging, at least of the first episode, is old and troubling.

Throughout their painful history in the diaspora, in each society where antisemitism would arise (notably the Nazi regime), Jews were consistently painted with the worst characteristics that their host culture could conjure. What is the greatest sin in our current western climate? Racism and colonialism.

Why twist beloved biblical stories for modern political gain, CNN? Why, davka now? When chants of “F*** the Jews” and “Globalize the Intifada” go unchecked in Western cities, and violence against Jews has risen to dizzying heights around the world. Why choose to tell the Jewish story in this way?

The answer is, davka, all-too-obvious.