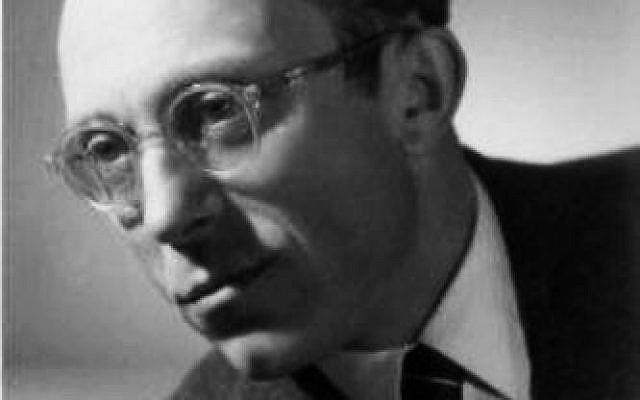 Psychiatrist Georges Yoram Federmann paid hommage to Boris Pahor at the Winter Plenary Session of international Holocaust Remembrance Alliance (IHRA), in Gothenburg, on November 29th 2022, a few days before the reopening of the rehabilitated gas chamber of the Natzweiler-Struthof former and only concentration camp, in France, where 86 jews where gassed to complete the infamous skull collection of August Hirt, from the Reichsuniversität Straßburg.

I am a psychiatrist. I have fought all my life to protect strangers (In memory of Auschwitz).
I met Boris for the first time in 2015.
He was very young, only 102 years old.

He was for me, a brother, a father, a master, a pupil and also a competitor.

He agreed to receive the Véronique Dutriez ‘s award in memory of my first wife, migrants lawyer. 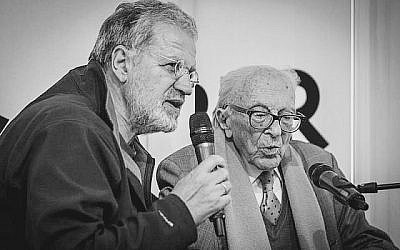 My wife Anja, our kids Livia, Amos and I, wanted to express you our deepest gratitude for your visit in Strasbourg.

We experienced a lot of uncommon, solemn and precious moments that will remain engraved in our hearts.

You made my soulmate Anja even more beautiful to me, that’s why the bond between you and me remains to this day so special.

Women who mattered in your life keep a unique position in ours, nowadays.

Fabienne Issartel’s film about Trieste depicts it as a familiar, mysterious, mesmerizing but also martyred town.

Because of its strategic location and its access to the sea, the Mitteleuropa Empire, throughout the 20th century, totalitarian regimes, had a greedy look on the city.

We became Trieste’s citizens, for ever and always, as tenants and not as owners.

The slovenian’s persecution and the two thousand nazi’s concentration camps (including Dora) weren’t well-known in France, and that’s what makes your book Pèlerin parmi les ombres (Pilgim among the shadows, Nekropola, 1967) a precious testimony and makes you a unique witness.

I disagree with your definition of love which is supposed to save the world. Unlike you, I think love tend to divide and split people. And yet, I have to admit that your definition makes things more vivid.

Indeed, in some rare occasions, two hearts and two souls can perfectly match and sometime form three entities (one plus one equals three) and can change the world, as long as love doesn’t turn into hate.

The way you led your life makes sense of this jewish saying: how am i rewarded with a good deed (mitsva) ? Make another one !”

You can’t imagine how much your presence gives us the will to keep fighting and questioning the world, while acknowledging its limits and weaknesses and to protect outcasts.

One of Boris’s last enagegements was to support our request to make free the entrance to the Struthof, where he had been interned.

His remembrance also compels us to alert on the tragic political situation in Israel, threatened by the presence of supremacists in the government.

The caregivers that we are cannot remain silent
because Israel is the guardian of Yad Vashem.
Boris had the Mediterranean sea, in front of him.
I would like to dedicate him my poem: Our Sea:

“Our sea, so deeply blue,
May your name be shared,
May Your horizon allow us to feel like born again,
Welcome us with your will and your mercy,
Provide us with our daily Triton (1),
Like a trumpet of fame,
And no longer like a coffin,
forgive us our failures and mournings, as well as we shall forgive our executioners,
And don’t submit us to quotas,
But set Europe free from its fears and yokes.”

Notes : Operation Triton was an operation conducted by Frontex, the European Union’s border security agency. The operation, under Italian control, began on 1 November 2014 and ended on 1 February 2018 when it was replaced by Operation Themis.

French (since the age of 8), militant Jew, born stateless in Morocco. He fights for the defense of the marginalized, and for the recognition of the right to exist of the State of Israel, while defending the Palestinian cause. With the Menachem-Taffel circle, an association which campaigns for the recognition and memory of the atrocities committed in Strasbourg by Professor August Hirt at the Nazi Faculty of Medicine ( 1943 ), he helped to restore an identity to the 86 Jewish victims of these crimes. In 2011, in
tribute to the victims, part of the “Quai Pasteur” in Strasbourg was renamed “Quai Menachem Taffel”, after the name of the first body identified. In 2015, the cinema documentary “Le Divan Du Monde” (directed by Swen De Pauw) follows his psychiatric consultations, with uncovered faces. In 2019, Georges Federmann exposes the political and philosophical details of his humanist commitment in the documentary “Comme Elle Vient”, shot in one night facing the camera (again directed by Swen De Pauw). He married Véronique Dutriez in 1980, a teacher and committed community activist, with whom he had three children. The death of Véronique, killed by a patient, occurs suddenly on November 16, 2005. He remarried in 2007 to Anja Vogel, journalist at Radio France, specialist in Europe, with whom he conceived two children.

(Note: The Subtitles are generated automatically)