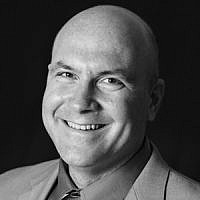 I am a liberal Zionist, which I take to mean that I understand and honor the history of Islam, and at the same time I support the State of Israel and its right to exist in a dangerous Middle East. I am proud to say that I love Israel, its land as well as its cultures, and its ethical behavior towards its minorities and its neighbors. I sympathize with and support the Palestinian people, but I believe their worst enemies have been Yasser Arafat and Hamas. I’m not proud at all of my current president, even though he is the most stridently pro-Israel leader we’ve ever had.

Liberal Zionism exists in a strange position, in part because the media perpetuates a distorted version of Israel. As a liberal, I understand how to spot bias in the media, and I can see that it consistently undervalues the lives of people of color, for example. Liberals are well-schooled on how to spot that bias, and how racist assumptions often frame stories. If those same ways of critiquing the media were applied to the question of Israel, more people would be aware of how deeply anti-Semitism has saturated our culture, and how that anti-Semitism creates a villain out of the Jewish state, making it the target of ever-renewed ancient slander against Western Culture’s image of a cold, heartless Jew. Even in Western Europe, that slander continues to his day — even in Germany. To imagine that all that hate, and the current threat to the safety of Jews in Europe, can be separated from the characterization of the Jewish state as villainous is absurd.

This past week, liberal Zionism got a boost from one of the Jewish Supreme Court Justices, Elena Kagan. During oral arguments about Trump’s new ban on Muslim immigration, Kagan asked whether a similar ban against Israel would be constitutional. The question was intriguing, because it points to a bind that liberal Americans have found themselves in. How can they oppose Trump’s targeting of Islam, while many of them similarly target Israel, through movements like BDS? Liberal Zionism provides a clear, constructive answer. We can’t.

We cannot ethically ban immigration from Muslim countries, and for precisely the same reason, we cannot turn our backs on the multicultural democracy of Israel. Her point was certainly not that we would actually ban Israeli immigration, but rather to question how we connect nations, religions and blame. Her analogy is so simple that she made it in the form of a question, without even needing to frame a complicated argument to support it. We will see how she votes, and what decision the court makes. But in that quick moment, Kagan may have pointed toward the future of liberal Zionism.