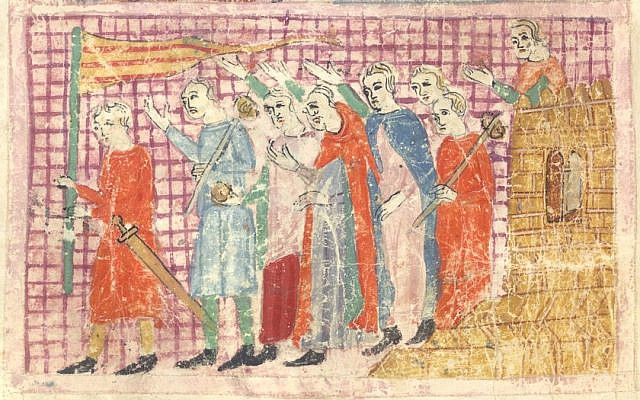 The great moment of national liberation, the event upon which the whole of Israelite history depends is the Exodus from Egypt. Yet preparations for this nation-changing event are introduced in the Torah by the seemingly inconsequential announcement to Moses that “this month will be to you the first of the months.”

Of course the rabbinic interpretative tradition does not consider this sentence in any way as inconsequential. That the Exodus was to take place in a specific month is seen as profoundly significant. It implied that the timing of the Exodus was pre-determined.

The ancient exegetes used the Song of Songs, the erotic biblical love poem, to highlight the pre-determination of the Exodus. In Chapter 2 of the Song, the lover prevails upon his beloved to elope with him. He tells her that the winter is over, the rain has gone, the buds of spring have appeared on the earth. These phrases, according to the midrash, are all metaphors for the Exodus: the winter of slavery is over, the oppression has passed, the buds of a new future are emerging. Then he tells her that the time for birdsong has arrived. The birdsong, metaphor for the Exodus, begins each year at a specific moment. Like birdsong, the Exodus would take place at a pre-determined season.

That the timing of the Exodus was pre-determined has already been established in the prophesy to Abraham, that his enslaved descendants would be set free after 400 years. But the rabbis were not content merely with the determined inevitability of this prophecy. Instead, they drilled down into the phrasing of “this month will be to you the first of the months” and decided that its significance hinged on the words “to you”. The year of liberation might have been prophesied, but the month in which the Exodus was to be commemorated annually, the month of the Passover, was to be declared by “you”. In other words, the fixing of the months was in human hands not in heaven.

They illustrated this by quoting the verse “These are God’s seasons, which you will proclaim.” The months and seasons were to be computed by Moses. Even if he was wrong, his computation would stand. “You and I concur,” the Midrash has God saying to the angels “with Israel’s calculation of the year.”

This was a radical idea. Years and months in the ancient world, were determined by the rotation of the earth and moon. They were observed, not calculated. But even constructing a calendar based on observation was not simple. Rules were needed: to determine the precise moment when the moon was new, to align the shorter lunar cycle with the longer solar year so that the various festivals fell in their right seasons. For the Israelites, taking the control of the calendar required a sophisticated understanding of mathematics and astronomy. It was, for them, the beginning of science.

The Exodus from Egypt was framed by a commandment to construct the calendar; to understand and utilise the tools of science. The Exodus was not just the moment of national liberation. It was also the moment when Judaism became a religion of the mind, of science. A religion unafraid to ask questions, and to face up to challenging answers.