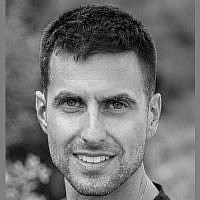 The Blogs
Steve Rubin
Abu Yatir
Apply for a Blog
Please note that the posts on The Blogs are contributed by third parties. The opinions, facts and any media content in them are presented solely by the authors, and neither The Times of Israel nor its partners assume any responsibility for them. Please contact us in case of abuse. In case of abuse,
Report this post. 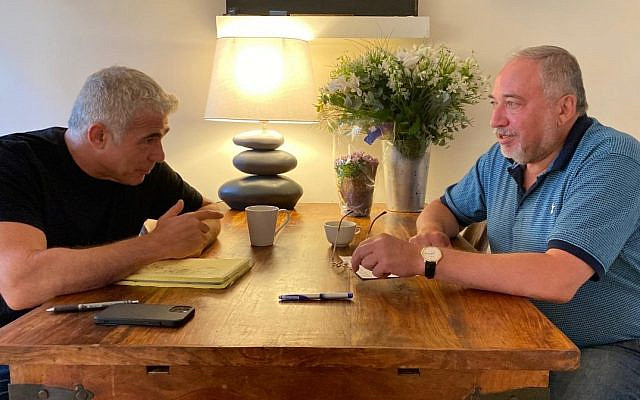 It’s no secret that Israel’s new finance minister, Avigdor Liberman, is well-versed in the world of theater arts and possesses a deep passion for classical Russian literature. Before making aliyah in the late 1970s, Liberman’s career trajectory was more in line with that of an aspiring literary critic and playwright than of someone who would one day hold nearly every major cabinet portfolio in Israel’s governing coalitions.

Now, after more than two chaotic years which included four election cycles, multiple caretaker governments (and one government that barely functioned), a global pandemic and a two-week military operation in Gaza, Liberman is back from the benches of the opposition as Israel’s new treasury minister and will take the reins of Israel’s economy for the foreseeable future. In a post-COVID-19 world, there is no more important cabinet position, and it could even be said that the person responsible for such a critical portfolio will be the prime minister behind the curtains.

Not only did Liberman make good on his campaign pledge in demanding the coveted Treasury Ministry, but his Yisrael Beytenu party also received the chairmanship of the Knesset’s Finance Committee and another influential ministry that deals with development in the Israeli periphery. There is no doubt that the combination of these three positions is akin to being in possession of the government’s monetary holy-grail.

Throughout the recent election campaign, Liberman promoted a multifaceted platform that aimed to send both Binyamin Netanyahu and his ultra-Orthodox coalition partners packing for the opposition. After years of working with the Haredi parties from inside the government, Liberman realized that the future of Zionism — and consequently the State of Israel — could not be secured without shaking the balance of power between religion and state and slashing the disproportionate funding for communities not sharing in the country’s national burden of responsibility.

Although Prime Minister Naftali Bennett vowed not to damage the status quo that has existed across a number of issues relating to religion and state (specifically within the ultra-Orthodox sphere), Liberman should be able to redirect enough of the national budget in a way that may have a lasting effect on the country’s socio-economic structure – most notably by cutting funding to scholastic institutions that do not meet the basic academic criteria in promoting core-educational subjects like mathematics and English. This would, in turn, give a number of young ultra-Orthodox men and women the necessary tools to enter the world of higher education and the Israeli workforce without the de-facto imposed reliance on government stipends, self-serving rabbis and their emissaries in the Knesset that aim to keep the ultra-Orthodox lifestyle as insulated and insular as possible.

There are other major reforms pertaining to religion and state that were part of Yisrael Beytenu’s platform and essential to the party entering the government: the issue of public transportation on Shabbat; transferring authority over conversions to local rabbis; breaking the monopoly on kosher certification and the issue of civil marriages within Israel. However, due to certain ambiguities and contradicting clauses in the coalition agreements signed between the different parties, some of these issues may never make it to the forefront of the government’s priorities. And yet, by controlling the Treasury and the powerful Finance Committee, Liberman can ensure that certain funding channeled quietly to the ultra-Orthodox communities as part of the quid-pro-quo between Netanyahu and the Haredi parties over the years will be halted.

Assuming he can capitalize on investing in key national infrastructure projects without having to raise taxes on the middle and lower classes while also getting many Israelis back to work – many of whom were taking advantage of getting extended furlough payments – Liberman has the chance to succeed in a manner similar to the Shamir-Peres Unity Government in the 1980s and of course much in the way Netanyahu was lauded when the latter was Treasury Minister in 2003. Ironically, Netanyahu jettisoned his reforms by cutting major budgetary aspects that benefited the Haredi communities.

So how has Liberman’s affinity for theatre and literary drama come full circle through the creation of the new government? Already back in April 2019, just after the first election, he surprised everyone by refusing to join Netanyahu’s bloc of right-wing and ultra-Orthodox parties by making demands to which the Haredi parties could never agree. The unexpected departure of Liberman from Netanyahu’s bloc was the first block of Jerusalem stone removed from the Balfour residence (the Prime Minister’s official residence in Jerusalem) and subsequently set everything in motion for eventually sending Netanyahu to the opposition.

Liberman, who had been an ally of Netanyahu since the mid-1990s and most recently served as defense minister from 2016-2018, could no longer tolerate his former boss’s political trickery, humiliation, capitulation to the ultra-Orthodox and the tight handcuffs that prevented him from carrying out what he believed to be the necessary policies vis a vis Hamas in Gaza. From here, the final act in Liberman’s script for toppling Netanyahu began to take shape, and like any successful dramas full of suspense and unexpected twists, the buildup to the finale didn’t disappoint.

Up until now, Avigdor Liberman has stood by each of his election promises and many see him as the tactician responsible for being able to weave together such an unlikely cast of coalition characters. And while many of the party leaders who came together to replace Netanyahu (for now) were forced to make a number of far-reaching compromises and concessions, Liberman was able – at least on paper – to have the demands of his social agenda addressed, in addition to securing his party’s monopoly over such an important part of the economic agenda; all while taking credit for being the first domino in Netanyahu’s bloc to fall and paving the way for others such as Gideon Sa’ar, Ze’ev Elkin and, most notably, Naftali Bennett to follow.

Now all that remains is the epilogue.

About the Author
Steve Rubin is a tour guide, lecturer and freelance writer whose works have been published both in Israel and abroad. He is the co-founder of Finjan Israel - an alternative travel and trekking company based in Tel Aviv and holds an M.A in Diplomacy from Tel Aviv University.
Related Topics
Related Posts
Comments
Advertisement