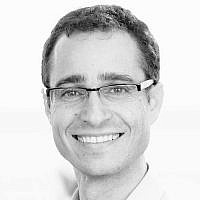 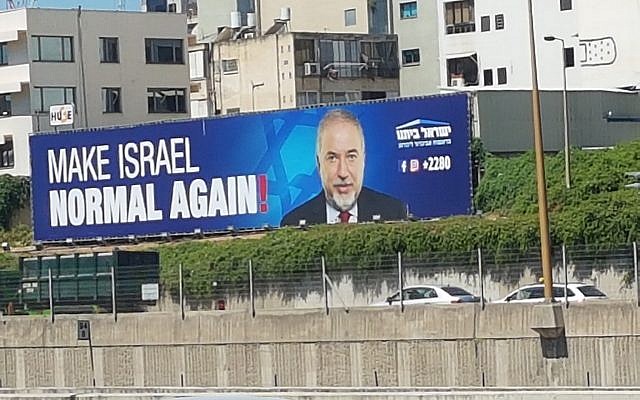 Elections are here and the Israeli political ecosystem has awaken once again. One party that attracts a lot of attention is the Israel Beytenu party led by Avigdor Liberman. Last elections the overall sentiment towards this party was very interesting. For example, it was a know phenomenon that many polls conducted before the last elections, didn’t even include the Israel Beytenu party as one of the options on the polls. The common claim was that the party will not make it to the Knesset since it will not pass the minimum threshold of number of voters, required by law.

The comeback couldn’t have been more sweet. At the end, Israel Beytenu made it to the Knesset with five seats. It was then clear to everyone, that the assumption that Liberman will not make it to Knesset were completely incorrect. Liberman showed he is here to stay and that he is backed by large numbers of voters (who might not be participating in voting polls) which are behind Liberman’s political agenda 100%. Due to current developments, for the up coming elections it seems that Liberman has a chance to double the size of the party.

The current campaign slogan for Israel Beytenu is MAKE ISRAEL NORMAL AGAIN and this should be explained. What is the “NORMAL” Liberman is seeking? The answer is already out there.

Liberman emphasized over and over again that he respects the Jewish tradition and the fact that Israel is a Jewish and Democratic country. With that he often repeats the known phrase of “live and let live” to message the idea that there is room for everyone in Israel, and that one sector should not force their way of living on other sectors.

With this approach one can understand why Israel Beytenu is on the rise on all polls right now. When the two large parties, the Likud and Kachol Lavan say, in turns, that they seek partnerships with the ultra religious parties “Shas” and “Yahadut Hatura”, they are basically saying that they will allow the religious parties to force their agenda over the majority of the non religious society in Israel. The “surrender” of these leading parties would be done, only so Netanyahu or Gantz will improve their chances to form a government and become prime minister. And against that approach of Likud and Kachol Lavan, Liberman firmly states that he will make sure the next government will be formed by the three parties, the Likud, Kachol Lavan, and Israel Beytenu, and without the ultra orthodox religious parties.

Liberman also emphasized the fact that he is not against the Haredim (ultra orthodox) but that the current situation, where they give the tone in the Knesset and in the government (where nothing can be passed without their approval), couldn’t continue. He did mention that after forming the coalition (including the agreement of the three parties on the basic guiding principles of the coalition), and after passing the budget, only then would the ultra orthodox parties will be invited to join the coalition.

Just a reminder, what are the major topics that are the basis for this political religious and non religious tension, here are a few: serving in the IDF; allowing a more welcoming approach, the “Beit Hillel” approach, for people who want to convert to Judaism; allowing the opening of shops on Shabbat in some places; allowing public transportation on Shabbat; conducting necessary work on Shabbat (like the Yehudit Bridge in Tel Aviv); closing of factories who need to operate on Shabbat by the nature of their operation (like the Finizia glass factory);  and more.

Each of these topics needs a longer explanation and discussion. Once we remember the over all approach of “live and let live”, and that the majority of the Israeli population are not religious (they are traditional but not religious), and that they have rights too, which need to be taken into consideration, it is only NORMAL to demand, that the majority of the Israeli society, will have a better position around the decision making forum- in this case in the coalition and in the government.

I can add that I have learned this week once more that there are always more than one way to look at a situation. Take public transportation on Shabbat for example. For years it was an issue of conflict between the religious and the non religious in Israel. Recently, you see that more cities allow limited public transportation in their cities. Some are offering new semi-public buses which take people to the beach and from the beach.

And with this regards, I came to three conclusions: First, by allowing more public transportation on Shabbat, we allow more people to experience “Oneg Shabbat” (the “joy of Shabbat”), in the way they choose to do so. Second, more public transportation on Shabbat, could mean LESS “Chilul” (“breaking”) of Shabbat. This is so only because instead of 50 people using 50 cars on Shabbat, driving and looking for parking etc., you will only have one bus serving 50 people. And third, we will get nowhere if we continue to force the religious Shabbat over non religious people. If anyone cares for the Israeli society and wants to maintain and increase society’s overall respect to the Jewish tradition, forcing the religious way of thinking, will not make people get closer to Shabbat and to Jewish values and traditions. Just the opposite. 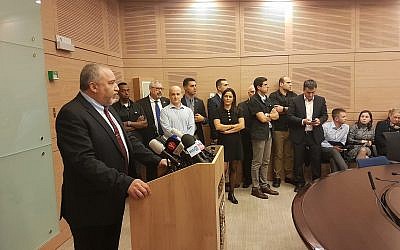 Liberman stated that he will not join a coalition with the ultra orthodox, and that he will force the Likud and Kachol Lavan to form a joint coalition. If this is the case, seems that the Israeli political system is standing before a major change, back to NORMAL, which we have not seen in a very long time.

Disclosure: Last elections, Shahar Alon was on Israel Beytenu’s list of candidates for Knesset, and he is now serving as the Tel Aviv Campaign Manager for the party.