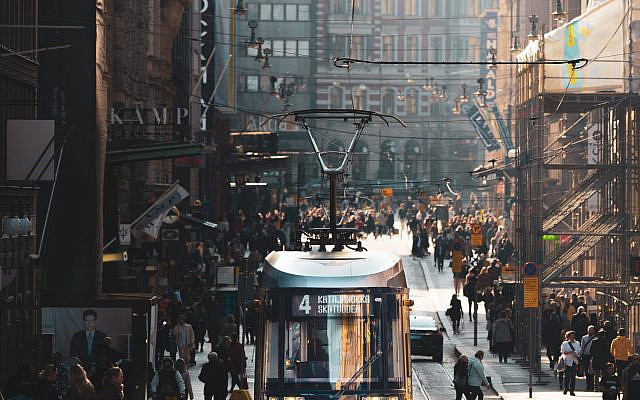 Israel has been seen taking extreme measures when comparing to other countries. Or actually even to any country in the world. How did we come to this? What implications and side-effects does such measures produce? A recipe for causing mass hysteria and worries.

First of all, there will always be someone who knows someone who has been affected, or are afraid due to having asthma or other respiratory illnesses. That’s fine. It’s a totally normal reaction to take countermeasures and feel worried.

But there is one thing that definetely DO NOT help the current Virus outbreak, this new strain of influenca called CoVid-19 to be exact. That thing is taking extreme measures.

We lived through SARS and Mad Cow Disease. Each year we survive the normal winter flu. Those in the risk zone considered fatal are elders – people of age 56 and above with no access to health care or does not accept health care. The health care usually consists of preemptive measures like taking a flu shot. Nothing strange.

Each year over 1 million people die from normal influenca – these people were in 98% of the cases over 56 years of age and didn’t seek treatment according to WHO.

So far, no one under the age of 10, with or without respiratory illnesses has succumbed due to the CoVid-19 Virus strain. It seems as the younger you are – the better you handle it. Which is good news I think everyone can agree about.

Now – the virus only spreads by human contact or briefly as an aerosol IF you happen to breath in someone else’s sneezing. That’s how you can get infected. The virus doesn’t survive outside it’s natural habitat – which are humans. Your pet doesn’t carry this onto you, neither will a mouth cover help whatsoever. A mouth cover only helps containing the virus if carried by those already infected – yet again according to WHO.

A recipe for mass hysteria and panic contains the following: the government issuing travel warnings to Germany and Spain, forcing people into a 14-day convalecense self-containment, not controlling the flow of information – making it hard for people to actually judge if this is a zombie-apocalypse or just a new type of flu.

While watching Israel right now and the current course it has taken in battling this virus – it hasn’t helped anyone so far. The number of infected people are on pair with other developed countries. The mortality rate is equal. Quarantine, bunkering food and avoiding work or just going on with your daily life hasn’t helped or worsened the infection rate in Israel in any way.

The only effect it had so far is that a considerable amount of people are quarantined. And I suffer with you. I was sick for 9 days earlier – trust me Netflix runs out of crap to watch after 5 days or so. And then I was sick, so Netflix entertained me. Those of you quarantined now are healthy – in 99,99%. I can only imagine how boring it must be. Like taking part in the show ‘Big Brother’ but without all lunatic people to socialize with.

So what are the effects of mass hysteria? They are severe. It slows down the economy significantly – heck my Israeli stocks are down by -40% at least. It closes schools and public services. Some suggest it affected the voter turnout in this 3rd round of elections. People stock up on food – leaving shelves empty for those not making it in time. There is no control whatsoever – who actually abides to the quarantine rules? Who cannot get their groceries because someone else bunkered up like war is looming upon us? What decision makers at the Health Ministry actually came up with these guidelines?

When looking on it from a birds-eye perspective – Israel has gone completely bananas on this Virus strain. People get worried, stressed, scared and resort to actions which at least can be seen as quite reactive.

So then there is the Italian case – why did so many people get infected there? It was a combination of the Italian government’s complete dysfunctionality paired with a broken health care system sub-divided by districts, comunas, towns and villages. And not reacting in time.

Israel reacted in time – just as the rest of the EU did. Even Greece who seems to never rise out of it’s economical recession managed to scramble in time. But no other government in any other country took such extreme measures as Israel did. It has gone so far that Israel has been made laughing stock by columnists at Die Welt, Aftenposten and a Danish newspaper.

No one is happy with this situation – but by applying appropriate measures instead of making a big Balagan, Israelis could have continued their lives as usual.

The EU guidelines are simple – life must go on as usual. There are only losers in a hysteric situation. Wash your hands thoroughly and often. Don’t visit northern Italy or affected parts of China – if not necessary.

That’s about it. And see – I can continue my life as usual. I’m not afraid. The WHO says that while there is no specific vaccine for this Influenca strain – taking your regular winter flu shot if you are in the fatal risk zone – i.e. being an elder with respiratory illness will help.

The Health ministry in my EU country, together with it’s monitoring group of experts has treated and isolated the 53 cases here so far. Zero fatalities. They state that the peak has been reached and judging by news reports – it seems to fade away.

I’m off to Spain next week for two conferences. I’m not afraid. I will not stop living my life.

Take care of yourselves, calm down and please don’t panic. Please.