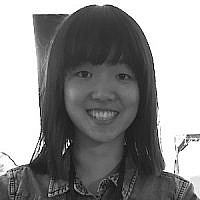 The Blogs
Tina Hu
Apply for a Blog
Advertisement
Please note that the posts on The Blogs are contributed by third parties. The opinions, facts and any media content in them are presented solely by the authors, and neither The Times of Israel nor its partners assume any responsibility for them. Please contact us in case of abuse. In case of abuse,
Report this post.

I’ve been back in China forty days already. However, I never got to finish Zeng’s story; I wrote and erased over and over again. Me myself was in an overwhelming confusion when first back home. And whenever I thought of Zeng, my doubts about life just increased.

Similar to most Chinese construction workers in Israel, Zeng works honestly and diligently, with a nature of kindness and warm heart. Their working condition is much more normative comparing to the food industry, where they don’t confront with much trouble for insurance or salaries. Nevertheless, there still is some defection regarding their payments.

Anyway my focus is everything but working right. I asked many questions on that topic, and Zeng answered in a mild tone. He is quite satisfied with his current life, except heavy nostalgia. Though he gets some nice local friends, his family far away are rooted in his deepest thoughts.

Corner Near the Residence – http://www.ashdodnet.com/article/16822?as_frame=true

“My boy just graduated from middle school,” Zeng told me in pride with a warm voice, sitting on his dark messy bed, “he’s pretty clever, and very good at playing soccer.” Later on whenever I was reminded of this scene, I felt a compulsion to give my dear dad a huge hug. His son must be expecting his coming back home, after which the two men would talk freely — especially, the young man would tell his hardworking father how great he’s achieved so far.

After near 13 years of staying in Israel, Zeng expressed his affection for this lovely place. He has some trouble in extending his working visa. On the one hand, Zeng is willing to stay longer, after all he’s doing well in his work, and he has quite a few friends here. On the other hand, Zeng considered going back home a good idea; he’s tired of being in a foreign country for so long, and his nostalgic mood has been growing. Ilan joined us after he finished talking with the manager of this working group. This time, Zeng immediately denied his problem with his visa when this question was raised. My roommate was there with me during the meeting; he’s an experienced person with sharp insight. He pointed to me this detailed anxiety after we came back. Seems that Zeng tried to conceal some factors about his working visa, which he did not want Ilan to get involved. The reason, however, we were unable to track or tell.

Thriving City Without a Flaw – http://www.imgneed.com/image/petah-tikva-israel-city/etz-lavud-project-petah

Zeng works and lives in Petach Tikva. It means “opening hope” in Hebrew. But the only thing I sensed from Zeng’s place after one and a half hours was depressive lost.

On average, Zeng gets around 15,000 to 20,000 shekels a month from his salary, plus several thousand from extra work. This is a considerable income even in an expensive city like Tel Aviv. But their living habitation, apart from the cheap material and crude construction, not to mention the squeezing space and the poor equipment, is challenging my tolerance for messy and dirty residence. I am not particular about living conditions, but dirtiness is something uncompromisable. But every worker seems to be naturally accustomed to it here. In contrast, nearby are modern fantastic buildings built by themselves, adding a touch of bright, cute black humor. 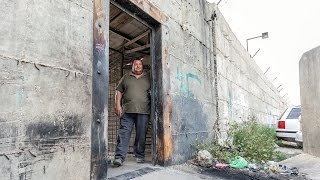 Living in Edge of the City － http://img.youtube.com/vi/C7HT7fXhJoU/mqdefault.jpg

“How do you like your life?” I asked Zeng.

“What can I expect — just live day by day and put it all up. We don’t talk about ambitions or pursuits. The only thing we can reach is work for more money to fulfill filial piety and to raise the kids. Our own pursuits are too faint.” He was talking in a mild tone, while I can not record his facial emotions. Sometimes when I see my parents staring at something, I would conjure up the image of Zeng as well.

That day after I came back, I felt as if half of my soul had been blocked somewhere in the dark corner of Zeng’s ghosty room. My roommate told me about his experience traveling in China ten years ago. He visited a factory in Shenzhen City, where it was 100 time dirtier than Zeng’s place, with 100 times more mechanical tasks and one tenth the salary. However, his voice turned gentle and calm, “I saw on their faces, faces after such harsh work, is this –” he made me a full bright wonderful smile, “it’s a smile — I cannot express my feelings then.”

Now that I am back, I found myself an internship in a slight hurry. I could not bear barren days floating. While I commit myself to work, I tend to forget my troubles more easily, such as what kind of life I wish to have, and whether I should give up my passion to work like a typical Chinese… While I work, the only thing in mind is finish my task perfectly. Simple days like that seem to be unacceptable in a free and independent country where everyone seeks to be grand and unique like Israel.

But for this moment, I noticed how much free happiness it grants to the complicated world.

About the Author
But real adventures do not happen to people who remain at home: they must be sought abroad. -- James Joyce
Related Topics
Related Posts
Comments