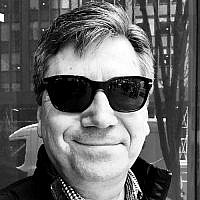 The Blogs
Harvey M. Lederman
Apply for a Blog
Please note that the posts on The Blogs are contributed by third parties. The opinions, facts and any media content in them are presented solely by the authors, and neither The Times of Israel nor its partners assume any responsibility for them. Please contact us in case of abuse. In case of abuse,
Report this post. 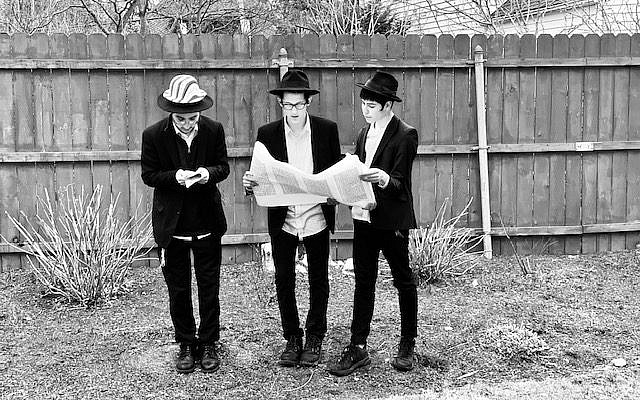 Life during quarantine, to be honest, has been quite trying. As the rock group Talking Heads sang, admittedly in a very different context: “This ain’t no party, this ain’t no disco, this ain’t no fooling around.”

On the plus side, I haven’t shaved for over a week now and I don’t need to use an app each morning to get myself a cup of coffee. On the negative side, well, let’s just say the list is somewhat longer. Since finding out early last week that a member of my suburban New York community and synagogue had tested positive and been hospitalized with the coronavirus, I, along with some 1,000 fellow congregants and residents of New Rochelle, have been homebound.

That means no work, school or prayer services; no shopping excursions; no going for a run or bike ride; no walking around the block. Just some extended quiet time at home, right? Until you have to live it day after day, early morning until deep into the night, with no respite.

Those with school-age children have utilized online video classes provided by their schools, if only for a small portion of the day. Some of us are fortunate and able to work remotely from home, with laptops and VPN access to our corporate networks, albeit with the distraction of constantly fishing for the latest online updates posted by the New York State health authorities and various news outlets.

At this writing, there are 121 confirmed cases in Westchester County, with the vast majority in New Rochelle, including our synagogue’s rabbi and his wife. New York City has reported an additional 52 positive cases; statewide, 216 infected individuals were confirmed as of March 11. Several hundred people in our community have been tested for the virus, which explains the high number of confirmed positives – a fact that, surprisingly, has been lost on most government officials and members of the media.  At the same time, many families remain untested, anxiously waiting for a testing team to ring their doorbell. They call the dedicated New York State Department of Health hotline, they email and text anyone in authority who, they hope, might be able to help expedite things. And, yet, they wait. For those of us who have been tested, we wonder why the phone doesn’t ring with news of our results in the promised 24-48 hours. It is taking up to 72 hours, possibly longer. Interminably long.

Although we were initially directed to voluntarily “self-quarantine,” it quickly became clear that there was nothing voluntary about the advisory. If you attended services at the synagogue on February 22-23 you were to quarantine yourself in your home for a period of 14 days from the last date of possible exposure. At the same time, the state directed our synagogue to cancel all services immediately and close the building for the foreseeable future. This past Shabbat, rather than holding a quorum for services at our beloved synagogue, as we do each week, we had home quarantine instead. The quarantine was subsequently extended to include those who were at services or other community events on February 28-29 and March 1. That means that many of us will finally be able to emerge from quarantine this weekend.

As an aside, the word being used in the Israeli press to describe self-sequester, בידוד, means isolation and solitude and somehow sounds less disquieting – even contemplative — than the Hebrew word for quarantine, הסגר.

But the drama continues to unfold. The latest update was delivered on March 10 by New York Gov. Andrew Cuomo. The governor announced that a one-mile “containment area,” with the Young Israel of New Rochelle at its epicenter (some media outlets chose to name the synagogue as such, others opted not to), would be established. From a practical standpoint, that means schools, houses of worship and other large gathering facilities within that radius will be closed for two weeks, from March 12 to March 25. So, the next time we will be able to come to shul for Shabbat davening is March 28.

More troubling, the National Guard has come to New Rochelle. The governor deployed troops, ostensibly to have the Guard assist in sanitizing schools and other public spaces and to mobilize food deliveries to families directly impacted by the school closings. We’ve been told that grocery stores and other local businesses located within the one-mile radius will remain open during the two-week period and that people will be free to come and go. Even so, some are wondering whether the Guard has been deployed for a more ominous, unspoken mission to ultimately enforce quarantine of those living within the circle.

Despite the hardship the quarantine poses to families, our community-at-large has nobly risen to the occasion. Our friends and neighbors in New Rochelle, Scarsdale, Riverdale and other nearby communities have kindly and generously reached out individually and in groups with offers to shop for food, deliver a much-missed misto or latte or just lend a friendly ear.

Local and not-so-local kosher restaurants and food establishments have offered to deliver to New Rochelle and waive all delivery fees, utilizing a delivery method that, by necessity, avoids close contact and has been dubbed “drop and dash.” On Purim day, business colleagues of one of our community members sponsored Mishloach Manot to every Young Israel family, with food provided by the local kosher Chinese restaurant. The restaurant owner himself selflessly gave up his personal Purim celebrations in order to make sure every family received the much-appreciated surprise gift. In all, he delivered to 350 homes. That’s a lot of dropping and dashing.

Daily communal food orders are organized via a dedicated food-centric WhatsApp group, with various restaurants and food choices ranging from pizza to schnitzel to authentic Texas-style barbeque. I wonder whether we should also be reaching out to Peloton to inquire about getting a group discount on a truckload of bikes.

But of all the wonderful gestures of caring and concern, a few stand out: Last Thursday, concerns about the coronavirus led the UJA-Federation of New York’s Westchester division to cancel its annual celebration event. UJA, together with the caterer, quickly mobilized to repackage all the food from the event into Shabbat care packages that its volunteers then delivered to homebound New Rochelle families. Even more touching, this past Shabbat the New Rochelle Girl Scouts, whose Girl Scout House is not three minutes from my home, tied purple ribbons around the neighborhood, including in front of the Young Israel building, that read “We Support Our Neighbors.” Hand-drawn signs, with the hashtag #NewRoStrong, were pitched on the lawn in front of the Girl Scout House. One of our thoughtful members suggested that we donate to the Girl Scouts to express our gratitude. Quicker than you can say Venmo several thousand dollars were raised. No cookies were exchanged.

Finally, amid much consternation and debate about what to do about megillah reading, given that we were unable to gather as a community, Chabad of Westchester County came to the rescue. The New Rochelle-based Chabad outpost mobilized dozens of students from its nearby mesivta (an Orthodox yeshiva secondary school for boys), located about 10 miles away, to come to New Rochelle to read Megillat Esther at night and again the following day. Coordinated by the local Chabad shlucha and a couple of our community members, groups of students were formed and assigned to one of 16 routes. Keeping their physical distance, the boys read in people’s front and back yards or even from the street curb. In this way, they visited about 130 homes in total — some families were happy to wait until well after 11 PM on Purim night. The megillah reading completed, the boys broke out in song and dance that we, sadly, could not join before they moved on to the next family. Again, someone suggested a fund-raise. The community pulled out all the stops, utilizing Venmo, Zelle, PayPal and even checks to make their contributions. The final tally isn’t in yet, but so far we have raised multiples of the generous donation made to the Girl Scouts.

No community should ever have to go through what our New Rochelle community is enduring. The feelings of anxiety, concern, uncertainty and more. The stir-craziness of being cooped up in one’s home. However, the community is at the same time growing closer. We gather on Zoom conferences to participate in shiurim and group Tehillim readings for our friends who are ill but also to come together as one to raise a l’chaim, as we did on Purim night.

When this is all over, and everyone is out of quarantine and our friends are fully recovered, we will happily stop relying on our phones as a lifeline to keep us connected minute-to-minute via WhatsApp, iMessage and Zoom. We will go back to using our phones for what they were meant for: we will order our coffees by app.