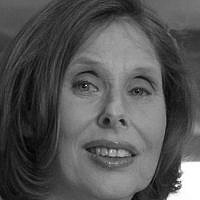 The Blogs
Paula Jacobs
Apply for a Blog
Advertisement
Please note that the posts on The Blogs are contributed by third parties. The opinions, facts and any media content in them are presented solely by the authors, and neither The Times of Israel nor its partners assume any responsibility for them. Please contact us in case of abuse. In case of abuse,
Report this post.

This week, I light two memorial candles: tonight is the first yahrzeit of my dear friend Shirley, who died last year on 1 Sivan. Tomorrow night, my memories will turn to my beloved father, who died on 2 Sivan, 23 years ago.

Shirley would have turned 100 this year on July 2, the day in 1776 when the Continental Congress declared its freedom from Great Britain. My father was born on July 4th, American Independence Day that marks the anniversary of the signing of the American Declaration of Independence that same year.

As American-born children of Jewish immigrants from Russia, they appreciated the educational opportunities available in America. Shirley was the first in her family to attend college, while my father followed in the footsteps of his college-educated older siblings.

Both epitomized the values of the “Greatest Generation,” dedicated to preserving the ideals of American democracy throughout their lives. During World War II, my dad — a US Army officer who landed on Utah Beach on D-Day – was an eyewitness to the Nazi atrocities while serving in a field artillery unit in Europe. Shirley worked on the home front, as a junior engineer at a gun and ammunition factory and subsequently as a “leak tester” on the Manhattan Project (although at the time she did not understand the project’s significance). Throughout their lives, they remained fiercely devoted to upholding their commitment to democratic values – my dad as a teacher of American history and principal at an urban public high school, and Shirley as a tireless volunteer for her local community.

Today, I fondly recall their precious memories, the ideals for which they fought, and their dreams that the discrimination and hatred their generation had experienced would be eradicated forever. Yet today, we face multiple threats to our fragile American democracy, the rise of white supremacy, and a sharp increase in virulent antisemitism, including physical assaults. In 2021, the Anti-Defamation League reported 2,717 antisemitic incidents throughout the US, representing a 34 percent rise from the previous year, the highest number recorded since 1979 when ADL began tracking.

Meanwhile, I am still trying to process the deadly mass shooting that killed 19 school children and two teachers at the Robb Elementary School in Uvalde, Texas. But it’s not an isolated incident. We are living during an epidemic of deadly shootings in schools, religious institutions, and public spaces throughout the United States: Sandy Hook Elementary School in Newtown, Conn.; Marjorie Stoneman Douglas High School in Parkland, Fla.; The Tree of Life Synagogue in Pittsburgh, Pa.; the Tops Supermarket in Buffalo, N.Y. — and the names continue to slip off my tongue. To date, 169 people have lost their lives in mass school shootings in the US. In 2022 alone, 224 mass shootings have occurred in the US (defined as four or more people shot in a single incident), according to the Gun Violence Archive research. Naturally, I wonder how my dad would have protected the students and faculty at his public high school.

Despite the traumas of World War II, the “Greatest Generation” was able to look towards a brighter future, establishing careers and families. Learning from their example, how can we move forward when we are grieving for a broken America, the country where we once felt safe, where schools were not bloodbaths, and houses of worship were safe havens, rather than locked fortresses?

For inspiration, I turn to the Hebrew calendar. It’s the seventh week of the counting of the Omer, the 49-day spiritual journey of redemption from the second night of Passover to Shavuot. Each of the seven weeks corresponds to one of the Sefirot, the divine emanations of God, according to Kabbalah, the Jewish mystical tradition. The seventh week is known as Malchut or Majesty, when we recognize God’s presence in the world.

So on these final days of the Omer, as I light yahrzeit candles in memory of my dad and Shirley, I pray that the guiding light of their souls will provide an inspiration to continue their deeds of loving kindness, strive to bring healing to our broken hearts and fractured America, and truly feel God’s presence in our midst.