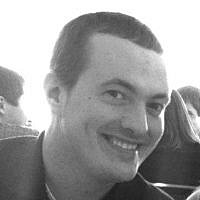 The Blogs
Ryan Fagan
Apply for a Blog
Advertisement
Please note that the posts on The Blogs are contributed by third parties. The opinions, facts and any media content in them are presented solely by the authors, and neither The Times of Israel nor its partners assume any responsibility for them. Please contact us in case of abuse. In case of abuse,
Report this post.

As an American Jew, I am so happy to have heard the remarks made by President Obama this week in an interview on Israel’s Channel 2, in which he expressed concern over the Israeli government’s credibility on the two-state solution. In the interview, the President demonstrated once again that he is a true friend to Israel, saying that while Israelis will ultimately make their own decisions, his love for Israel obligates him to speak the truth and warn of the consequences of Israel’s current trajectory.

He voiced sentiments shared by many American Jews, including myself, that Prime Minister Netanyahu’s wavering on a two-state solution and support for settlements is weakening Israel’s international standing and jeopardizing “its essential values that are enshrined in the [Israeli] Declaration of Independence.” “Already, the international community does not believe that Israel is serious about a two-state solution,” said President Obama. “The statement the Prime Minister made compounded this belief.” The President seemed to suggest that he was open to new international approaches to resolving the Israeli-Palestinian conflict, saying that in the absence of a serious peace process, “it becomes more difficult to argue with those who are concerned about settlement construction, those who are concerned about the current situation.”

I certainly share President Obama’s frustration, and think everyone should join me and urge him to work with France and other partners to put forward parameters for a two-state peace agreement that could receive international backing and inject new life into the peace process. I am also grateful for his leadership in working to prevent a nuclear-armed Iran. As negotiators seek to finalize a nuclear agreement before a June 30 deadline, polls show that majorities of Americans and American Jews back the President’s efforts to achieve “a verifiable, tough agreement.”

In a dangerous and uncertain Middle East, President Obama has proven his “solemn commitment” to Israel’s security. I hope that he will continue to work with Israel to confront these challenges in the remaining months of his term, and continue to voice his concerns as a friend and ally of Israel.

About the Author
Ryan Fagan is originally from Southwest Florida, and currently lives in Minneapolis, Minnesota where he is employed in the financial sector and is active at Shir Tikvah, his Reform shul. He recently converted to Judaism after being raised in a Catholic household. He also goes by his Hebrew name, Aviv.
Related Topics
Related Posts
Comments 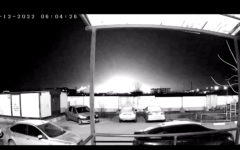