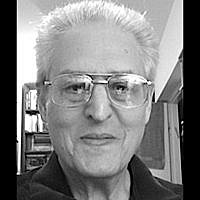 The Blogs
Ilan Chaim
Apply for a Blog
Please note that the posts on The Blogs are contributed by third parties. The opinions, facts and any media content in them are presented solely by the authors, and neither The Times of Israel nor its partners assume any responsibility for them. Please contact us in case of abuse. In case of abuse,
Report this post.

On the 20th anniversary of the Meron disaster, no one believed it could happen again

A period of gradually renewed calm followed the formation of a shaky, but somehow durable, national unity government back in 2021, spurred into existence following the deaths of 45 pilgrims to Mount Meron on that infamous Lag Ba’Omer.

The first coalition in memory without the haredi parties to serve as the perennial dog wagging the coalition tail was finally able to enact the safety recommendations of the police a decade before, without being stymied by deadly coalition politics.

The first of these was to assert eminent domain over Mount Meron and establish the Mount Meron Authority, taking government control over the administration of the site. The MMA immediately redesigned the area in accordance with the highest safety criteria, enabling it to accommodate up to 60,000 pilgrims on Lag Ba’omer. Period.

In the immediate aftermath of the 2021 stampede, the haredi community’s traditional scorn for government safety regulations and plain common sense was overcome by at least a temporary respect for authority. The Council of Torah Sages issued 60,000 tickets to the annual event, distributed to a certain number (it’s still in disputer) of tickets for male sections, female sections, and a pluralistic section for non-haredi observers.

Tickets to the Lag Ba’omer frolics on Mount Meron were available on a first come, first served basis. Only the 60,000 ticket holders were allowed past the police roadblocks to the ample parking area (buses only).

The novelty of actually having a government did not wear off until years afterward, by which time so many other former roadblocks had been overcome that life had just settled down into being boring, for the first time in Jewish history. Indeed, the historic and unforeseen longevity of the 2021 National Unity Government was bolstered by a series of game-changing events.

First and foremost, and long expected, former prime minister Benjamin Netanyahu, like his predecessor, Ehud Olmert, was finally convicted of all corruption charges and spent five years in the former prime ministers and presidents wing of Matityahu Prison. He utilized the time by writing his memoirs and planning a comeback international book tour.

With a government coalition lacking anti-Zionist ultra-Orthodox parties to obstruct progress, fundamental changes in the structure of the Zionist experiment became possible. This did not pass quietly, for there were mass protests in the streets against the change in the Basic Law that finally rectified the unfulfilled promise of the Declaration of Independence: that in the State of Israel, matters of religion and state are separate.

A slew of High Court decisions followed over the course of several years, the result of which determined that the Chief Rabbinate was recognized as the sole authority over its constituents’ religious observance, but over no other branch of Judaism. The passage of the law was received by dancing in the streets of Ashdod and other areas where hundreds of thousands of former Soviet Jews were now accepted as Jews and citizens.

In fact, they were the first citizens of the first truly Israeli democracy. For, until the separation of religion and state – good enough for millions of American Jews – the so-called “public diplomacy” (propaganda) referred to Israel falsely and hypocritically as “the only democracy in the Middle East.”

Not true. For seven decades after declaring independence, the so-called Jewish state was the only country in the world where a Jew did not have freedom of religion, as in freedom to marry. Israel was a would-be democracy, but it functioned at best as the only liberal theocracy in the Middle East.

Swept up in the new spirit of democratization, the country went even further by reforming the electoral process, both with regard to the Knesset and to the election of prime minister. The country was divided into 120 districts, each of which elects a representative to the Knesset by a primary election. The prime minister is elected by popular vote, and she or he appoints the cabinet. Think America.

However, despite the revolutionary changes for the better over the past 20 years, these had little impact on hassidic true believers. On the one hand, the pluralization of the Western Wall proceeded undramatically, without the predicted violence and only a few dozen injured. But the same cultist behavior that led to the Meron stampede did not die out, but only shifted directions and intensified.

In a backlash to the creation of the Mount Meron Authority and the limiting of attendance at Lag Ba’omer’s mass idolatry and fire worship, a break-off group of some 40,000 shutouts from Merom fixated upon a new site for their annual trance: the sea.

The leader of the new cult, Rabbi Moshe Umbilikis, known as the Farblungeter rebbe, had a vision that instructed him to go to the shore of the Red Sea, at a place corresponding to the crossing mentioned in the Exodus, on the second day of Rosh Hashanah, when the Tashlich ritual of casting one’s sins into the sea is observed.

Though scholars have concluded that the actual crossing occurred at Suez, near the great Bitter Lake, the rebbe accepted the political reality of Egypt’s denial of access and decided that Eilat would do. With the advent of the fast train railway line to Eilat, it was easy for pilgrims to reach the southern resort, which set aside an appropriately sized gathering area at the shore and enjoyed growing prosperity from Tashlich tourism.

It caught on like a rumor in a mikveh, from the first pilgrimage when the Farblungeter led just a few thousand to the sea, to when a critical mass was reached a decade later and the annual ritual gradually grew to become as dangerous as was Meron: some 100,000 haredim pushing to reach the shore.

What still boggles the mind is that the resulting disaster, like the one 20 years before, was foreseen and its dangers were ignored. As the massive press of the thousands of haredim packed together pushed to the shore, people inevitably began to stumble and fall in the loose beach sand. They were soon trampled by waves of determined hassidim pushing toward the water. By a miracle, some said, only 34 were killed in the stampede to the water.

What brought the country into a month of national mourning was the 240 haredim who drowned in the surf.

The writer is a former chief copy editor and editorial writer of The Jerusalem Post. His novel, The Flying Blue Meanies, is available on Amazon.

About the Author
Ilan Chaim is a former chief copy editor and editorial writer of The Jerusalem Post. His novel, The Flying Blue Meanies, is available on Amazon.
Related Topics
Related Posts
Comments