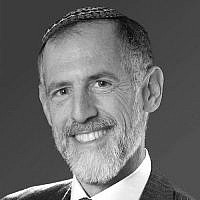 The Blogs
Natan Ophir
Live From Jerusalem
Apply for a Blog
Please note that the posts on The Blogs are contributed by third parties. The opinions, facts and any media content in them are presented solely by the authors, and neither The Times of Israel nor its partners assume any responsibility for them. Please contact us in case of abuse. In case of abuse,
Report this post.

Why did the feminist magazine Lilith portray a demonic picture of Rabbi Shlomo Carlebach four years after his death and how does this impact Cancel Culture today?

Lilith Magazine, the flagship journal of the Jewish feminist movement, pre-dated the #MeToo Movement by almost two decades and pioneered in exposing sex abuse in the Jewish world. In 1998, four years after Rabbi Shlomo Carlebach died, Lilith published an article claiming that he was guilty of sex abuse.[1] These Lilith accusations by Sarah Blustain have been repeatedly cited as a definitive verdict. In a recent 10,000-word article, I presented an in-depth analysis of the reliability and veracity of Lilith’s assertions. The reader is referred to that article for documentation – https://huji.academia.edu/NOphir, https://www.facebook.com/groups/Carlebach. Below is the gist of that article.

Already in her opening paragraphs, Lilith presented a surprising new narrative about Rabbi Carlebach: “An Orthodox rabbi by training, Rabbi Carlebach took down the separation between women and men in his own synagogue… and gave private ordination to women before most mainstream Jewish institutions … “He was the first person to ordain women, to take down the mechitza, and I think he thought all boundaries were off”.

Lilith’s description is simply false. Rabbi Carlebach did not take down the mechitza in his own synagogue. In his Manhattan congregation, he might sometimes stand on an elevation when he spoke, but there always was a mechitzah. Similarly, in his synagogue on Moshav Meor Modiim, there always has been a mechitza. So why did Lilith not contact Carlebach’s two synagogues and verify the mechitza?[2]

Similarly, Lilith invented a narrative about “ordination to women”. Reb Shlomo wrote documents to enable his followers to succeed in careers as rabbis, storytellers (maggidim), prayer leaders, outreach workers, cantors/singers, and even meditation teachers. There were about 50 recipients of such documents. But only one was female and her document empowered her to “transmit the Torah of hitbodedut meditation”.[3] She did not receive rabbinical ordination.[4]

What can be concluded from this reporting style? Is it merely irresponsible journalism? Or perhaps Lilith’s motivation is part of an overall agenda to expose sexual abuse in the Orthodox community and any “evidence” available is mustered to prove that the Rabbi deviated from his own Orthodox tradition?

When seeing how facts could be distorted, I began to wonder if Lilith had also used journalistic license to embellish stories of unwanted embraces? In 2011 I began research for an academic biography of Carlebach and interviewed hundreds of people who had interacted with Shlomo. Eventually, I was able to speak to all the women whose names were mentioned in the Lilith article. I found many discrepancies between what Lilith had published and the original reporting.  For example, Lilith mistakenly determined a woman’s age as 12 rather than 18, and this became the lynchpin for “molestation of very young girls”. Now to be fair, unwanted embraces are wrong and offensive at any age. The question is did Lilith/Blustain add graphic sexual depictions to create a profile of a sex predator masquerading as a caring Rabbi?

In the fall of 2019, Sarah Blustain published a thoughtful essay about the problematics in evaluating #MeToo stories.[5] Blustain asked: in the era of “Believe Women,” how do we differentiate who or what to believe? And when we read accounts in the press, how do we know which are valid? Blustain informs us that the alleged perpetrator “needs to be given very fair opportunities to respond to the claims”. So, the question remains: did Blustain/Lilith practice ethical journalism in issuing a 1998 verdict without allowing a hearing for the defense?

Lilith assumed both the role of prosecuting attorney and trial judge and thus implied a conviction of Carlebach on three distinct charges:  Inappropriate behavior, unwanted embraces. Misuse of charismatic power to take advantage of others. Sex predator on underage young girls. The first charge is based on the fact that in the late 1960s, Reb Shlomo began hugging everyone, old and young, homeless and wounded, ugly and beautiful. His proclaimed goal was to embrace everyone regardless of age, gender, or status. But some hugs were not appreciated, and some were upsetting for their recipients. Now even if this is 1% of the hugs, that still accounts for a huge number of unwanted embraces. However, the second charge is debatable, and the third charge lacks verifiable evidence.

Yet, for more than two decades, Lilith’s verdict has been cited as authoritative. Some synagogues even ban Carlebach music based on Lilith as part of a phenomenon called “Cancel Culture”. Merriam-Webster dictionary identifies the act of “Canceling” as “boycotting an actor’s movies or no longer reading or promoting a writer’s works”. The dictionary notes that the idea of “cancel culture” has taken hold in recent years due to conversations prompted by #MeToo”.

In the MeToo era, we are much more aware of how wrong it is to give an unwanted embrace. In that sense, Lilith was a pioneer in raising awareness and encouraging victims of abuse to come forward. As the #MeToo Movement has taught us, today, there is a heightened sensitivity to listen with empathy to those who dare come forward and describe abuse. But the result of the 1998 Lilith article has been a “Lumping Effect” where sex offenders are lumped together under a generic term of “sex abuse”. Those whose guilt has been proven in court are lumped together with others about whom rumors spread. For example, one blogger vehemently attacked Reb Shlomo by comparing him to a convicted high-profile personality. One synagogue removed a plaque of a congregant who was serving a jail sentence for sex abuse and simultaneously removed Carlebach. All based on Lilith.

In summary, Lilith became authoritative because it was a printed article with real names and sounded “true”. Critics of Carlebach added social media stories even if they were with pseudonyms. Riding on the bandwagon of Me Too, Carlebach was then included in the Cancel Culture. But it is Lilith that is repeatedly cited as proof of Carlebach’s “shadowy side” and used not only to ban his music but even to “cancel” or ostracize his followers. And the 1998 Lilith article contains too many mistakes to be considered as an undeniable verdict.

[2] The Haight Ashbury commune that Reb Shlomo’s followers invented in 1967, The House of Love and Prayer (HLP) was not called a synagogue. The name “synagogue”, especially one with a mechitza, would have alienated the people it was trying to attract. The HLP was an alternative to other communes, a crash pad with free room and board. Thousands came for meals, classes, sing-alongs, Shabbat and holiday events. The “prayer” events were a social happening with ecstatic music and inspirational explanations. This was far from a typical Orthodox synagogue where a mechitzah would be deemed mandatory.

[4] Reb Shlomo actually prescribed a program of study for one outstanding learned female disciple, but he died before he was able to sign such a document of ordination.

About the Author
Born in Philadelphia, I came on Aliyah after graduating Yeshiva University and studied 7 years at Yeshivat Mercaz Harav Kook where I received Rabbinical ordination. I then received my PhD in Jewish Philosophy from the Hebrew University of Jerusalem where I served as campus Rabbi for 16 years. My specialty is in researching Jewish meditation in the light of neuropsychology. Recently I published two academic books about Rabbi Shlomo Carlebach.
Related Topics
Related Posts
Comments