A few days ago, Sarah Tuttle-Singer posted a heartfelt plea on Facebook, imploring Linda Sarsour to clarify her widely reported assertion that there was no room for Zionists in the newly energized feminist movement she is helping to organize and lead. Sarsour responded in a comparatively conciliatory tone: “If you believe in my right to exist, if you believe that Palestinian women deserve the same rights as Israeli women, if you believe Palestinian women deserve a homeland in Palestine then we can work together.” Sarsour also seemed to suggest that the media had misrepresented her views, calling on people to “judge me by my words and not a headline.” The problem is that if we judge Sarsour by the words she has uttered over the past few years — and up until very recently — her response to Sarah Tuttle-Singer’s post sounds awfully disingenuous.

I have recently documented Sarsour’s relevant statements — i.e., the “words” by which she supposedly wants to be judged — in a post published at The Louis D. Brandeis Center for Human Rights Under Law (LDB) under the title “Linda Sarsour’s Problematic Views on Zionism and Anti-Semitism.” As this post shows, based on lots of archived screenshots, Sarsour has consistently expressed views on Israel that reflect her openly acknowledged support for BDS (i.e., the boycott, divestment and sanction movement against Israel), and her firm belief that the world’s only Jewish state is illegitimate, oppressive and murderous, and should therefore be replaced by yet another Arab-Muslim majority state.

So when Sarsour demands from others to “believe” in her “right to exist,” Israeli feminists would have plenty of reason to ask Sarsour if she believes in their right to exist as citizens of the world’s only Jewish state. The answer that emerges from Sarsour’s own words is plainly no. 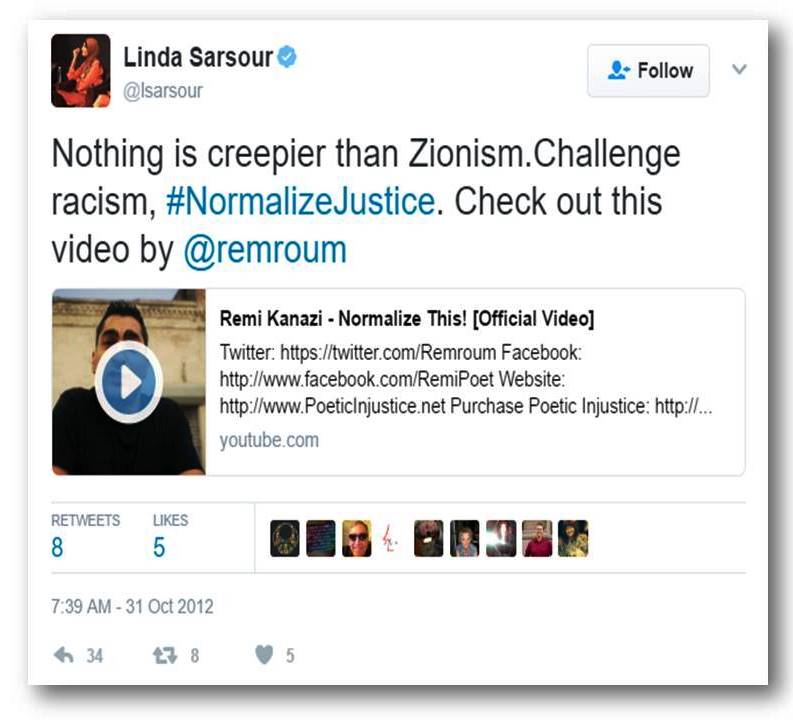 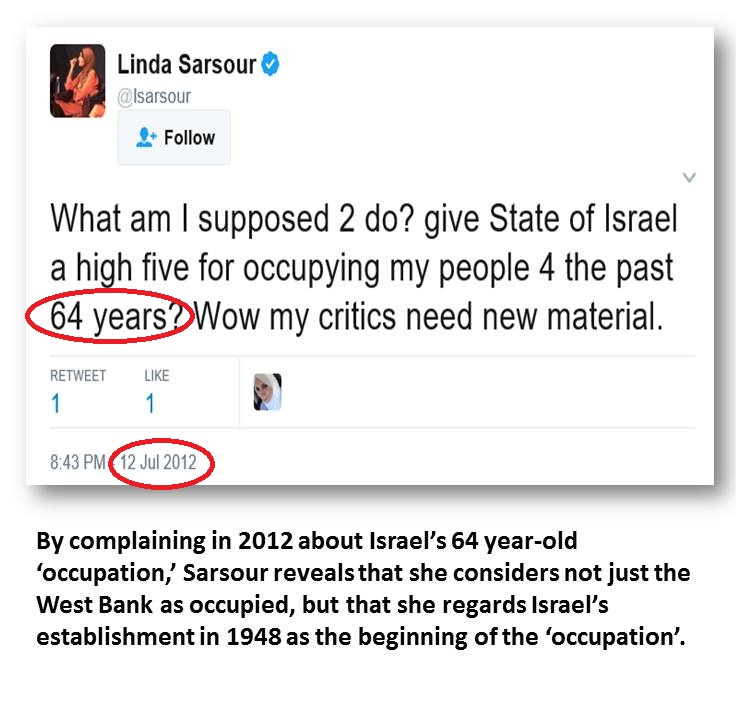 Moreover, I think that not only Jewish Israeli feminists should feel alarmed that Sarsour endorsed (#73) the truly Orwellian re-definition of anti-Semitism that veteran anti-Israel activist Ali Abunimah promoted some five years ago. As I explained in a previous LDB post, Abunimah’s transparent attempt to resurrect the infamous UN resolution equating Zionism with racism is based on his utterly preposterous view that Zionism is “one of the worst forms of anti-Semitism in existence today,” and that support for Zionism “is not atonement for the Holocaust, but its continuation in spirit.”

If Sarsour has changed her mind and is ready to repudiate Abunimah’s blatantly anti-Semitic re-definition of anti-Semitism, she should say so clearly.

In this context, it would also be very helpful if Sarsour could explain why she has reservations about feminists who are Zionists, but is warmly embracing “feminists” like Rasmea Odeh. As acknowledged in Odeh’s Guardian profile (archived here) as a co-author of the call for the recent Women’s Strike, she is “a former member of the Popular Front for the Liberation of Palestine [PFLP]” — i.e., a group that is listed as a terrorist organization by the US, Canada, Australia, and the European Union and that “is well known for pioneering armed aircraft hijackings in the late 1960s and early 70s,” which just happens to be the period when Odeh was a PFLP member. What Odeh’s Guardian profile fails to mention is that in 1969, she was found guilty of playing a major role in a bomb attack at a Jerusalem supermarket, which killed two young Israelis and wounded nine others; and while a second bomb placed at the same supermarket was defused before it exploded, Odeh and her fellow PFLP terrorists were clearly hoping to kill more people. The fact that Linda Sarsour and many of her “progressive” fellow feminists are willing to ignore the overwhelming evidence that Odeh’s conviction for the 1969 bomb attack was fully justified is just another reflection of their rejection of Israel’s legitimacy and its right to defend itself against Palestinian terrorism.

Precisely because they reject Israel’s legitimacy and its right to defend itself against Palestinian terrorism, the misleadingly named Jewish Voice for Peace will host both Sarsour and Odeh as “featured speakers,” for their upcoming national member meeting at the end of this month. 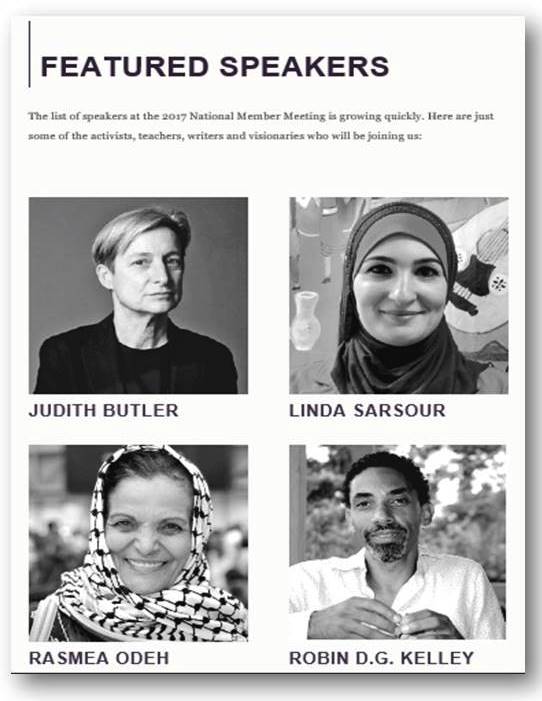 Sarsour’s willingness to associate herself with a group that has a well-deserved reputation for using “its Jewish identity to shield the anti-Israel movement from allegations of anti-Semitism” would seem to be just another indication that she knew very well what she was endorsing when she signed on to Ali Abunimah’s despicable re-definition of anti-Semitism. After all, it’s hard to imagine something more cynical than lip-service to the fight against anti-Semitism from those who fete a terrorist convicted of a deadly bomb attack targeting Israeli Jews at the very same time when Jewish organizations in the US face a frightening wave of bomb threats.

So if Linda Sarsour wants to be judged by her own words, this is what she stands for: she harbors an intense hatred for the world’s only Jewish state and wants to see it eliminated; moreover, she has not only endorsed a blatantly anti-Semitic re-definition of anti-Semitism, but continues to associate with groups that whitewash anti-Semitism and even glorify a Palestinian terrorist convicted of a murderous attack targeting Israelis.