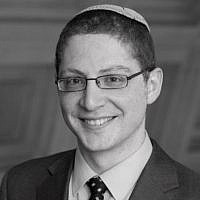 The Blogs
Roni Tabick
Apply for a Blog
Please note that the posts on The Blogs are contributed by third parties. The opinions, facts and any media content in them are presented solely by the authors, and neither The Times of Israel nor its partners assume any responsibility for them. Please contact us in case of abuse. In case of abuse,
Report this post.

Of course I had many expectations when I joined the Council of Christians and Jews (CCJ)’s Jewish/Christian Leadership Study Tour to Israel-Palestine.

I expected to hear different points of view on the conflict and the way forward; I expected to meet new friends and colleagues from the UK.

But what I did not expect was to sit in the West Bank with Sha’ul, a religious settler, and Nur, a passionate Palestinian activist, each fundamentally believing in a state that goes from the River to the Sea. And I certainly did not expect for two such people, from such opposed viewpoints, to be friends and colleagues.

But at Roots, a grassroots organisation seeking to bring settlers and Palestinians together, this strange combination had become a potent reality.

And still, many days later, I have little idea how Nur and Sha’ul are able to hear each other and keep that relationship going.

My experience with CCJ has left me thinking about how we can hear narratives that run counter to our own.

How can we hear the stories of the other that fly in the face of how we see ourselves and the world? How can we sit with the discomfort when we hear the genuine pain on the other? How do we share our own stories and narratives, knowing the hurt they may cause?

It was while we were in Israel that Mahmoud Abbas was meeting with the Palestinian National Council, and took the opportunity to roll out a bunch of classic antisemitic tropes: that Ashkenazi Jews aren’t really semitic, that we have no connection to the land of Israel, that Jews brought the holocaust on themselves because of their “social role related to usury and banks”, etc. etc. It was a vile speech, full of repugnant and long-since disproved antisemitic slander. 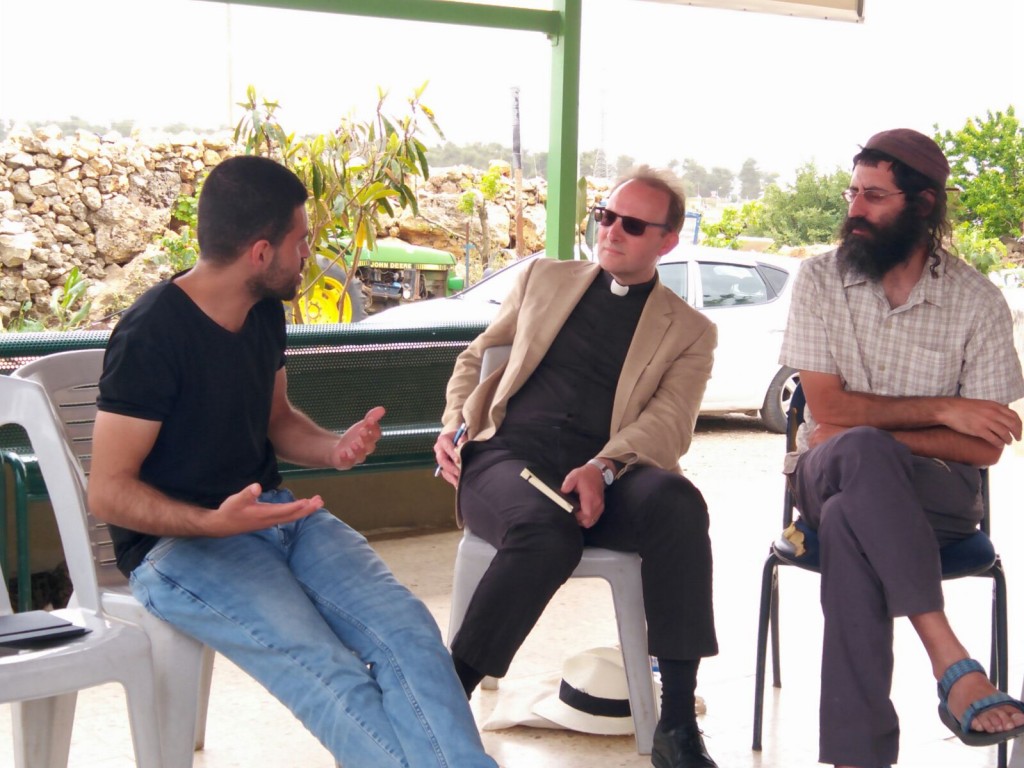 But it’s all the more frustrating when the Palestinian Authority still claims to support a two-state solution. After all, the support of a two-state solution is to say that both Israelis and Palestinians have a right to a state in the land, and if you really believe that, then there is no need to undermine the other side’s narrative so radically. Doing so only increases the deep levels of mistrust.

To my mind, this seems to be the core of the issue: can we tell our own narrative in a way that does not undermine the other side’s? It is true that for two thousand years the Jewish people have dreamed of going back to the land of Israel, just as it’s true that Nur, and those like him, lost their family homes and dream of returning one day. Yet claiming that Zionism is an example of European colonialism (as a representative of the Palestinian Authority told us) or claiming that there isn’t really a Palestinian people, as too many ‘pro-Israel’ supporters have done over the years, will only drive us further apart. 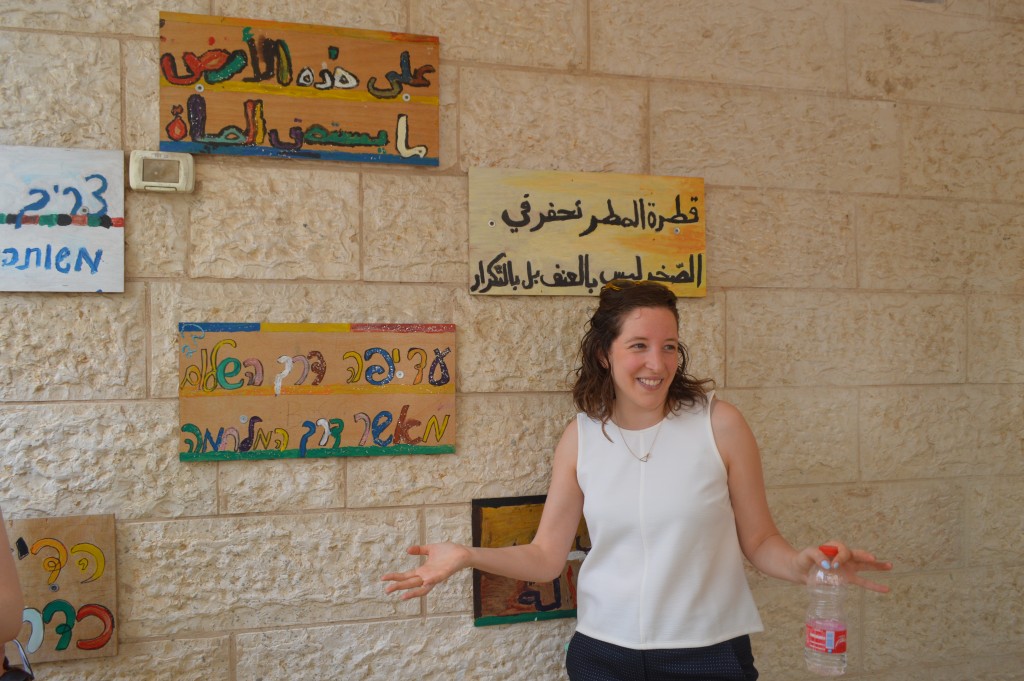 ‘Dialogue is a way of life’: learning at the Hand in Hand School, Jerusalem

Thankfully, while the leadership on both sides seem intent on rhetoric and action that divides, we saw a number of grassroots projects trying to bring Jewish and Arab people together. In places like the Hand in Hand school in Jerusalem, Jewish, Muslim, and Christian children study together in both Arabic and Hebrew. They have regular dialogue groups—both among the kids and the parents—that allows them to keep the conversation going during times of stress and conflict. At the Hand in Hand school, they work to both celebrate Yom Ha’atzma’ut and mourn the Nakba, an incredibly delicate balance to maintain. The more we can support each other’s narratives, the greater the chances that we can work together for a lasting peace.

CCJ’s Study Tour was eye-opening in ways I could not have predicted, and I’m incredibly grateful to them for the honour of taking part. I’m still very much processing everything we saw and heard over the course of five intense days, but one thing that’s still very much in my mind is something we heard repeatedly from regular people on both sides. If you really care about the region it isn’t good enough to be pro one side or the other. If you really care, above all else you need to be pro-solution.

About the Author
Rabbi Roni Tabick is a graduate from the Jewish Theological Seminary in New York, and works for the Masorti movement as the rabbi of the New Stoke Newington Shul and assistant rabbi at New North London Synagogue.
Related Topics
Related Posts
Comments