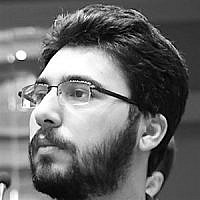 The Blogs
Tural Hamidli
Apply for a Blog
Advertisement
Please note that the posts on The Blogs are contributed by third parties. The opinions, facts and any media content in them are presented solely by the authors, and neither The Times of Israel nor its partners assume any responsibility for them. Please contact us in case of abuse. In case of abuse,
Report this post.

The 29 of August was the 75th anniversary of one of the most intense atrocities of the Holocaust in Lithuanian history; in 1941, Moletai (Malat) Jewish Massacre took place by Nazis and their Lithuanian collaborators. For the first time Lithuania recognized this event on such a high level that the commemoration was even attended by Lithuanian President Dalia Grybauskaite, who joined the public in marking the memory of 2000 Jews who were killed in that massacre.

From one perspective, it could be seen as a good representation or movement of the new generation within Lithuanian society toward remembrance of their sorted history. As President Grybauskaite pointed out in her speech, today we see the country is becoming more open-minded and tolerant. Now, let’s glimpse more details about the reality and Lithuanian attitudes toward the Holocaust and Jews.

Since the Germans occupied Lithuania, reportedly, Lithuania was the first country who executed Jews without hesitation. Moletai was one of the atrocity in history which showed the complicity of Lithuanians with the Nazis and the Nazi regime. Almost 90% of Lithuanian Jews were murdered in the Holocaust (approximately 200,000 Jews). Nowadays, it is quite common to deny, or not recognize, its participation in the Holocaust by the Lithuanian government. Dr. Efraim Zuroff said in his interview with Newsweek, “not a single Lithuanian sat one day in jail in independent Lithuania” for collaborating with the Nazis and participating in the Holocaust. A crucial thing should be taken into account here: Lithuania has not officially addressed its role in mass killings of Jews during the Holocaust, or showed empathy, until the commemoration mentioned above.

A town called Kaunas once was the capital of Lithuania for some years between WWI and WWII. Now there are still some traces of mass murder which are left without any plaque or commemoration. The Seventh Fort (VII Fort) was a defensive fortification built before WWI but during WWII, it was used as a concentration camp in Kaunas where they killed almost 5000 Jews. Currently, VII Fort works as a museum and there is no information about those who were killed by Lithuanian collaborators. Controversy is that the museum’s main focus is just about Soviet expansion and its horrific tragedy to people. Nowadays, Jewishness of the town is gone and Jewish heritage was abandoned with the exception of some Yiddish and Hebrew inscriptions on some buildings and forgotten traces of culture in rural areas.

Today, it is inspirational to see that society is moving forward and the government is willing to participate and mark the Jews victims of WWII. However, the main thing still is missing and they need to recognize and address their participation in the mass murder of Lithuanian Jews officially, and they must bring those collaborators into international tribunal in order to repair justice in its history. Overall, it needs to become a state policy to recognize Lithuanian participation in the Holocaust.