For more about Benji, visit his website or FB page.

6:30 PM  Hamas: After firing another rocket in the direction of Jerusalem, claims that the city is holy to you are crap. Congratulations-you now have less credibility than arsim who try to pick up Birthright girls at 2 AM.

4:32 PM  Apparently there is nothing that war cannot justify. “I’m gonna smoke cigarettes, eat a block of cheese, and wear stretchy pants today. DON’T JUDGE ME!!!!!!!!!!!”

3:45 PM  Hamas publishes a bogus report on its website newsfeed claiming a missile killed “one Zionist” and injured three others in Tel Aviv. The IDF figured out it was false when it was brought to their attention that there are no Zionists in Tel Aviv.I’M KIDDING, I’M KIDDING!

3:22 PM  I’m not saying we shouldn’t do it but providing hospital care to Gazans hurt in the current conflict is like breaking up with a girl and then paying for her therapy.

2:35 PM  The latest photo in Gazan media of “Israel abusing its superior military power”, destroying a building housing innocent civilians. Can anyone confirm its authenticity? 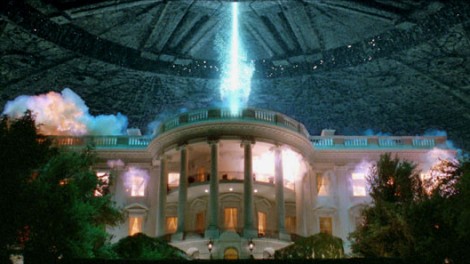 1:10 PM  The Times of Israel is reporting that the sirens are causing the elephants in the Ramat Gan Safari to gather around the younger animals for protection.That’s just great-more parties in this region who won’t forget the past.

12:33 PM  The command and control system of the Iron Dome makes an early identification of the target missile, calculates its trajectory, and where it will hit. Within one second, on average, it offers hundreds of interception solutions and picks the best one, with preference for a high altitude interception, ideally over open ground.They should use that same technology to help guys figure out which woman in a bar to hit on.

11:35 AM  Code Reds reported all over Israel. IDF zeroing in on Hamas leader called “Colonel Jessup”.

11:17 AM  The IDF is reporting that the boom just heard in Tel Aviv was not from a rocket. Dr. Dre is cutting an album in Florentine.

10:45 AM  Flights leaving Ben Gurion Airport are operating on their normal schedules today, Israel Radio reports. Please allow at least 3 hours to cut in line and act like wild animals.

10:41 AM  I haven’t seen a rocket this inaccurate since James Harden against the Trail Blazers.  Hey-oooooooooooo!!!!!!!!!!

10:23 AM  The Times of Israel reports that military sources are predicting “various scenarios” for Israel military action against Hamas in Gaza that are just “awaiting final approval,” according to Channel 2.

Have you ever tried to get approval for ANYTHING in this country? We’re screwed.

9:51 AM  “Extremely Loud and Incredibly Close”: Jonathan Safran Foer book and this morning in Tel Aviv

9:11 AM  Israeli risk management: Taking the long way to your destination to maximize time spent in shade but leaving bomb shelter only five seconds after the boom because “it’s probably ok.”

8:45 AM  Q: Why doesn’t the Tzeva Adom come with a snooze button?
A: Because you know there’s another one coming in nine minutes.

8:30 AM  The feeling you’ve been through this conflict before: “deja war”.

7:23 AM  When the siren goes off and you’re on the crapper, you might as well just laugh. #ProtectiveEdge #UnprotectedDump