A VUCA World
Educators, policymakers, businessmen, and politicians are talking about the fact that we’re living in a VUCA world. That’s a world that is Volatile, Uncertain, Complex, and Ambiguous.

As 2016 draws to a close, it’s clear they couldn’t be more correct. The roller coaster ride of our election season that ended with Donald Trump’s startling win was only one of a series of events that’s proven nothing is predictable except the unpredictable: Brexit was another example, as is the sad and devastating fact of Bashar al-Assad’s recapture of Aleppo, and his continued claim to power.

Though I’ve been preoccupied by the news, scrolling through my Facebook feed, checking various media outlets, and gathering with friends to process the events roiling the world, the children and adolescents in my life seem blessedly oblivious. School continues as usual; students are still learning about exponents, Lexington and Concord, what an organelle is, and how to spot an extended metaphor. The normal is reassuring, and yet I hear the voice of Tony Wagner, from the Harvard Graduate School of Education, talking about our VUCA world and urging educators to change education to prepare our kids for it.

How would we? One way is to organize the content we teach in ways that challenge students to develop nuanced answers. You can have students answer what happened at Lexington and Concord, or you can have them look at rebellions from myriad historical eras in order to determine why people rise up against their rulers and what makes them succeed or fail. The story of the American Revolution now can be set against the failed uprising in Syria, and students can process not only what happened in the past, but what’s happening outside their school and home walls right now.

Another way to empower students not only to understand current events, but to take an active role in grappling with the problems we face, is to have them do just that. One of the first topics in a world history class is migration, looking at what causes people to move from one land to another. A study of forced and voluntary migrations throughout history — including those of the Jewish people — would yield a rich understanding of the current refugee crisis. Better yet, let’s challenge students to come up with their own plans for how to deal with the Syrian migrant crisis and have them debate with each other about which ones they would implement.

As is evident, one of the qualities of a curriculum based on a VUCA world is that it doesn’t have one correct answer. It requires students to develop nuanced ways of thinking about the world, to collaborate with each other to solve world problems, and to be able to change their minds when presented with new ideas they encounter. It gives them the ability not only to understand information they’ve studied, but to be comfortable handling it and applying it to various situations. Information, then, is dynamic, alive, kinetic, and school becomes an incubator for discussing and solving problems the world faces.

In an article,“How Systems Thinking Applies to Education,” Frank Betts discusses the rapid changes we’ve undergone in the world in the past 60 years. He charts the evolution of humankind and societal progress, showing, for example, that hunter-gatherer groups lasted for 500,000 years; agricultural societies for 10,000; and the industrial society from which we’re now emerging, for 500 years. Our current post-industrial society has been around only for the past 60 years or so. In that time, schools have not had the time to undergo the kind of transformation necessary for a post-industrial world, where the banking model of education, one in which teachers deposit information into their students’ brains, is no longer ideal.

Betts argues that if we’re to prepare our students for the world in which we now live, we have to design a system that is more “open, organic . . . and complex,” one that “interacts with constantly changing environments,” and that among other characteristics, “lives and deals creatively with change and welcomes — not just tolerates — complex and ambiguous situations.”

A key conclusion Betts draws from his analysis of 20th-century models of both management and education is that we’re moving from “dictatorial” to “participative” organizational styles. That is, we’re moving from hierarchical structures to more collaborative ones, and so we need to “shift perspective from a one-to-many toward a many-to-one orientation.” In education, this means moving from a model where one teacher conveys information to many students to one in which students realize they have many resources from which to draw information, one of them being the teacher. There is a saying floating around on the internet that captures this idea. My sister, Smadar Goldstein, also an educator, introduced me to it. It’s “Teach like Google exists.”

The fear we educators sometimes feel about letting our students loose on Google is that it can be an unreliable source of information, but if our job moves from “sage on the stage” to “guide on the side,” we are right there with our students as they conduct research, showing them what sites are reliable and how to verify information using multiple sources. Our job becomes less about teaching students what to think, and more about how to think.

Facing the Unknown
That seems appropriate: in 1999 the U.S. Department of Labor released a report called “Future Work Trends and Challenges for Work in the 21st Century.” The report said that 65 percent of elementary school children will end up in a job that doesn’t yet exist. While that statistic sometimes has been disputed, an unarguable fact is that many technologies that hadn’t been invented 20 years ago have altered dramatically the way we live in the world and interact with each other.

In fact, last weekend, the New York Times published an article, “For Millions of Immigrants, a Common Language: WhatsApp,” about the role that WhatsApp has been playing in linking immigrants across the world, including many who have made the trek from Syria to other countries. The app was developed by Jan Koum, an immigrant from Ukraine who fled the country with his mother in the early 1990s, driven out by a wave of anti-Semitism. Koum signed part of the $19 billion deal that would sell the app to Facebook in front of the social services agency where he used to collect food stamps.

Koum knows what it feels like to experience one of those forced migrations that have taken place throughout history, but he never could have foreseen the impact his technology would have on other immigrants. Some have been in the countries to which they fled for decades, and WhatsApp has provided them with a way to connect to relatives in homelands in a highly immediate way, one that feels to immigrants as if they’re part of the woof and warp of daily life of their distant family members.

For Syrian and other refugees, the app has created a cataclysmic shift in the way people move around the world. A refugee knows better than anyone else how volatile, uncertain, complex, and ambiguous life can be, but WhatsApp is providing a type of safe zone, and not only because it’s such a secure cyberspace. The app enables migrants to stay connected along their routes and to contact family members once they’ve reached their destinations. It also allows those who already have fled their homelands to pass along tips and warnings to those just embarking on the journey. Majd Taby, a Syrian refugee who has emigrated to the United States and has photo-documented the plight of his countrymen, was quoted in the Times article: “What WhatsApp did was demystify the journey.”

“People would have a group with their friends, and one of them would make it to the other side, and send them back a message telling them what the trip was like, and sharing photos,” Mr. Taby added. “That’s what caused a lot of people to decide to do it. They’d seen exactly what was going to happen on WhatsApp.”

Charting a New Path
Since the 21st century began, we’ve been hearing about disruption, and how the new millennium will bring about changes we can’t begin to imagine. While we tried to prepare for some disasters — remember Y2K? — the ones that shook and pierced us — 9/11, for example, and the slowly unfolding and horrifying tale of the Syrian war and refugee crisis — were ones we weren’t ready for at all. In reality, though, preparing for the unexpected is something the world always has had to do. As Jews, we know this well: we’re in the middle of the Torah portions about the story of Joseph. It’s one of my favorite biblical stories: told masterfully, with deft use of timing and dramatic irony and sharp but ultimately sympathetic insight into what makes the drama of human affairs so tragic, but also so redemptive.

The story also illustrates the vagaries of fate, the fact that at one moment we can be thrown into a pit and sold into slavery, vulnerable to the most brutal conditions of both nature and man, with no control over any aspect of our lives, and the next we can hold positions of wealth and power, able to use our influence to alter the course of world events and to provide succor to those we care about. Let us learn from Joseph the Righteous One, as he is called, who comes to meet his fate with dignity and an unwavering commitment to his values and morals and to the notion that though the world may be uncertain, our faith in God does not have to be. 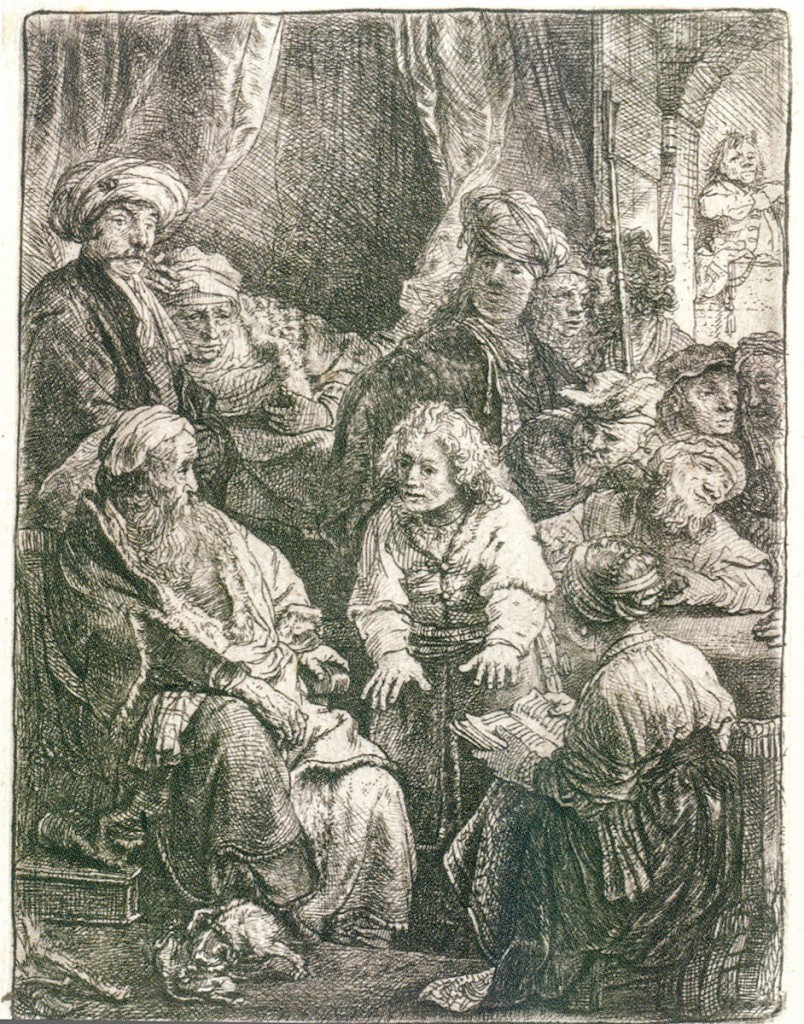