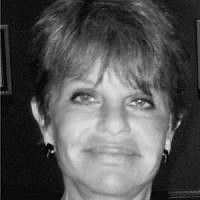 The Blogs
Beth Sarafraz
Apply for a Blog
Advertisement
Please note that the posts on The Blogs are contributed by third parties. The opinions, facts and any media content in them are presented solely by the authors, and neither The Times of Israel nor its partners assume any responsibility for them. Please contact us in case of abuse. In case of abuse,
Report this post.

When I found out that Lola Lieber, 91 years old, had passed away November 1, motzei Shabbat, I was shocked.  At the shiva, I confided as much to her son, “She was so strong, brave and honorable, so full of life, I thought that she would live forever.”

Hershel Lieber answered, quietly, sadly:  “She will live forever in our hearts.”

I was startled to learn that Lola’s other son, Yossi Lieber, had started his speech at the levaya with a statement similar to mine:  “I knew my mother wouldn’t live forever, but I thought she would still be here today.”

Lola Lieber was both a heroine and a survivor of the Holocaust. 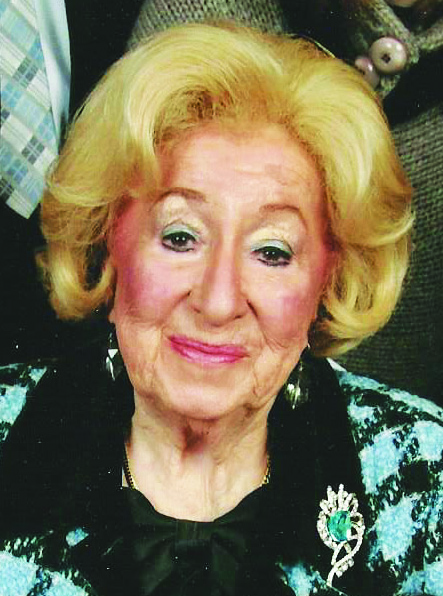 As a survivor, she became a writer — author of a powerful book, “A World After This:  A Memoir of Loss and Redemption” and a professional artist — with paintings displayed at Yad Vashem in Israel, in the San Francisco Museum of Art, in private collections, and in her own Borough Park, Brooklyn art gallery.

She was a daughter, sister, wife, mother of 3, grandmother of 12, great-grandmother of 50, great-great grandmother of 4, a proud Orthodox Jew and, it must be said, a stunningly beautiful woman till the end – inside and out.  You can see this yourself in photos, as the light from within is clearly shining through her eyes and face.  You can understand, also, the Talmudic saying as it applies to Lola Lieber:  “From one person, comes an entire world.”  Here, with 50 great-grandchildren, is one woman’s greatest victory over Hitler, yemach shemo, may his name be erased from human history.

The women who’d come to pay respects sat with Mati Jacobovits, Lola’s only daughter, and reminisced about her yiddisher mama ways.  She was the one who gave up the pleasure of a Shabbos nap to play with her children’s children’s children.  An accomplished, recognized artist, she was the one who took time to draw with the children in the neighborhood.  It was also mentioned that she was a matchmaker, although not a professional one.

An eshet chayil, woman of valor:  During the Holocaust, as confirmed at the shiva by a relative of the esteemed Bobover Rebbe, Lola Lieber saved the Rebbe and his entire family from imminent death at the hand of the Nazis in Poland’s Bochnia ghetto.  There, the German Commander Schomburg offered her safe passage out of the killing zone because she was able to convince him, by chatting about goulash, pastries and a popular Hungarian song, that she was from Munkach, in Hungary and thus not subject to Nazi decrees in Bochnia.  However, instead of seizing this gift of life and running with it, she requested permission to take all of her relatives with her, assuring the Nazi that every last one of them was from Hungary and therefore, also exempt.  Miraculously, he gave permission for all of them to leave.  That night, Lola Lieber forged birth certificates for her entire family, plus “extended” members — the Bobover Rebbe and his family.  For this selfless act, the Rebbe was grateful to the core of his being, calling Lola a “modern day Queen Esther.”

An eshet chayil, woman of valor:  Upon finding family members shot to death in a bunker where they were hiding from the Nazis, she and her husband gathered them up and transported them, in a wheelbarrow, to the town’s Jewish cemetery.  There, the young couple dug out the frozen earth until their hands bled, in order to bury them and whisper the Kaddish prayer, while also praying the soldiers of the Reich would not discover them performing this “illegal” final act of decency and holiness.  In a video on her website (LolaLieber.com), she recalls that one of the victims, a little girl who was her husband’s sister, died holding a doll in her hand.  Lola buried the child still clutching the doll.

I met Lola Lieber in 2011, at a Yom HaShoah commemoration held at Brooklyn’s Yeshivah of Flatbush.  She and her son, Hershel, seated on the stage, had a back and forth conversation under the spotlights about her years in Europe, running from the Nazis, as recounted in her book, but the segments selected to discuss on that stage totally stunned the audience, myself included:

She was only 15 when the Nazis burst into the apartment building in Krakow, Poland, where she lived, at that time, with her family.  At one point in the terrifying episode, a Nazi picked up an infant by its feet and swung it into a door, whereupon its head exploded.

She was barely 18 when she married Mechel Lieber in a wartime, low-key, poor bride wedding – no wedding gown, a sheet for a tablecloth, sour eggs for the wedding feast, and even more depressing – for an Orthodox Jewish girl – to be married without a minyan, outside of a shul.  After the wedding, the bride wept until her young husband answered her in a way that proved him wise, tender, and compassionate beyond his years.

“We will survive this era.  It is temporary.  There will be a world after this,” said Mechel Lieber.  “And, if we don’t survive, Hashem forbid it, but if we do not, at least, Lola, at least we have been married.”  The book Lola Lieber wrote, published in 2010, echoed Mechel’s words in its title:  “A World After This:  A Memoir of Loss and Redemption.”

On stage at the Holocaust Remembrance Day commemoration, Lola and Hershel went back and forth recounting the six years of terror Mechel and she experienced, running from place to place, from country to country, hiding from the Nazi killers, reaching deep down inside for the strength and courage to keep going.

In Budapest, in the days leading up to Liberation, Lola was starving and very ill.  Someone who had found precious noodles and boiled them in water, offered the leftover water to Lola.  She drank it and was grateful.  She did not curse the person who withheld the noodles from her.  Even at the point of death, the essence of her being whispered “Gom zu l’tova.”

The last part of the on-stage conversation with Hershel revealed unshakable faith in God.

Another story of liberation was also set in Budapest, with Russians soldiers pouring into that city:  The war was supposed to be over, or so Mechel and Lola thought.  But the Russians had scores to settle with their enemies and sometimes they mistook Jewish victims for enemy spies.  The young couple was forced up against a wall, ordered to put their hands up and the soldiers raised their machine guns.  “We started to scream SHEMA YISRAEL and waited for the shots,” said Lola.  But then a miracle occurred.  More Russian soldiers arrived and, immediately comprehending the Hebrew prayer being shouted to the heavens, halted the execution:  “Stop!  Don’t kill them!  They’re Jews!”

Then, for me, came the recounting of what true love really means: Lola Lieber spoke about the time Mechel was arrested by the Nazis.  She reacted by walking into Gestapo headquarters posing as a gentile and confronting the infamous number two Nazi, Adolf Eichmann, who she said looked like a mild-mannered accountant, to try and get her beloved husband released.  She didn’t succeed, barely escaped with her own life and Mechel escaped later on.  But in contrast to the way true love is depicted by Hollywood – so cheap, so casual, so easy come and easy go — Lola Lieber displayed the truest love of all as vanquishing fear, when put to the harshest test.

The marriage was strong and solid, lasting 25 years until Mechel, raising a family with Lola in New York, passed away in 1966, from cancer.

At 91, Lola Lieber died on Mechel’s yahrzeit, the 48th anniversary of his death.

Her daughter, Mati Jacobovits, explained to me the hidden meaning behind such an unlikely occurrence.  “They say your neshama, your soul, comes down to the world on your yahrzeit.  Friday morning, my mother was ill in the hospital, but the rest of us went to the cemetery to pray at my father’s grave.  We knew he was ‘in the neighborhood’ – his yahrzeit was the next day.  We asked him to help our mother, because she was suffering.  We left and went home to make Shabbos.  Our mother died motzei Shabbos,” Mati said, with a catch in her voice.  “I think my father – her beloved husband – decided she’d had 91 years and maybe that was enough, maybe it was time to come home with him.”

She was someone “who saw that everything comes from God,” her daughter-in-law, Pesi Lieber, told me after the Yom HaShoah presentation.

She was a survivor who believed it was important to speak out about the Holocaust “to make sure it won’t happen again,” her other daughter-in-law, Idii Lieber, had said, while seated in that audience three years ago.

In summing up her thoughts after completing the unique, compelling, emotionally wrenching presentation that night, Lola Lieber said:  “Cherish your parents and siblings and children.  It’s terrible to lose everybody.”  Watching the stunned, tearful men and women in the audience file out, slowly processing in their minds the unspeakable horrors spoken of by a mother and son, on the specially designated day for remembering the murder of six million Jews, the last thing Lola Lieber said to me was “Let’s hope it will never happen again.”

God knows this world isn’t overstocked with brave, honorable individuals like Lola Lieber, but “it was her time,” said Mati Jacobovits.  Her family, her extended “family” of Jews — friends, acquaintances, and writers like myself were privileged to know her, or at least know that this true eshet chayilwalked among us, but now she is gone from our midst.  Perhaps her homecoming to Shamayim, to the highest place in Heaven, is being celebrated there, as well as a reunion with her beloved Mechel.

But here, in the physical world, we mourn. 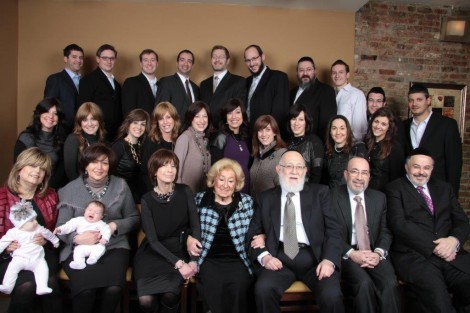