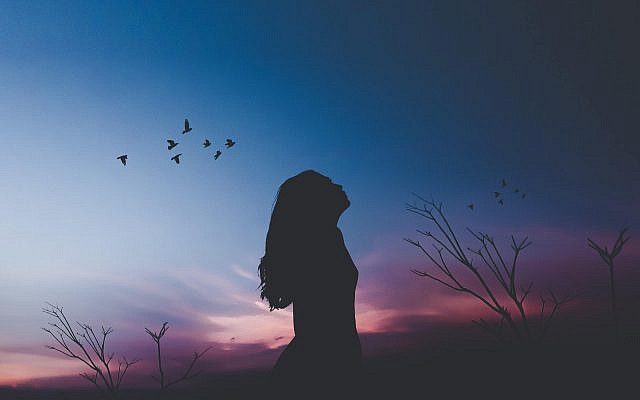 I have long been intrigued by one passage in this week’s parsha. After a lengthy stay in the Sinai desert, the people are about to begin the second part of their journey. They are no longer travelling from but travelling to. They are no longer escaping from Egypt; they are journeying toward the Promised Land.

The Torah inserts a long preface to this story: it takes the first ten chapters of Bamidbar. The people are counted. They are gathered, tribe by tribe, around the Tabernacle, in the order in which they are going to march. Preparations are made to purify the camp. Silver trumpets are made to assemble the people and to give them the signal to move on. Then finally the journey begins.

What follows is a momentous anti-climax. First there is an unspecified complaint (Num. 11:1-3). Then we read: “The rabble with them began to crave other food, and again the Israelites started wailing and said, “If only we had meat to eat! We remember the fish we ate in Egypt at no cost—also the cucumbers, melons, leeks, onions and garlic. But now we have lost our appetite; we never see anything but this manna!” (Num. 11:4-6).

The people seem to have forgotten that in Egypt they had been slaves, oppressed, their male children killed, and that they had cried out to be freed by God. The memory Jewish tradition has preserved of the food they ate in Egypt was the bread of affliction and the taste of bitterness, not meat and fish. As for their remark that they ate the food at no cost, it did cost them something: their liberty.

There was something monstrous about this behaviour of the people and it induced in Moses what today we would call a breakdown:

He asked the Lord, “Why have you brought this trouble on Your servant? What have I done to displease You that You put the burden of all these people on me?  Did I conceive all these people? Did I give them birth? … I cannot carry all these people by myself; the burden is too heavy for me. If this is how You are going to treat me, please go ahead and kill me—if I have found favour in Your eyes—and do not let me face my own ruin.” (Num. 11:11-15)

This was the lowest point in Moses’ career. The Torah does not tell us directly what was happening to him, but we can infer it from God’s reply. He tells him to appoint seventy elders who would share the burden of leadership. Hence we must deduce that Moses was suffering from lack of companionship. He had become the lonely man of faith.

He was not the only person in Tanach who felt so alone that he prayed to die. So did Elijah when Jezebel issued a warrant for his arrest and death after his confrontation with the prophets of Baal (1 Kings 19:4). So did Jeremiah when the people repeatedly failed to heed his warnings (Jer. 20:14-18). So did Jonah when God forgave the people of Nineveh, seemingly making nonsense of his warning that in forty days the city would be destroyed (Jon. 4:1-3). The Prophets felt alone and unheard. They carried a heavy burden of solitude. They felt they could not go on.

And there are many more psalms in a similar vein.

Something similar can be traced in modern times. Rav Kook, when he arrived in Israel, wrote, “There is no one, young or old, with whom I can share my thoughts, who is able to comprehend my viewpoint, and this wearies me greatly.”[1]

Even more candid was the late Rabbi Joseph Dov Soloveitchik. Near the beginning of his famous essay The Lonely Man of Faith, he writes, starkly: “I am lonely.” He continues, “I am lonely because at times I feel rejected and thrust away by everybody, not excluding my most intimate friends, and the words of the psalmist, ‘My father and my mother have forsaken me,’ ring quite often in my ears like the plaintive cooing of the turtledove.”[2] This is extraordinary language.

At times of loneliness, I have found great solace in these passages. They told me I was not alone in feeling alone. Other people had been here before me.

Moses, Elijah, Jeremiah, Jonah and King David were among the greatest spiritual leaders who ever lived. Such, though, is the psychological realism of Tanach that we are given a glimpse into their souls. They were outstanding individuals, but they were still human, not superhuman. Judaism consistently avoided one of the greatest temptations of religion: to blur the boundary between heaven and earth, turning heroes into gods or demigods. The most remarkable figures of Judaism’s early history did not find their tasks easy. They never lost faith, but sometimes it was strained almost to breaking point. It is the uncompromising honesty of Tanach that makes it so compelling.

The psychological crises they experienced were understandable. They were undertaking almost impossible tasks. Moses was trying to turn a generation forged in slavery into a free and responsible people. Elijah was one of the first Prophets to criticise kings. Jeremiah had to tell the people what they did not want to hear. Jonah had to face the fact that Divine forgiveness extends even to Israel’s enemies and can overturn prophecies of doom. David had to wrestle with political, military and spiritual challenges as well as an unruly personal life.

By telling us of their strife of the spirit, Tanach is conveying something of immense consequence. In their isolation, loneliness, and deep despair, these figures cried out to God “from the depths,” and God answered them. He did not make their lives easier. But He did help them feel they were not alone.

Their very loneliness brought them into an unparalleled closeness to God. In our parsha, in the next chapter, God Himself defended Moses’ honour against the slights of Miriam and Aaron. After wishing to die, Elijah encountered God on Mount Horeb in a “still, small voice.” Jeremiah found the strength to continue to prophesy, and Jonah was given a lesson in compassion by God Himself. Separated from their contemporaries, they were united with God. They discovered the deep spirituality of solitude.

I write these words while most of the world is still in a state of almost complete lockdown because of the coronavirus pandemic. People are unable to gather. Children cannot go to school. Weddings, bar and bat mitzvahs and funerals are deprived of the crowds that would normally attend them. Synagogues are closed. Mourners are unable to say Kaddish. These are unprecedented times.

Many are feeling lonely, anxious, isolated, deprived of company. To help, Natan Sharansky put out a video describing how he endured his years of loneliness in the Soviet Gulag as a prisoner of the KGB. From dozens of reports from those who endured it, including the late John McCain, solitary confinement is the most terrifying punishment of all. In the Torah, the first time the words “not good” appear are in the sentence “It is not good for man to be alone” (Gen. 2:18).

But there are uses of adversity, and consolation in loneliness. When we feel alone, we are not alone, because the great heroes of the human spirit felt this way at times – Moses, David, Elijah and Jonah. So did modern masters like Rav Kook and Rabbi Soloveitchik. It was precisely their loneliness that allowed them to develop a deeper relationship with God. Plumbing the depths, they reached the heights. They met God in the silence of the soul and felt themselves embraced.

This is not to minimise the shock of the coronavirus pandemic and its consequences. Yet we can gain courage from the many individuals, from biblical times through to more modern ones, who felt their isolation deeply but who reached out to God and found God reaching out to them.

I believe that isolation contains, within it, spiritual possibilities. We can use it to deepen our spirituality. We can read the book of Psalms, re-engaging with some of the greatest religious poetry the world has ever known. We can pray more deeply from the heart. And we can find solace in the stories of Moses and others who had moments of despair but who came through them, their faith strengthened by their intense encounter with the Divine. It is when we feel most alone that we discover that we are not alone, “for You are with me.”