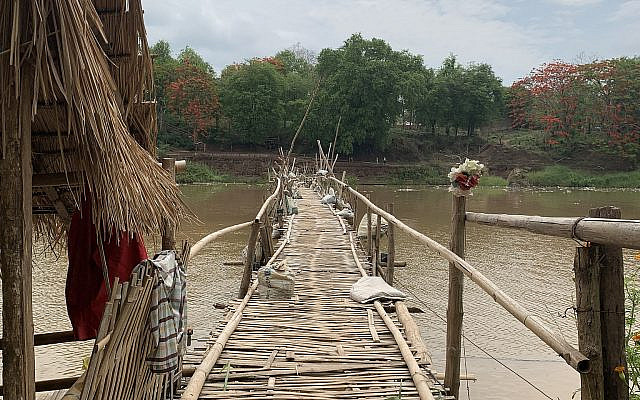 I thank Alan Johnson of Fathom Journal, not only for originally placing this article in that well-meaning publication, but for obliging my editorial stubbornness and reaching a textual compromise. Interested readers can compare the original version, here featured, to the emended one whose link follows at the bottom. 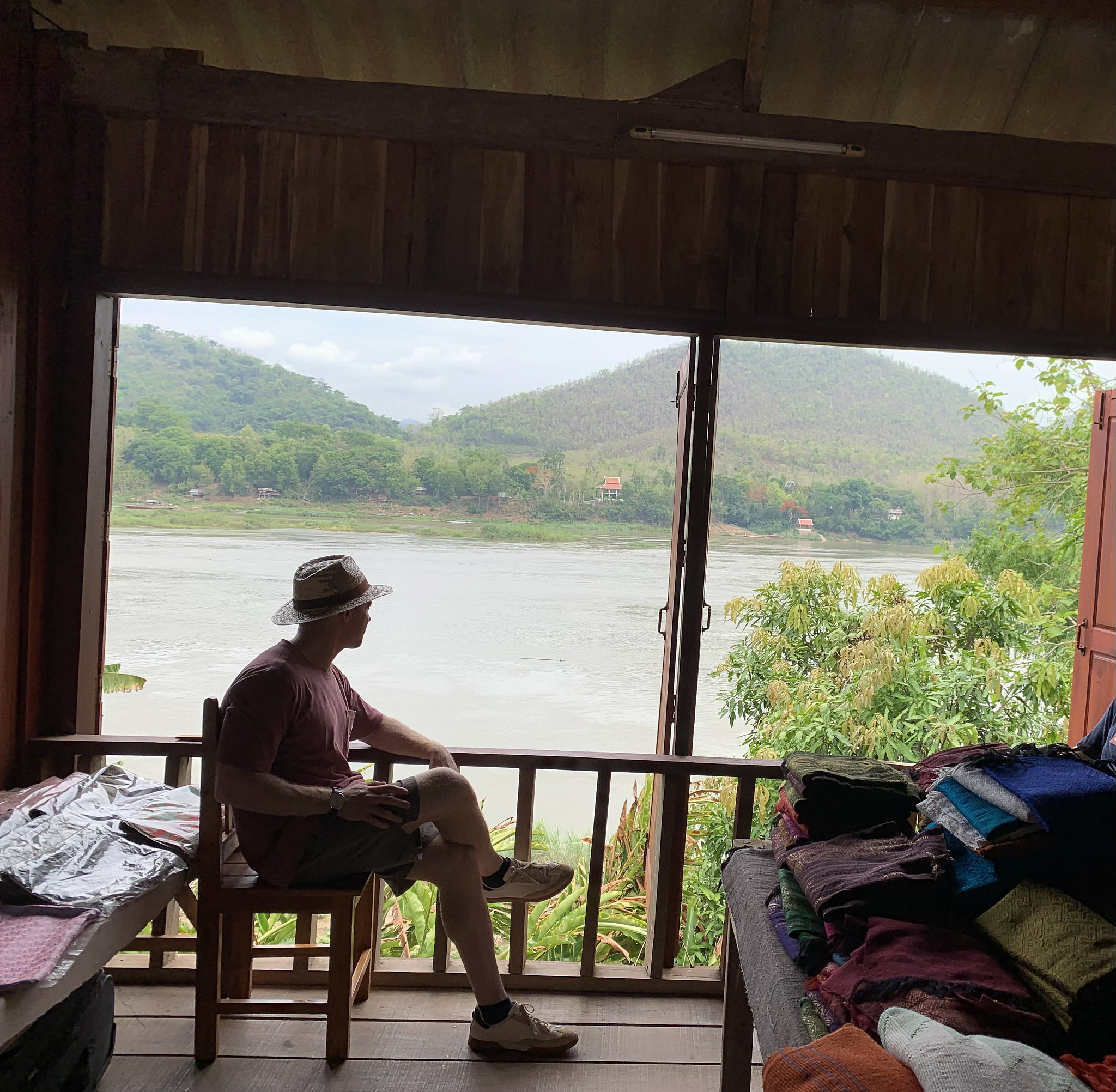 I spent the year 2018 and some of 2019, a pre-pandemic era when people in Asia wore facemasks for the more customary reason of pollution, in Hanoi, Vietnam. I spent some short time following the Israeli diplomats to that country, and observed as they pursued their program. During my tenure, brief though compact, I saw how technology developed in the desert was helping people of the tropics, how Israeli ‘hi-tech’ was serving people of lowly means (which this essay concerns), as well as other things besides (which this essay does not).

Those latter stories belong to the in-between hours, the off-hours, the after-hours…

They belong, also, to a book, currently being written, from which the essay which follows was excerpted.

One of the geopolitical objectives of the Israeli Diplomatic Mission is to garner as many allies (political language would term them ‘friends’) abroad feasible. Friendship counts for much more than bare bonhomie in a world reliably unfriendly and often hostile towards Jewish sovereignty (in other words, every ‘like’ counts in this Defacebook). This meant befriending even a small, politically and economically ineffectual, landlocked country such as Laos, a country to which the world was indifferent or unaware until the Vietnam War (what in Vietnam, from the reverse perspective, is called the American War). Countries deprived either in resources or industries, much as Israel once was deprived, regard Israel as a phenomenological example of what might be accomplished ex nihilo, and they see Israelis as a sui-generis nation, possessor of secrets to which they seek to be privy. The Israeli ambassador worked with this sentiment by bringing technology and expertise developed in the first world to those societies still bestriding the third and the second. He sought to raise the standing of his own country by raising the standard of living in others. His was a practical and humane effort.

Israel is hoping these investments will, while improving the livelihoods of people ‘on the ground,’ attaining the goodwill and friendship of those ‘on high,’ lead to a simple outcome, which might be expressed this way: Less boom, more bloom.

Like all great oratory men through history—senators, revolutionaries, revivalist ministers, prophets and mystics, diplomats and politicians—a great measure of whose career finds them pontificating before a public, the ambassador was as keen in knowing what to refrain from saying as what best to say. He would during interviews restrict the discussion to relevant themes, refusing to issue comment on matters beyond the remit and concern of his embassy.

Finding themselves before a representative of Israel an ideological few are content to execute a censorious or disapproving remark and, having said their piece for peace, “move on”; the ambassador will happily and coolly see them off without indulging their politics with counterargument. Often these remarks bear the simplicity of a protestor’s placard.

Yet sometimes the interpretable comment or hushed, en passant remonstrance, or some such other soft sarcastic nastiness would rear itself between the assumed politeness and choreographed manners of refined diplomatic fetes, and must be addressed.

I recall one such forum. We were met to discuss the challenges of maintaining equilibrium in the Mekong River (the Mekong is employer and provider to thousands of riverine peoples throughout SE Asia).

One of the sprite young scientists attendant, having concluded speaking about one river, began pronouncing upon the happenings and circumstances taking place to the west of another, that is, the Jordan. He spoke also and spiritedly of the peoples of Gaza, between Israel and whom war was a sporadic but dependable occurrence.

To the resentful disputant who views Israel as the principle belligerent of the Middle East and asks what Israel will do to prevent another “outbreak” of war, the ambassador has a neat and clever reply.

An Arabic maxim, which proves true anywhere and always, goes this way: il-mayy: arkhas il-mawjudāt, u-atman il-mafqudāt—”Water: the cheapest when it’s around, the most expensive when it’s not.”

Mayim, mayy, has been the major source of war in the desert since undatable times. Indeed the struggle over this unqualifiable resource persists into our day.

First, the ambassador recalls to his audience this point. He then recalls Israel’s leadership, in desalination, water recycling, drip-irrigation, etc., in relieving draught, converting grey to fresh water, etc., thus helping to ease a biblical difficulty, indeed one around before the days any desert prophet rose up to utter his saws. Here follows the gist of his case: “Israel,” he would say with significance, “has already prevented numerous wars.

And she continues to do so. The Blaustein Institutes for Desert Research, of Ben-Gurion University, have, as one of their ambitious objectives, the retardation, and ultimate reversal, of desertification. (The Negev composites nearly half the land mass of Israel proper). Their success is little less miraculous than Moses striking with his staff the stone and coaxing water therefrom.

In a place where the dearness of water is sufficient to give way to war and hoary Arabic proverbs, technology such as drip-irrigation makes economical use of—as the name implies—each gemlike droplet. Each plant receives just the nutrition it requires, at just the ideal time, like a doted upon young spruce. (This process has since been brought to a pitch of exactitude and precision by computer synchronization.)

Discard if you like as tacky the proverb about “making the desert bloom” (it has etiolated as a slogan, I agree) but one can not but admit, while viewing the shuks, or markets, brim with produce and dairy, that this is just what Israel in a meagre span has done; and she is showing, through her diplomatic mission, other sere and arid countries to muster what is lackluster, how to milk and honey their way to a similar triumph over the elements (sometimes literally, as in the experimental dairy farm in Laos).

The rice grain is to Vietnam what the chickpea is to Israel and Palestine. Fluffy (cơm); sticky (Xôi); in noodle form, such as vermicelli (viscous delicious, or, if you rather, gummy yummy), used for wrapping the renowned nem, spring rolls; as a cakelike bun (bánh); as porridge…if rice is not somehow incorporated into the main dish, it invariably accompanies one. (The etymology of the word for rice, “sustainer of humankind,” makes “staple of life” seem somehow paltry.)

In 2018, Israel held a ceremony in Hanoi Square, at which was revealed a vertical rice wall. Vertical Farming is an industry which, in their formulation, seeks to meet the compounding food demands of the ever-concentrating urban environment. How to farm in the midst of a city, where space, ever tightening, is ever less affordable, and your ‘home garden’ likely consists in a potted plant on the window sill? The Israeli answer was, in its way, simple: Farm upward.

More than thinking outside the box, this is to dissemble the box, and construct the pieces in new form. Revolution is an abused term, but, I believe, applicable here without risking too much hyperbole.

That same year, “can do” was brought to Can Tho, a southern-situated Vietnamese city smooching the lips of the Mekong River, where a program was initiated by the Israeli Embassy for developing the city, from the literal ground to the abstract up—from farming and agriculture, to energy, to higher education. 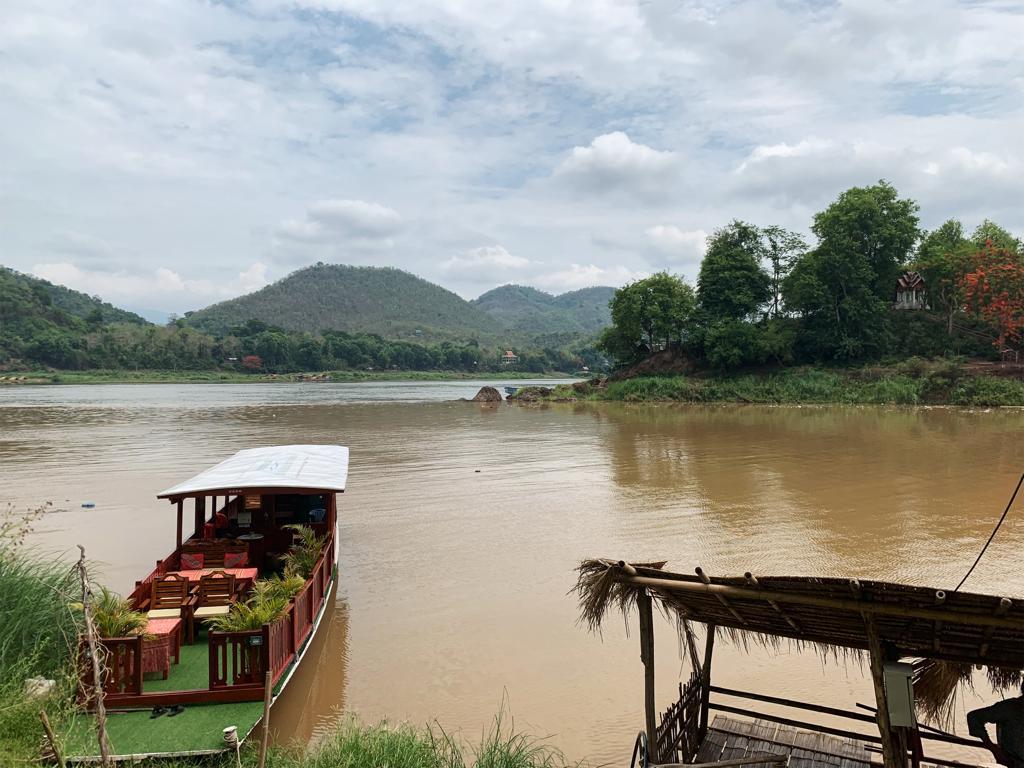 No frantic scurrying to hail this maritime taxi. (Image owned by author)

Israeli “knowhow” has become something of a platitude. This international reputation as hi-tech hub and dynamo of innovation is viewed with some amusement by the sandaled and bristly-faced Israeli who, with a sort of mocking of the collective self, can be heard to flippantly self-reference as the ‘start-up nation,’ and make mock mention of the elusive ‘Israeli genius’—not, however, altogether gainsaying these claims. Statistics firmly prevent this. The advance from camel to F16 is nowhere more apparent than Israel née Palaestina née Canaan.

For her supporters, Israeli technological success is a source of vicarious pride; for adversaries, a fact resented, resisted, but recognized, and doubtless much envied.

If only the blossoming relationships Israel has cultivated and nurtured in plots overseas were to find fertile ground in her own backyard.

The prospect for material and social boons, and the payouts of increased tourism, besides, makes cooperation with Israel sinfully enticing to some Mideast potentates. The hope is that this inducement will eventually be strong enough to resist the populist politics, embedded antisemitism, and religious intimidation that stand, as they have always stood, to reject harmonious affairs with the Zionist Entity in Palestine. Some countries have already calculated that the benefits redounding from cooperation with Israel are supreme, in the longer consideration, to the expense of immediate damages potentially incurred by terror or political repercussion. (Israeli airlines have recently added Dubai to their roster of capital destinations. Departures to Beirut, Tehran, Damascus, Sana’a, and Ramallah, among others, are indefinitely delayed.)

With the work of the Israeli Diplomatic Mission this reputation will be further inscribed in the global conscience, and we may reasonably anticipate a more pungent blending of admiration and envy on the part of the nations in Israel’s direction—ever the encouraging marker of success.

About the Author
American by birth; Israeli by birthright. TLVivian by residence. By the year, enough of them. Haim, namely.
Related Topics
Related Posts