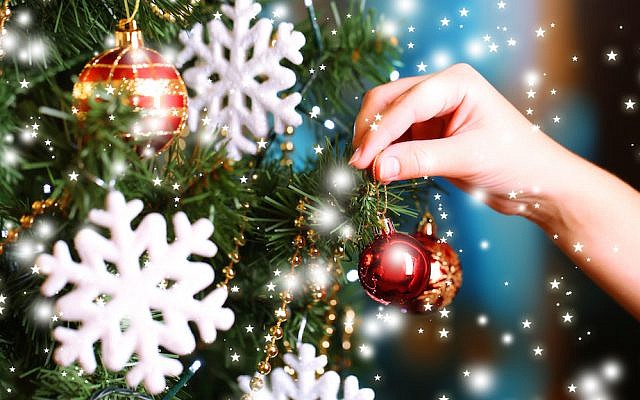 Is it possible for today’s rabbis to look forward to Christmas?

We start with a text about Hillel and Shammai, two rabbinic leaders in the first century of the Common Era. As the story goes, a potential convert comes before Shammai and offers to embrace Judaism if Shammai can “teach him the entire Torah while he (the petitioner) is standing on one foot.” Shammai angrily refuses.

Approaching Hillel, the petitioner is taught: “what is hateful to you do not do to others. All the rest is commentary. Go and learn.”

Hillel and Shammai lived in a time of Roman persecution, when observance was often punished with death. They each struggled for the survival and vitality of Judaism, Shammai by exclusion and Hillel by inclusion.

In theory, the established Jewish community sides with Hillel, but in practice, is more like Shammai. We tend to exclude the square pegs from our round holes. We make it harder for them by making it easier for us.

Enter the Christmas season – a time of stress for interfaith families dealing not only with competing holidays, but with their symbols as well.

Fifteen years ago, the liberal movements (and here I include Conservative, Reform and Reconstructionist) would refuse to – or rarely – accept students into their congregational schools if they had parents active in competing religions. Having a Christmas tree was considered a valid reason for excluding their children from their educational programs and congregational life.

The common wisdom was that competing traditions tend to confuse the child. Better that the family practice one religion than two.

But times have changed. Fifteen years ago, families felt pressure to belong to a congregation at least until the children became bar or bat mitzvah. Congregations could more easily dictate the terms under which they would accept families and children into programs.

Now, congregations are shrinking and their educational programs are struggling to remain relevant and attract students. Economic needs have created an environment in which the spirit of inclusion that Hillel envisioned is possible.

We are entering an era of empowerment for the individual family. They don’t feel the need to belong to congregations and are confident they can “do it themselves,” obtaining Jewish education on their terms.

The challenge to the established community is the same one faced by Hillel and Shammai two thousand years ago. Can we teach and embrace while our audience stands on one foot? Because that is the present reality.

I believe Hillel’s answer today would be what our communal response should be, “A Jew is anyone who wants to be a Jew. All the rest is commentary. Go and do!”

An interdenominational family or individual having a Christmas tree or celebrating the holiday should not face rejection by those representing our community.

We have an opportunity to recognize a new dynamic in our community and become more relevant to a new generation of families who have walked away. The Christmas tree can no longer be a symbol of those we exclude from membership.

Can today’s clergy meet this challenge? Can they be made to understand that membership in a congregation can no longer be confined to a round peg in their round hole? Are they willing to accept that membership in a congregation is no longer the only valid way of “being” Jewish? Can they learn not to judge, but to accept and to adapt themselves and their institutions to this new reality?

Can today’s congregational leadership meet the challenge? Recognizing that these leaders see themselves as the ones who stayed when others left, can they not be threatened by clergy validating the Jewish lifestyles they look down upon?

Two thousand years ago, the Jewish community needed both Hillel and Shammai to survive. We will survive.

Exactly how we will survive and what form it will take is dependent upon how we meet these challenges as clergy, educators and leaders. In the tradition of Hillel and Shammai, it is imperative that we serve the entire community, however it is self-defined, not just our small corners of the Jewish world.