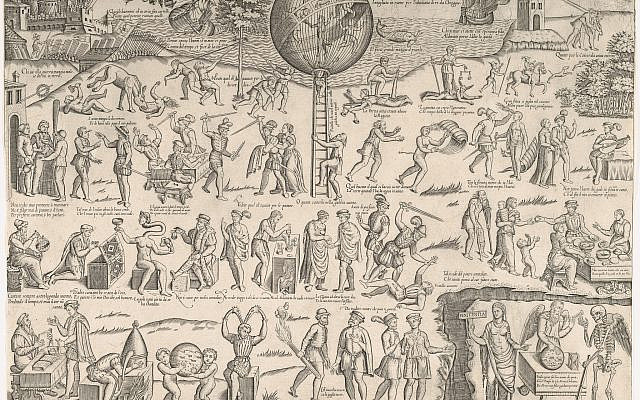 Lord of Misrule, Abbot of Unreason and Prince of Sots. The Man Who Would Be King, throat cut on the altar of Saturn by his own soldiers…

Philip Stubbes, stern balladeer of London, in Anatomie of Abuses(1585) tells us that “the wilde heades of the parishe conventyng together, chuse them a grand Capitaine (of mischeefe) whom they ennoble with the title Lorde of Misrule.” The seduction to return to pagan roots, the world upside down. The timing couldn’t have been more perfect, Twelfth Night, the eve of the Know-Nothing Insurrection. Political suicide? Perhaps. The real suicides are mounting by the week. This past week in the National Capital Area we lost the son of a most kindly congressman as well as the impish founder of The Psychotherapy Networker, good people by all accounts. The one who appears to continually get away, forever two steps ahead of the reaper, is an empty suit selling sunshine to the cave dwellers. He summons his army of troglodytes, demented trolls and mad faeries to assault the halls of power. What magicke swaye does the false tycoon hold over the Wall Street swell and military prole alike? He thunders from the Ellipse, that former corral for horses and mules, more recently the site of the National Xmas tree and Easter Egg Roll, and the map locus for Thomas Jefferson’s proposal of an American prime meridian. The distortion of the grid, a sly dimple in the warp and woof of reality.

Jews should recognize the machinations of a latter-day Shabbetai Zvi, the Romaniote kabbalist of Smyrna who declared himself Messiah in 1648. At first the rabbis laughed and drove him out of town. By the end of his ill-starred career, including putrid attempts to raise the dead and the ever popular conversion of fast days into feast days, the mad rabbi managed to tear the entire Jewish community of Europe in half. The vitriol he engendered is enshrined in the epistolary exchanges among clergy who once were collegial. In the end he was forced by the Ottoman potentate to convert to Islam or die. He made the eminently sensible, though hardly messianic, choice—to save his neck. The vast majority of his followers walked away scratching their heads and wondering how they got there. A few hardy, deluded or opportunist souls hung on. Some even formed the core of the Young Turks who led a short-lived rebellion against the sultan. Plus ça change. Same mix we have now, a democracidal bunch of lunatics, party boys and con men, united by nothing more than their idées fixes and the gravitational pull of a black hole that was once the 45th president of the United States of America. The dream is over, but the flashbacks persist. Time will tell which wounds will heal and which will fester and dehisce. Ripeness is all. For now we apply poultices, debridement and frequent cleansing. A new batch of physickes man the wards of the capital. Let us pray that they are skillful as well as compassionate.