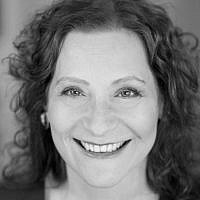 “Distance is love”. So stated Prime Minister Benjamin Netanyahu in one of his recent taboon-side chats. His challenge: trying to convince the Israeli public to maintain the two meter/6 feet distance when meeting each other in order to slow down the contagion of the Covid 19 virus.

Now, this is not easy for Israelis.  When it comes to personal space, there are differences among cultures. The “cold cultures” in Northern America, Northern Europe, and the Far East maintain distance. But in “hot cultures” – South America, Africa, the Mediterranean and of course, the Middle East – the comfortable distance maintained between people is very tight.

Ours is a contact culture. Israelis are used to standing very close to each other and there is a lot of touching. People from abroad are often taken aback by the closeness and the “chapchot” – the greeting in which males slap each other rather violently to show great affection.

Historically, when it comes to disease, Jews are no strangers to the concept of social distancing. According to Kelly Drews’ “Brief History of Quarantine,” one of the earliest cases of isolation is documented in Leviticus, “In response to a skin disease (most likely leprosy, caused by Mycobacterium leprae)… Rabbis certainly had no knowledge of the bacteria, but they did know the value of isolation: ‘the priest is to isolate the affected person for seven days. On the seventh day the priest is to examine them, and if he sees that the sore is unchanged and has not spread in the skin, he is to isolate them for another seven days.’”

These days, Israelis are trying their best to overcome the difficulties of maintaining necessary distance when out and about. It’s very common to see lines of people and their grocery carts outside the supermarket, standing 6 feet apart or two friends meeting on street benches sitting a safe distance apart.

Which brings me to my question: what will happen after the pandemic has passed?  Will we resort immediately to our old cultural habits or will we think twice about rushing to hug a long-lost acquaintance? While these habits have long been ingrained in our culture, what will happen after a traumatic period when we are forced to be conscious about every encounter with another human being, even our immediate family?\

In a recent article, “In Coronavirus Era, Hawaiians Reconsider Cultural Traditions”,  author Nancy Cook Lauer explains that the residents of Hawaii are struggling to stop themselves from greeting each other with their traditional hugs, kisses, and “honi”, a practice where they touch each other’s foreheads and breathe in each other’s breath in a gesture of respect. “It’s especially difficult for Native Hawaiians and other Polynesians, who grew up in close-knit societies where hugs, kisses and honi are an essential part of the culture.”

Recently, I did some online communications skills training at the Foreign Ministry. During the session, one cadet said that her mother wanted her to come home for Passover so she could hug her.  “Not a good idea,” I said without hesitation.

Personally, I haven’t hugged my kids in weeks. And I’m a hugger!  I crave the contact.  But I’m taking the advice of one health official on the news imploring us to keep our distance.  “Do you know what else is contagious,” he said.  “A smile.”

And so, when taking a walk in my neighborhood (I try to go up the big hill every day). I notice that I, like most people, take a wide berth when passing a fellow walker.  I do try, however, to smile behind my mask and sometimes say hello.

I wonder if all cultures will start to reevaluate their customs for greetings. Netanyahu very awkwardly demonstrated his recommendation for using the Indian “Namaste” bow instead of shaking hands.  It will be fascinating to see if there is a long-range effect on our personal space — it has become a matter of survival.

Have I transformed from someone who seeks the hug to one who recoils from touch?  I hope this disturbing time ends soon, so I can see my friends and family in person. Maybe I will relearn the joy of contact when it is no longer dangerous.

In the meantime, keep your distance, stay healthy and stay safe.

About the Author
Linda Lovitch is a media and communications consultant in Israel, working with government spokespersons, ambassadors, high tech executives, start-ups, universities and non-profits. Linda helps people to communicate with clarity and confidence whether talking to live, televised or online audiences and under the current Coronivirus isolation directives, is expanding her offering to include effective presentation via teleconferencing and vlogging.
Related Topics
Related Posts
Comments