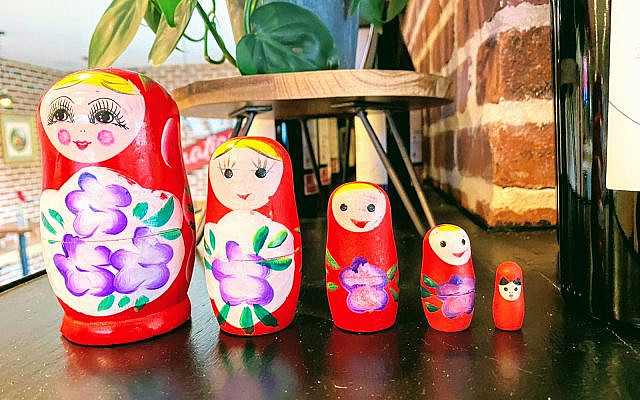 We live in a society with a greater than 50% divorce rate, 25% infidelity rate, where 1 in 7 children has experienced child abuse or neglect, and 8.9% of youth in grades 9 to12 have made at least one suicide attempt over a prior 12 month period. Therefore, the Torah portion this week, Vayera, is most interesting in that it deals on one hand with one of the greatest examples of kindness (chesed) to strangers and on the other hand with some truly troubling moral issues surrounding the family, including acts (or near acts) of rape, abandonment, and even child sacrifice.

The parsha begins with Avraham running to meet three strangers approaching in the desert and inviting them to get clean, drink, eat, and rest while Avraham prostrates himself to them and serves them in an amazing demonstration of true kindness and hospitality (Hachnasat Orchim).  This is behavior that to this very day, almost 4,000 years later, we still hold high as model behavior for giving and helping others without any expectation of receiving anything in return.

Yet later in the parsha, we are confronted with three disturbing stories of behavior (although each with mitigating circumstances) that these days would border not only on being immoral, but also likely criminal. First, Avraham, out of fear for himself, tells King Avimelekh that Sarah is his sister (not his wife), and this almost resulted in the rape of Sarah by Avimelekh had G-d not revealed to him that Sarah was really Avraham’s wife. Second, Sarah tells Avraham to abandon and banish his maidservant, Hagar, and her son, Ishmael, and with G-d’s nod of approval, Avraham proceeds to send them away into the wilderness with nothing but bread and water, almost resulting in their deaths had G-d not opened Hagar’s eyes to a well of water. Finally, Avraham is tested by G-d and told to sacrifice his only son, Isaac, and Avraham takes him unbeknownst to Sarah, binds him, and raises his knife to slaughter him, but again G-d intervenes and reveals this as a test to Avraham.

So, my question is what is the Torah trying to teach us with on one hand, showing us about Avraham’s kindness, generosity, and hospitality towards others, but on the other hand, those acts of questionable treatment towards his own family? I think that the Torah is trying to teach us an important lesson here about not only kindness to others, but to our families as well. Wait, you say, isn’t that counter-intuitive that we need to be warned about not harming our own families while doing good to strangers. Certainly, who do we love and care for more than our own families, our flesh and blood, our continuity after we are long gone? Even from purely selfish motives, aren’t we naturally inclined to protect and advance own family (and clan) before anyone else? As my dear father, Manfred Blumenthal, used to say, “blood is thicker than water!”

Yet, here’s the kicker that we learn from the Torah portion this week. When it comes to strangers, it’s almost easier to put on a face, act all proper, and do what’s right because they aren’t our family, thus Avraham could run to help the strangers. Yet, when it comes to our own families, we don’t feel it necessary to keep up pretenses.  We sometimes say and do things to family that we would likely never say to or do in front of strangers, like Avraham telling Hagar and Ishmael to get out! We may even betray and hurt the ones we love, like when Avraham said Sarah was his sister putting her at jeopardy with Avimelekh. Further, we “sacrifice” our children and spouses by putting our work (sometimes 24/7), social media, and our own brand and needs first, and don’t adequately pay attention to what’s really going on with our families, their needs, aspirations, and troubles; for example, Avraham was going to sacrifice Isaac, his and Sarah’s only child and “the son of her old age.” We take for granted and even advantage of our families, because we can. And some at the further bad end of the spectrum, “go home and kick the dog!” Yes, the pictures that everyone posts on Facebook and Instagram are what people want you to see and think about them (their personal brand): that everything’s all rosy and they have the perfect lives and families, but I venture to guess that often, it’s far from the reality of what goes on “behind closed doors.”

Of course, I am not anyone to judge Avraham (our holy forefather and my namesake), but rather we do not deify people and this is to try and understand what the Torah is here to teach us. To me the juxtaposition of how Avraham meticulously cared for the three strangers but treated his family at times otherwise (although under trying circumstances as well as by G-d’s direction to him) are to teach us that we need to speak and act right not only when we are in front of “strangers” (i.e., when people are looking). Rather, like with Avraham and his family, G-d is not only there watching, but even there to intervene and teach us what’s a test and where we may have gone awry and need to do better by our own families. All of us need to pay attention and do what’s right not only when we want to look good in front of others, but knowing that even in our own homes, G-d is watching what we do and how we treat each other. This was not only part of the tests of Avraham, but of our own good conscience as well.