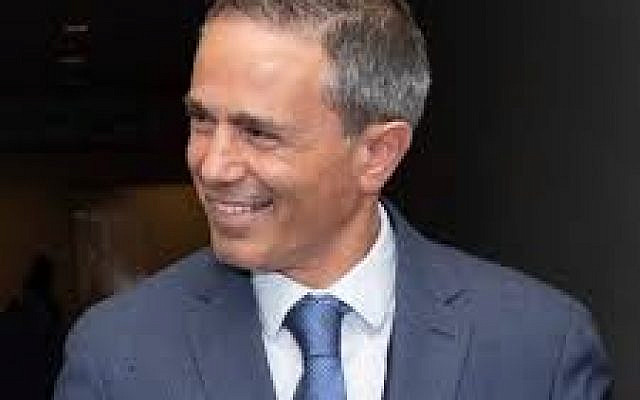 The growing anxiety and concern about the threat of antisemitism, Holocaust denial and a relentless and uncompromising attack on the Jewish world is justifiable.

This week, we took immediate action when it came to light that religious Jews boarding a Lufthansa flight in Frankfurt were selected out because they were visibly Jewish. We expressed our outrage and got to work with the German Consulate to investigate the situation and demand an immediate and unequivocal explanation and apology.  This came within hours from Lufthansa’s CEO (see our press release here – https://agpiworld.com/news).

The selection of Orthodox Jewish men who tried to board the Lufthansa flight is unforgiveable. In a discussion with one of the highest German diplomats in this country, we demanded further explanation and major institutional change within the company and German society in general. The rising tide of antisemitism in that country is unforgiveable.

But we have problems with antisemitism in this country too.  The Toronto Star this week was quick to latch onto Arab media reports which blamed Israel for the tragic killing of an Al Jazeera reporter in Jenin. The Star reporter changed the misleading headline when one of our vice presidents, Justin Linden – sent a letter demanding the paper correct the title of the “article to accurately reflect the stated of information…conclusions such as those expressed in the title to your article can inflame antisemitic hate, more so if it turns out that Israeli forces did not in fact cause the death of the reporter”.

It is unlikely Israel shot the journalist and from previous “pali-wood” episodes, the Palestinians look for every opportunity to malign Israel, sow hate and discord and inflame the Middle East and Arab communities around the world against Israel. The Palestinian Authority has refused a joint investigation with Israel to determine the cause of death and has refused to hand over any evidence of such. Sadly, western media has once again eagerly grotesquely misrepresented Israel.  This eagerness to attack Israel before any evidence is available is nothing short of Antisemitism itself – and we are fully aware.

Israel is being made into an international pariah in the media and even in our own school system. This week, AGPI sent a letter to the Director of Education at the Peel District School Board informing her about a book found in the board’s libraries that many educators feel might incite hate and antisemitism.  Entitled “Palestine”, the book is the author’s account of Gaza and the West Bank in the early 1990s. The problem rests however in the interchange between characters accusing both Israel and Jewish people of various things. In one caricature, a young boy spits as he says the word “Jewish”.

We have asked for an investigation into the appropriateness of this content and for the pulling of the book from school libraries pending an investigation. Given the rising tide of antisemitism in school boards – and their stated policy to combat this evil scourge – we have stated that such material can only reinforce hate, intolerance and antisemitism.  Attacks on any other community would simply not be tolerated – so why are they tolerated only against the Jewish community?

Finally, following our conversation with Conservative Leadership Candidate Patrick Brown, we were disappointed that at this week’s leadership debate, he repeated that he would not move Canada’s embassy to Jerusalem should he become prime minister.  This would mark an unwelcomed shift in the Conservative Party’s policy since the Harper administration. More significantly, while the United States and other nations recognize Jerusalem as Israel’s capital and do not see their own embassy as an impediment to peace talks, our hope is that Mr. Brown will re-evaluate his position.

Despite these disturbing incidents, we are relentlessly expanding our national and international circle of influence. On the heels of our aid mission to Poland to assist Ukrainian refugees last week this week we educated hundreds of students and next week we will be launching our Power of One exhibit at the Canadian Museum for Human Rights in partnership with the Pentecostal Assemblies of Canada, a prominent Christian organization. Building a networking of allies, educating and advocating here at home and around the world is our path forward to beating back darkness and mistruth.