She stood 4-foot-10-inches, yet was looked up to by everyone who encountered her, regardless of their station in life: rabbis and educators, bankers, customers and neighbors, her lifelong friends and people who just met her one time. To my father, she was a perfect soul mate who shared her interests and view of the world. Her siblings adored her, and her grandchildren, who knew her as “Nana,” loved to be in her presence.

My mother and her brother were brought to America from Lithuania by my grandmother, who was coming to reunite with my grandfather, already here, in Bangor, Maine. She was raised there, and was always a staunch daughter of the Pine Tree State, notwithstanding her subsequent homes in Brooklyn, New Jersey, New Hampshire and North Carolina.

In her early years, she was exposed to some of the transformational events of the 20th century: World War I, women’s suffrage, the Great Depression and the Holocaust. My mother was a fervently patriotic American, often recalling how the family arrived in Bangor on the Fourth of July. One of her favorite books was Mary Antin’s autobiographical “The Promised Land,” about a young immigrant girl’s life and experiences in her adopted country. She loved the music of Stephen Foster, which she sometimes played on the piano, and especially that of Irving Berlin.

But there were two other factors that most influenced her worldview: Zionism/Israel and the Holocaust.

At the age of 12, when the new synagogue was dedicated in Bangor, she was asked to speak, representing the young people of the community. In her remarks, as reported in the Bangor Daily Commercial, on March 10, 1913, she said:

“We look upon our synagogue as our fortress and the pillar of Judaism. Our purpose is to once more uplift the Hebrew flag without wishing in any way to detract from the greatness of, or letting in any way affect our allegiance to, the Stars and Stripes. We hope to make ourselves deservant of the greatness of our ancestors and worthy of taking our place as standard bearers of our nation.”

A voracious reader, she praised Robert St. John’s landmark 1959 biography of David Ben-Gurion, which held a special place in our bookcase. When I met St. John many years later, I was pleased to be able to convey that accolade in person. She was the family correspondent with her lone cousin in Israel, and a photo of her and her kibbutznik family adorned our mantelpiece for years. We had no TV in 1956, so we listened intently each night to CBS Radio reports on the Suez War. In 1967, I remember how impressed she was with Israeli Foreign Minister Abba Eban’s memorable speech to the United Nations Security Council. And she mourned the loss of her cousin’s 22-year-old son, who fell on the Golan Heights in the Yom Kippur War.

Ma was an inveterate writer of letters to the editor, a few of which were published in the Charlotte Observer, when she lived with my sister and her family in North Carolina after my father passed away. Her letters were invariably focused on the international double standard to which Israel was subjected, and to the Jewish state being surrounded by implacable enemies. After her first visit to Israel, in 1965, the Business and Professional Women’s Club invited her to give a report on the trip. I tagged along to operate the slide projector and vividly remember how proud she was to speak of her experiences.

The Holocaust weighed heavily on my mother. The part of her family that remained in Lithuania was wiped out, most likely in 1941 (save for a cousin who managed to survive and whose existence was not known to us for many years). She would talk often about letters that arrived from Lithuania, probably in 1940 or 1941, beseeching the family to find a way to bring them to the States. That the family was unable to do this troubled my mother greatly for the rest of her life.

All of this made her a fierce fighter against anti-Semitism. Another book in our bookcase was John Roy Carlson’s “Under Cover,” which recounted the activity of the German-American Bund and other pro-Nazi organizations in the United States.

We lived in a small New Hampshire city with a handful of other Jewish families. On occasions when a customer in our store or an acquaintance, not realizing my mother was Jewish, would make a reference to Jews being “cheap” or “greedy,” she’d come back with a quick rejoinder. She often talked about the lynching of Leo Frank, the Atlanta factory superintendent falsely convicted of the murder of  a 13-year-old girl, and the impact it had on young Jews of her time. Beyond that, I recall her speaking highly of those, like Pope John XXIII, whose efforts to right past wrongs made them living antidotes to centuries of ingrained anti-Semitism.

Most of all, my mother was not only a proud Jew but praiseworthy of the accomplishments of other Jews. She was a regular viewer of “The Jack Paar Show,” especially enjoying the appearances of entertainers like Alan King and Buddy Hackett, or of raconteurs like Oscar Levant and Milt Kamen. Finding out that an author, scientist or some other public figure was Jewish, she was sure to let me know, if I didn’t already. Though she didn’t live to see Sen. Joe Lieberman nominated for vice president, she would have kvelled to have seen that day.

And while her English was inflected with a Maine accent, she always had a Yiddish expression (usually quoting her mother) that was apt for any occasion. My favorite was “Vos iz oyfn lung, iz oyfn tsung” (“what’s on your lung is on your tongue,” or “the words one says are from what’s really inside”). I wish I had written then all down; they were priceless. 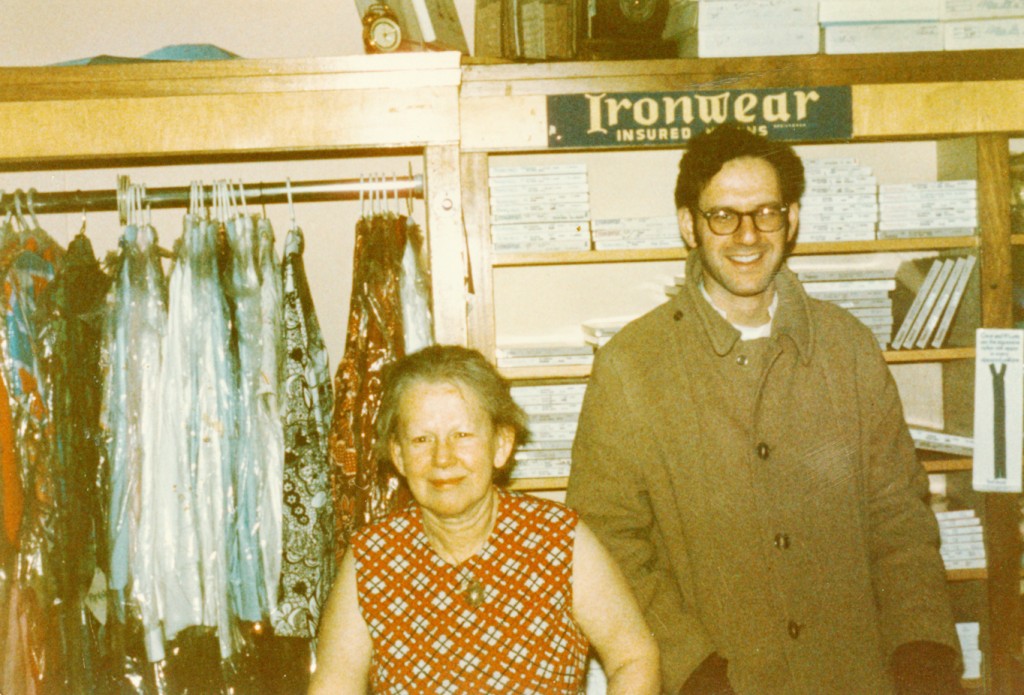 Is it any wonder, then, with a mother like this, that I wound up working in the Jewish community? As they say, the more things change, the more they stay the same. Advocating for Israel, fighting anti-Semitism, worrying about Jewish continuity: My mother cared about each, and though the names and faces — and places — may have changed a bit, the challenges remain the same. Her passion for her country, her people and her family, in my eyes, was unmatched. I’m glad that some of it rubbed off on me.

So Ma, on this Mother’s Day, thank you: for the life you led, and for the inspiration you’ve been.

Daniel S. Mariaschin is executive vice president and CEO of B’nai B’rith International. He directs and supervises programs, activities and staff around the world. He serves as director of B’nai B’rith’s International Center for Human Rights and Public Policy.)