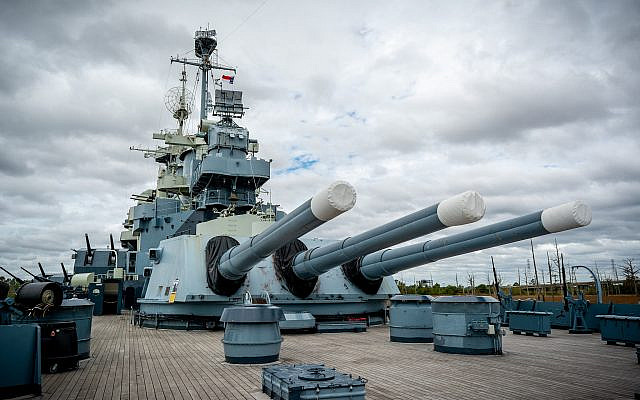 MAGA – Make America Great Again.
There is, of course, a problem with this campaign slogan, used by Donald Trump in his successful 2016 presidential campaign. People with long memories will know that America never was especially great. The slogan should read Make America Great. It certainly needs to be.
Let us take a closer look.

1940 World War II
In World War II, the US sat on its hands while its closest friend, the United Kingdom, suffered terribly at the hands of Nazi Germany. Only when the Japanese were foolish enough to attack an American asset, Pearl Harbour, did America decide to enter the war. Germany invaded Poland on September 1, 1939. Great Britain and France responded by declaring war on Germany just days later, on September 3. The United States waited two full years until December 7, 1941 to come to its allies’ aid. Not the way a great nation should act.

1953 End of the Korean War
The most widely accepted view of this conflict is that it was a draw. The UN forces, mostly American, prevented North Korea from occupying South Korea, which was the original intent of the North Korean invasion of South Korea in June 1950. But the US with all its great power abandoned the fight, allowing a stalemate near the 38th parallel, the pre-war dividing line between North and South Korea. Korea remains divided to this day.

The United Nations then threated Britain with sanctions leading to economic panic and Britain facing devaluation. Outraged that military operations had started without his knowled Eisenhower pressured the International Monetary Fund to deny Britain any assistance. Britain was left with no option but to accept a UN ceasefire proposal. The US had put its own interests above those of its strongest allies, in an ultimately futile attempt to get Arab support against the Soviet Union.

1967  The Six-Day War
In the weeks before the Six-Day War, American repeatedly refused Israeli requests for military aid. Instead of military action, the US tried to form an international fleet to challenge the Egyptian blockade on Israeli shipping in the Straits of Tiran. This, however, came to nothing.  By the beginning of June, the US eased its opposition to unilateral Israel action while continuing its refusal to provide any military assistance.

1975 End of the Vietnam War
The Vietnam War, known in Vietnam as the Resistance War Against America, took place in Vietnam, Laos, and Cambodia. It started in November 1955 and went on till 1975 when America fled in an ignominious retreat, abandoning South Vietnam and allowing the North to take control of the entire country.

1980 Taiwan
On January 1, 1979, the United States shifted its diplomatic recognition from the Republic of China (ROC) to the People’s Republic of China (PRC). The US Embassy in Taipei was moved to Beijing and the Taiwanese Embassy in the US was closed. After ending diplomatic relations with Taiwan, the United States unilaterally terminated its Mutual Defence Treaty on January 1, 1980.
In keeping with its China policy, the U.S. does not support Taiwanese independence.
Ironically, the US military presence in Taiwan had been not MAGA but MAAG, the Military Assistance Advisory Group. The same letters but a world of difference in meaning.

1982 Falklands War
The US would have found it exceedingly difficult to deny a direct request to help its closest ally. However, at the time, the USA was under considerable pressure from the Organization of American States (OAS). Argentina had been very successful in getting OAS members to give their support against the distant UK’s invasion of their territories.
The USA’s influence in the hemisphere was not strong. There was the worry that alienating the Hispanic OAS countries would make many problems for US foreign policy. As a result, the USA kept its distance from any obvious interference in the 10-week conflict.

Today Western Kurdistan
Kurdish forces in Syria have understood that their long-time ally, the United States, is abandoning them and have taken up with Syrian President Bashar al-Assad in Damascus. Kurdish fighters accused the United States of betrayal as Turkish troops moved deeper into Kurdish territory. In response, President Trump ordered his military to withdraw from northern Syria. Even though, over the last five years, the United States had collaborated with the Kurdish-led forces, President Trump saw no problem is leaving them to the mercy of Islamic State, which is strongly supported by Iran and Russia.

There are many other examples of the United States’ treatment of its friends and allies but I leave it to the reader to decide – is America really that great?