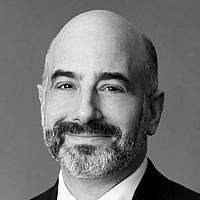 The Blogs
Doron Krakow
Apply for a Blog
Please note that the posts on The Blogs are contributed by third parties. The opinions, facts and any media content in them are presented solely by the authors, and neither The Times of Israel nor its partners assume any responsibility for them. Please contact us in case of abuse. In case of abuse,
Report this post. 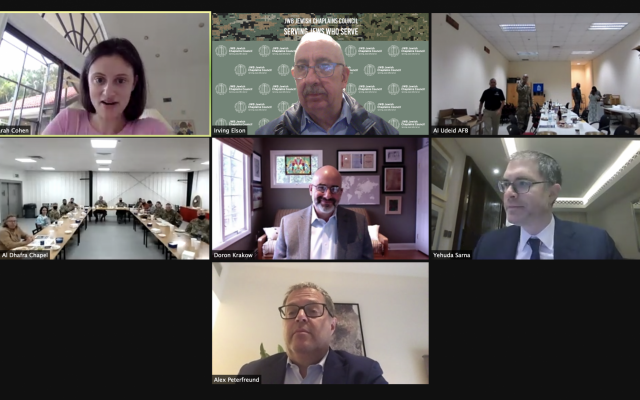 I participated in three Pesach seders last week. After holding our family seders on Zoom last year, we happily resumed the in-person tradition, albeit on a smaller scale — just close family — one with my in-laws and one with my side of the family. It was a treat to be back together, and with memories of 2020 still prominent in our minds, the events provided another answer to the first of the four questions: Why is this night different?

But it was the third seder that offered a different answer to that question altogether. On Wednesday evening, I participated in a seder with soldiers, sailors, and airmen stationed at Al Udeid Air Force Base outside Doha, Qatar, and at Al Dhafra Air Base in Abu Dhabi, together with representatives of the Association of Gulf Jewish Communities (AGJC). AGJC, a network of the Jewish communities from the Gulf Cooperation Council (GCC) countries that are developing Jewish life in the region, was launched in February of this year — an outgrowth of the Abraham Accords. Peace agreements between Israel and the United Arab Emirates and Bahrain, both in the Persian Gulf region, and also between Israel and Morocco and Israel and Sudan have ushered in a new era in the Middle East. 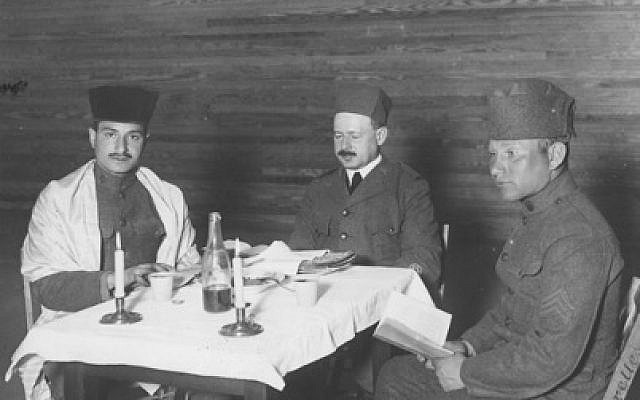 Passover services held for Hebrew soldiers at Camp Upton, 1918. Left to right: Barnard Ovenhanden, Rabbi Blechman and Sergeant Elechman officiating at the services. Rabbi Blechman was the first Jewish Chaplain in the US Army. © JCC Association of North America.

Pesach seders with Jewish members of the United States armed forces are nothing new for JCC Association of North America, which was established in 1917 as the Jewish Welfare Board, whose mission it was to support Jewish young men heading off to fight in World War I. No one could have imagined that the war to end all wars would only be the start of JWB’s work, which, for more than a century, has supported Jewish men and women who serve our country. Today, JWB Jewish Chaplains Council® makes it possible for roughly 10,000 Jewish men and women under arms and approximately 15,000 of their family members to bear their responsibilities to our nation while attending to their own spiritual and communal needs for meaningful Jewish life for themselves and their families. From World War I to World War II, from Korea’s Chosin Reservoir to the jungles of Vietnam, from the deserts of Iraq to the mountains of Afghanistan, and aboard every manner of ship at sea, JWB and its network of chaplains and lay leaders have gathered Jewish military personnel together, like family, for Pesach seders, year after year. 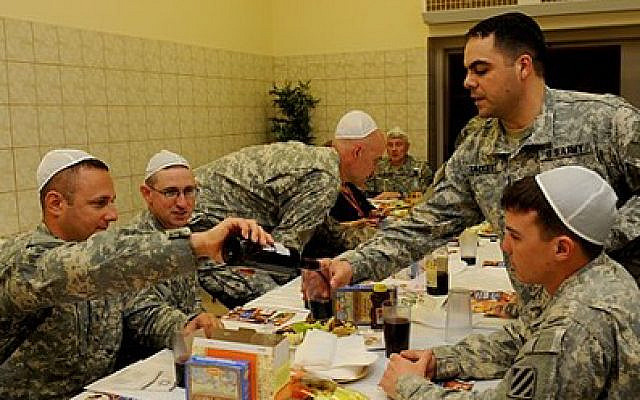 All that notwithstanding, this third seder was completely different. For the first time, Jewish servicemen and servicewomen gathered together with representatives of the Jewish communities in the Gulf. The components of the seder itself were both routine and remarkable. Daniel Wise, a JWB lay leader chanted the order of the seder, the table of contents of the haggadah. Sara Cohen from AGJC sang the four questions. Rabbi Irv Elson, a retired career Navy chaplain and now a JCC Association vice president and head of the JWB Chaplains Council®, explained the role of the four children and the items on the seder plate. In 2003, during the initial U.S. military push to Baghdad, Elson presided at a seder in a former palace of deposed dictator Saddam Hussein. AGJC board member Cantor Alex Peterfreund, a co-founder of the Jewish Council of the Emirates, led the singing of “Dayenu,” and Rabbi Dr. Elie Abadie, among the spiritual leaders of AGJC, chanted “Echad Mi Yodea” | אחד מי יודע | “Who Knows One” in Arabic. Also during the seder, attendees saw a slide show of photos from JWB seders past—a century of poignant gatherings in extraordinary settings and one in which this year’s seder now will find pride of place. 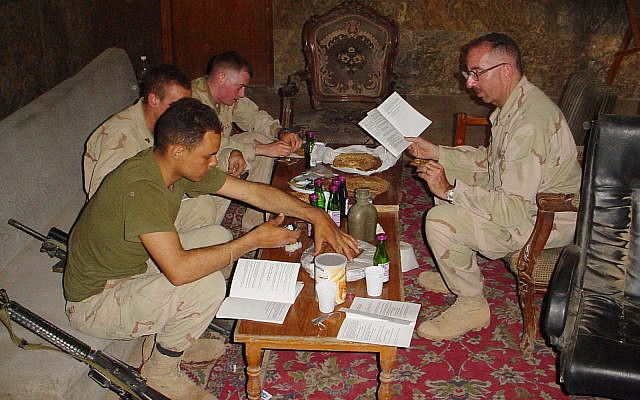 Why was this night different than all other nights?

Because on this night, JWB and the United States armed forces came together, hand in hand with the new, emerging Jewish communities of the Gulf to participate in a ritual that goes back thousands of years, adding the newest link to the enduring, ever-evolving chain of Jewish history. As Rabbi Yehuda Sarna, recently appointed chief rabbi of the United Arab Emirates, reminded us: We gather at seders each year “in order to tell [and celebrate] this story. [The seder] also is a celebration of the story tellers.” On this night, unlike any other night in the long history of Pesach, we gathered anew. A new place. A new community. A new chapter in the incomparable story of the Jewish people.

About the Author
Doron Krakow is president and CEO of JCC Association of North America, the leadership organization of the largest platform of Jewish engagement—Jewish Community Centers—outside of the State of Israel.
Related Topics
Related Posts
Comments 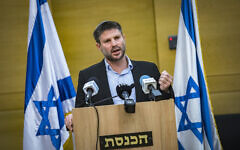