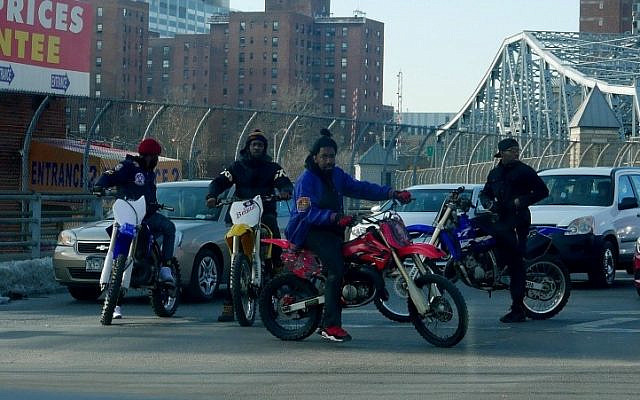 As Sacha Baron Cohen asked in his provocative recent series: Who Is America?

There seem to be two – but only one of them can put out the fire.

The America that gets things done boasts 16 of the world’s top 20 universities according to the respected China-based Shanghai Ranking. It accounts for 22 of the world’s top 50 companies by revenue according to Forbes and dominates the new economy with 7 of the world’s top 10 digital companies including Apple, Google, Amazon and Facebook. It notched 10 out of 2019’s top 10 grossing worldwide films. Militarily it can project unmatched power. This America is a spectacular success, perhaps now more than ever.

But there is another America. It ranks near the global top in income inequality and rates of poverty, according to the OECD. It leads the developed world in gun deaths per capita and the entire world in incarceration with one out of 153 people in prison (thrice the Israel level and five times Britain’s). Tens of millions of poor have little access to healthcare, which absurdly is linked to employment.  This second America looks like a basket case.

When I was growing up in the United States, the situation was far from perfect, but there was hope because the successful America was in charge. It tried to fix things, at least. As if by magic at some point the basket case took over. And so the country acquiesces to outrageous situations.

Almost no one expects anything to be done about mass shootings that do not occur at anywhere near the same frequency (if at all) in all other developed nations where guns are not freely available.

Almost no one expects a reform of the electoral system that landed the popular vote loser in the White House in two of the last five elections and could easily do it again in November. Apologists will talk your ear off about a federation, but no: a vote for president in Wyoming should not be worth three votes in California. It’s just insane.

And similarly, America seems lost about the racism that has poisoned everything since the country’s establishment in 1776.

Consider the situation of the African Americans who account for roughly 12 percent of the population, and are a majority in some important places like my hometown of Philadelphia, where the Declaration of Independence was signed.

Slavery was abolished in 1865 after a devastating civil war that emancipated about 4 million people enslaved by the secessionist Confederate states (then as now, accounting for about one in eight in the population). But this did not usher in equality. “Reconstruction” policies in the decade after Emancipation enabled the former Confederate states to maintain lower-class status for ex-slaves regarding ownership rights and suffrage (even Abraham Lincoln favored restrictions on voting rights).

It took another century for the Civil Rights movement to formally remove remnants of segregation and official discrimination – but even that has not brought anywhere near equality of outcome (and the Republicans do their best to suppress the black vote under cover of a feigned battle against voter fraud):

How can this be, more than 150 years after the abolition of slavery?

It’s complicated, but cannot be divorced from the persistence of white racism.

George Floyd, whose apparent death by police chokehold in Minneapolis sparked the current round of protests and riots, was an ex-con reportedly high and agitated at the time of his detention, so it’s no surprise that things got tense with the police. But a white person would have probably survived that encounter.

The violence the officers allowed themselves to exercise was not random or rare. It was done in public, they seem to have known they were being filmed, and there were warnings – even from an officer – that Floyd was dying. That the officer with his knee on Floyd’s neck did not relent and felt he could act in this way with impunity is at the crux of the past days’ protests and riots.

The episode joins many similar videos in recent years that carry with them the sense of a social-media-era revelation and exposure.

The race issue has been hopelessly bungled by the same America that cannot fix the gun problem, the electoral system or health insurance, and seems determined to sink into an isolationalist mediocrity masquerading as greatness. But the current protests have the potential to flower into a force that – like the #metoo movement targeting sexual misconduct – declares: “Something can be done.”

To say that nothing can be done is to imply that the natural state is for blacks to lag behind this badly. People who are not racists simply must take a step back and consider what can be done. I’m all for agonized introspection, but there are also straightforward policy choices:

I’d add vastly increased intolerance towards true criminality. Like many criminal justice systems around the world the American one is akin to traffic cops who trap motorists on expressways for minor speeding offenses that everyone commits while ignoring the difficult-to-catch but far more deadly offenses on dangerous winding roads. Crack down for real on organized crime, restrict the sale of guns to people of any race, drop the “war on drugs” that nets petty offenders and crack down on police brutality against unarmed people. Black people don’t want tolerance of rampant crime – they just prefer not to be treated like their lives are expendable.

“I’m living in a time where my 11-year-old son had to ask his parents whether the police were going to kill him,” says my former colleague Jesse Holland, a respected African-American journalist. “And I couldn’t say to him with certainty, ‘No, if you just follow the law, you’ll be all right.’”

The national mindset needs to change immediately so that Jesse can provide this assurance to his son.

But it will not come from hectoring whites that they could never understand the black experience (Who can understand anyone else anyway? ) or that they are inherently racist even if they don’t think they are (unconscious bias certainly exists but real racism by any but the “progressive” definition is intentional). Identity politics, with its fashionable hatred of whites by progressive radicals, is driving people into the arms of xenophobes.

Appeal instead to decency, justice and enlightened self-interest. No country can prosper with a minority so disgruntled. Address its long-ignored needs, and then the inclination toward cultural separatism – which upsets many whites much more than race itself – might wane as well.

It sounds as if this requires the Democrats to return to power, and in the short term it probably does – but there is a large center in America that could realign the broken politics if leaders found the courage.

The successful version of America must awake from its slumber and take back the reins. It is a burning need and a moral imperative for a country that the world needs to be much healthier, and genuinely great.