The Blogs
Hanne Foighel
Apply for a Blog
Advertisement
Please note that the posts on The Blogs are contributed by third parties. The opinions, facts and any media content in them are presented solely by the authors, and neither The Times of Israel nor its partners assume any responsibility for them. Please contact us in case of abuse. In case of abuse,
Report this post. 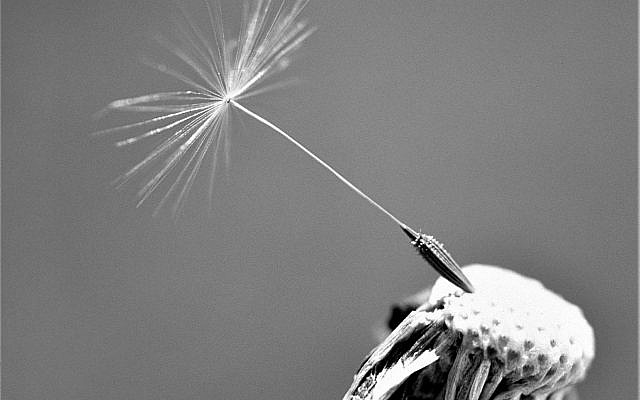 Photographer Heine Pedersen is generously offering the illustration for this blog, see his works at http://www.heinepedersen.dk/

Things are changing. I would not claim that everything is changing, but certain things are.

Each morning when I wake up, I do a quick ‘full body-scan’ to feel and record how my body is doing. Physically.

Ever since the first poison was pumped into my right arm, two days are never quite the same.

Also mentally, some things are changing. For example, I have been overcome by a sudden determination and entirely unknown generosity:  I buy gifts for myself.

First, there was the piano that emerged as an irresistible urge at five o’clock one sleepless morning. It was an immediate decision. My fingers now run scales up and down the keys, and strangely enough, it already sounds almost like music.

Then there was this Ninja blender.

“You need some healthy food,” I thought.    Shakes of greens and vitamins, full of nuts, healthy natural antioxidants, oatmeal and all.

Not many minutes passed, from the thought of the idea, until I had ordered the blender over the internet. I now treat myself every morning to beautiful healthy drinks, that in any case, cannot hurt.

And today I bought myself a fountain pen.

A friend recently gave me a neatly bound notebook.

“I don’t know how you like to do your writing, but I like writing with a fountain pen,” she said.

It has been more than 35 years since I last owned a fountain pen, but suddenly I felt an urgent urge to own one again. So I have bought one. Just like that.

This is only interesting since it is diametrically opposed to my nature to make quick decisions to buy more or less unnecessary things. For me, buying anything at all has always been associated with long, thoughtful considerations and deliberations as to whether a purchase was necessary at all.

I grew up with a very affectionate mother who, in her late teens, had been sent to an old-fashioned cooking and homemaking school. She was taught to fix holes in socks and stockings, save on fabric by sewing new clothes from old ones and always use all the leftover food in the fridge.

This is how we were raised. Thrifty and very sensible. All that is not imperative is unnecessary. There were exceptions, of course. But my mother, even when she was a grown woman, never surrendered to things she considered a luxury. Even when she fell in love with new beautiful Italian knitwear – and she had a soft spot for Italian knitwear – force was almost needed to convince her to buy it. After all, she still had plenty of beautiful warm knitted sweaters at home, she would argue.

My mother’s frugality was partly a result of living through times of war, but it also came from her own childhood home.

My grandparents did not buy unnecessary new things either. My engineer grandfather had a standing job as a repairman of various household appliances that my grandmother had nearly burnt out.

I remember with horror the terrible phrase my grandfather would utter every time he managed to make the mixer work again and proudly gave the appliance back to my grandmother: “Now it will probably work until we won’t need anything anymore,” he said.

As a child, I thought my grandfather should pay more attention to my feelings. I hated the idea that one day I would not have my beloved grandparents anymore. For my sake, he should not trumpet the fact that no one lives forever, no matter that he and my grandmother lived in peace with the thought of death.

I see a red thread connecting my grandfather’s words and my mother’s inability to allow herself anything new running straight to my piano, my new blender, and the shining polished fountain pen.

No diagnosis should dictate to me how I live my life. So far, I am the one to decide.

This is my sixth blog and the sixth chapter of my book The Lights Within, you can read more about the book and buy it at: http://www.hannefoighel.com Due to the corona anyone who buys the book will get an electronic version until the postal services recover.

About the Author
Born 1956 in Copenhagen Denmark. M.Sc. in cell- and micro-biology, and physical education from Copenhagen University. Has been working as a journalistic writer as MiddleEast correspondent for Danish media since the middle of the 1980ies, filing for the Danish public service Radio and TV, DR, and for a number of Danish print media: Berlingske, Weekendavisen, Politiken. Currently corresponding for the daily Christian newspaper, Kristeligt Dagblad published in Copenhagen. Married to press photographer André Brutmann, widowed in 2002, mother of two, grandmother of 3. Was diagnosed with ovarian cancer in October 2018. This blog has been written during the period of chemotherapeutical treatment and surgery at Tel Hashomer hospital that lasted through March 2019. By October 2019 the cancer had recurred setting off another round of treatments.
Related Topics
Related Posts
Hanne Foighel
Comments