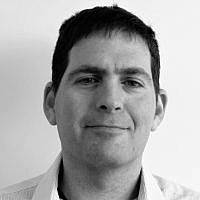 The Blogs
Amir Grinstein
Apply for a Blog
Please note that the posts on The Blogs are contributed by third parties. The opinions, facts and any media content in them are presented solely by the authors, and neither The Times of Israel nor its partners assume any responsibility for them. Please contact us in case of abuse. In case of abuse,
Report this post.

For many years Israel was a subject of continues criticism and negative media coverage. Israel’s conflict with the Palestinians masked all other aspects of the Israeli identity and turned the country to become a “single-dimensional brand”, associated solely with the conflict.

Although the complex conflict with the Palestinians deserves full and urgent attention, in reality Israel is a “multi-dimensional brand” with tremendous positive contributions to the world. This more nuanced story around Israel has been gaining momentum in the last decade as recent research suggests(1).

Specifically, the research introduces a country (re)branding practice that is based on a

“micro-marketing” effort (a customer-driven approach that is aimed at identifying and satisfying the needs of individual consumers or segments of consumers through personalized and customized marketing solutions and communications) and how it was recently applied by Israel. The country developed a strategic and systematic decade-long process that began in 2004. The research demonstrates the positive changes in Israel’s brand performance and perception over time (2007–2015), as well as other country- and industry-level indicators that demonstrate the effectiveness of the re-branding process.

The key idea, based on systematic market research, was that the brand “Israel” needs to be relevant to ordinary people’s daily lives, and that there is a need to “humanize” the “Israeli” so people can emotionally relate to the country. The agreed upon story was around creativity and “creative energy” as this is Israel’s uniqueness and relative advantage. Further, as we live in the age of creativity – this is an important message to “broaden the conversation” about Israel with. Once this perception became more widely spread, the image of the country has began to gradually improve.

This approach does not ignore the conflict and views it as part of Israel’s brand although it enables people to perceive the country as a multidimensional brand. As a leading member in the re-branding team puts it: “I want to be in the situation where somebody will say, You know, I don’t agree with your policies towards the Palestinians, but you invented this medical camera that saved my mom’s life and I appreciate that.”

On the surface, the warm hug Israel is being given by President Trump may suggest that the positive momentum will continue. On a deeper level, however, Trump’s lack of understanding of the conflict – as evident in his statement: “I’m looking at two-state and one-state, and I like the one that both parties like, I can live with either one” – is deeply disturbing. The ability of the brand Israel to thrive moving forward relies on the premise that the country is genuinely trying to solve the conflict and that the ultimate resolution involves a “two state solution”. If a possible outcome of the conflict involves a “one state solution” – which is likely to have dire consequences on Israel’s democratic values, its moral system, as well as on its economy – then, Israel the country and the brand are going to get a serious blow, one where even the most creative marketing campaign would not help.

Aharoni and Grinstein (2017), “How to (Re)Position a Country? A Case Study of the Power of Micro-Marketing,” forthcoming Place Branding and Public Diplomacy.

About the Author
Amir Grinstein is an associate professor at the D’Amore-McKim School of Business, Northeastern University and on the faculty of Economics and Business Administration, VU Amsterdam
Related Topics
Related Posts
Comments