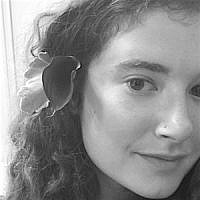 The book of Bereshit makes the small great; the book of Shemot makes the great small again. Bereshit introduced us to the human spirit and allowed us to fall in love with it – this miraculous soul which, despite its infinitesimal smallness, has such a vast ability to transform and build and love. By contrast, the book of Shemot, set in a world obsessed with human greatness and majesty and intrigue, forces us to remember how small we are. And in the end, the effect is the same: to remind us that greatness and smallness go hand in hand, that human beings cannot truly be great if they ignore the fear of God and the constraints of morality and think themselves the measure of all things. Bereshit is Avraham gazing out over land and time, the voice of God ringing in his ears, imagining the numberless descendants that will spring from his little self. Shemot is – to use a slightly more modern analogy – huge Ozymandias with feet of clay, crumbling.

In Bereshit, men behave as humble individuals, dwarfed in the shadow of God’s creation. History is a series of associations between single, named people – whether kings or shepherds or slave women – wandering through a world in which societies and laws have only just begun to cohere. It is impossible to imagine a more sweeping moment in literature than the first two chapters of Bereshit, which literally span heaven and earth, which grapple with the unfathomable beginnings of eternity. And yet this book eventually narrows in scope, first from all its teeming species to the human race, then to a single family, then to a single strand of that family. This contrast serves to highlight both human insignificance and human sacredness: we may be no more than dust in the infinitude of Creation, and yet our individual names and stories matter, shape the course of the universe, are beloved and documented by the Holy One.

Shemot – the first chapter of which Jews around the world will read this week – gives the impression that the reader has exchanged a magnifying glass for binoculars. Its first few lines retell the same story that ended Bereshit, the migration of Yaakov and his family and the death of Yosef, but couched in the language of world history rather than intimate storytelling. Ironically, for a book named “Names” (the literal translation of Shemot), there are almost no names here. We begin with the formal list of Yaakov’s sons, here presented not as brothers – as the clan of odd, morally ambiguous, richly detailed characters we met at the end of Bereshit – but as symbols, as the heads of their respective households. And as they make their way to Egypt, they are for the first time referred to as “B’nai Yisrael”: here not just referring to a position in the family, but a nation, counting not only Yaakov’s real sons but his grandsons, and their mothers and wives, and their servants and entourage. This newfound nationhood is only cemented in the next sentences, as the generations go along and a new national term is applied to B’nai Yisrael: they are “Ivri,” Hebrew, just as their oppressors are “Mitzri,” Egyptian. From the Bereshit model of individual actors, whose unique passions and decisions determine their fates, we have transitioned to a stage on which the political sphere wields great powers and the lives of men are not entirely their own. This depersonalized world is reflected in the rise of a new king “who did not know Yosef” – this Egypt, like Babel before it, is too concerned with large-scale plans and ideologies to remember or notice, let alone care about, human beings.

It is to that end that Shemot begins with a weird and compelling fluke: an apparent grammatical error. The first line of Shemot reads, ״ואלה שמות בני ישראל הבאים מצרימה את יעקב….” Usually, this is translated to the effect of “These are the names of the sons of Israel who came to Egypt with Jacob…” (JPS). “With,” however, is misleading. For the word used is not “עם” but rather “את” – the unique Hebrew word that denotes the direct object of a sentence. So Yaakov is the object. But the sentence has no subject! Yaakov is acted upon; who is acting on him?

Centuries of commentators have noticed this idiosyncrasy; most have chosen only to reinterpret it as “עם,” avoiding the problem presented by the bizarre phrasing. Ibn Ezra, however, points out an interesting connection: without explaining the “את” in either case, he notes that the same construction is also found in Bereshit, when God makes His first covenant with Avram. “ביום ההוא כרת ה׳ את אברם ברית…”, “On that day Hashem made a covenant with [את] Avram,” we read, right after God predicts the Egyptian enslavement and freedom of Avram’s eventual nation, right before He assigns them their land.

Both these instances where “את” replaces “עם” are related to family and migration. Both appear in moments where a single person faces a juncture at which the future of his whole nation is at stake. Avram, in making a covenant with Hashem, is not making a covenant only for himself; he makes a covenant for himself and his descendants, all embodied in his person. Likewise, when Yaakov comes to Egypt, he is not only Yaakov but Yisrael, an entity which goes far beyond himself.

Avram and Yaakov are the subjectless objects of the sentence. Who are the subjects? Taking the parallel a step further, one can imagine that, just as Hashem acts on Avram in making a covenant with him – puts the option in front of him, allows him to choose the covenant and determine the fate of his people – so too the sons of Yisrael, who are in the same grammatical place in the sentence as Hashem was in the quotation from Bereshit, act on Yaakov by presenting the choice to uproot. Yet in the end, it is Yaakov’s decision to relocate his people, just as it is Avram’s to dedicate himself and his future to Hashem. Perhaps this is why the sentence appears to have no subject, no main driving actor – to remind us that individuals have a choice, that the individual will matters, even when circumstances seem inescapable and repercussions extend far beyond the life of a single man.

Even in the bleakest moments of Parashat Shemot, in the unified groans of the Hebrews, in their mass oppression by their faceless tormentors – the gigantic store-cities erected in human sweat, the euphemistically phrased death-decrees enforced by an undifferentiated mob – there are glimmers of the individual soul. Some of these people are left unnamed, identified only by their place in the hierarchy (the daughter of Pharaoh, for instance, or Moshe’s parents, known only as “a man of the house of Levi” and “a daughter of Levi”); this is the speech of a society where social and familial and ethnic positions are the sum total of identity, and where identity is thought to be the sole determiner of fate. And yet, in this dehumanizing milieu, there are a few names. We meet Shifrah and Puah, the Hebrew midwives, who, in defying the murderous orders of Pharaoh and acting according to their own moral compasses, assert an identity and soul beyond their place in the political order. And then we meet Moshe, who in one seething instant avenges the beating of a Hebrew slave.

Are the midwives Hebrew women themselves, or Egyptian midwives to the Hebrews? Does Moshe, the son of Hebrews and the scion of Egyptians, consider himself Hebrew or Egyptian? The text is willfully ambiguous on both these questions, and that ambiguity is itself a rebuke to Egypt. It is tempting for great nations to define people by their affiliations – by their politics, or their ethnicities, or their place in the societal order of things. Here, however, the definitional characteristics of these people – the righteous women and man who receive names in a nameless world – are emphatically not their nationhood, but rather their own decisions, their own moral power. Moshe’s affiliation with the Jewish people does matter, and will continue to matter more and more over the course of Shemot. It influences his character. But it is not the sole determinant of his character, and to think that – to discount his own moral agency and experience – is to think the thoughts of Egypt.

For good reason, we Israelis are obsessed with politics. And this past week, in the wake of several controversies and yet more acts of terror, it has been all too tempting to talk not about people but about camps. When will the Palestinians stop stabbing Israelis in the streets? Is the religious Zionist movement responsible for a hateful fringe? What is the appropriate relationship between the Israeli left and the Israeli government? Entities – not people. These are important conversations to have, the kind upon which laws are made and countries are developed. Yet it is imperative to remember the suggestion of that little, striking את: they, whomever we may be discussing, have a choice. Each one of them has a choice. We have a choice. And our own human choices, in the end, may be as powerful, and as beautiful in the eyes of God, as the choices of nations.

About the Author
Sarah Marx is a writer, student, and olah chadasha. A recent graduate of St. John's College and the Pardes Institute of Jewish Studies, she now lives and works in Jerusalem.
Related Topics
Related Posts
Comments