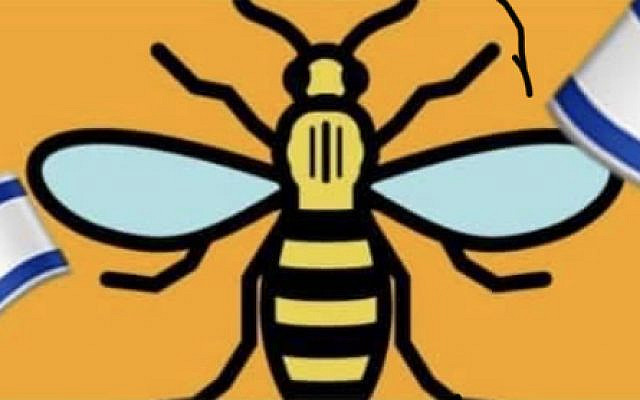 Mancs in Israel have been taking a trip down memory lane of late.

It’s all down to a newly resurrected Facebook group called, yes, you guessed it, Mancs in Israel.

The group was set up by my friend and me a few years ago and has languished somewhere in Facebookland ever since, doing precisely nothing.

Recently, however, with far too much spare time on my hands, I decided to give it a new lease of life. It’s now become a place where Mancs can go to share their war stories and reacquaint themselves with old friends, acquaintances and even their old teachers!

Posts such as ‘Best day trips from Manchester’ have elicited some wonderful memories of soggy sandwiches and rain soaked days out, which only the cold, damp North of England can provide.

For those of you who aren’t familiar with Manchester and its surrounds, it has a rather special climate. It rains. All the time. Not the heavy, biblical type rain which you get here in Israel, but a slow, steady grey drizzle.

A well known Mancunian comedian once described it as, ‘the kind of rain which soaks you through,’ and he was right. No umbrella is capable of shielding you from it. It’s quite simple…you either surrender to it, or you don’t go out.

Living in Manchester against that grey, drizzly backdrop made us Mancs into what we are today…hardy and blunt, yet warm, friendly and optimistic.

Proper Mancs never surrender to the weather. Heaven forbid our plans should be scuppered by a spot of rain! Quite the reverse! We just carried on regardless with our rain soaked day trips and soggy sarnies!

Many of us on the group have also been sharing some of the more important details of our time in the great city.

We’ve discussed the delights of the Brackman’s smiley face cupcakes amongst other famous delicacies. Where to buy the best bagels has also been hotly debated as well as other matters of earth shattering importance.

We’ve reminisced about famous Mancunians, past and present. They’ve ranged from world renowned authors to local head teachers. Anyone who was anyone at all in Manchester made the cut. Mancunians are so proud when one of their own comes good, especially, in this case, if they happen to be Jewish!

Jewish geography is a well known phenomenon, which is magnified to the ‘nth degree in Manchester. Simply put, everyone knows everyone (almost) and those who don’t actually know each other, know someone who does (if you get my gist).

Even the North/South divide which has been the cause of many a family broigus, hasn’t dampened the spirit of the group.

Those from south Manchester, under any other circumstances would prefer to say they are from leafy Cheshire. For the purposes of this group, however, they grudgingly accept that they are actually Mancs. These posh sorts have been mixing happily with their northern counterparts and amazingly, not a cross word has passed between any of them.

Manchester is a very special place, which is why Mancunians are a unique breed. Those of us who were born and bred there will always have a special place in our hearts for Manchester.

For many, like myself, who left Manchester to live here in Israel, it’s been such a joy to have somewhere to reminisce and gossip with old friends and new about the good old days, when life was easier and corona wasn’t even a thing!

It’s quite simple…the group is open to all Mancunians  who live in Israel. (Exceptions may be made for those who support Manchester United).

So, as the rest of the world is sadly now out of bounds, if you fancy a trip down memory lane, please join us using the link below!