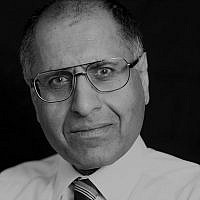 It’s over 30 years since my father died, of natural causes, after “a good innings” at 81. I still remember it like yesterday, although time gradually covers over the pain of loss. Judaism, Christianity and Islam all contain practical rituals about what to do when somebody dies. A moment’s reflection shows that these rituals are not for the benefit of the deceased, but for the living to help them to adjust to the loss and move on with their lives. In the absence of such rituals, suppressing grief often results in later psychological problems.

Compared with the expected death of a parent, the mass murder of 22 people, many of them very young, attending a pop concert and then killed by a suicide bomber, is a trauma on an entirely different scale. It directly affects thousands of relatives and friends, not just of the deceased but also of the injured and of those who were there at the pop concert but who did not suffer physical harm.

Apart from the accomplices of the bomber, and those who share his hateful ideology, the whole of Manchester has been traumatised, with the level of suffering obviously varying with closeness to the deceased and injured.

How do the people of a city cope with such pain?

Just as individuals are helped to cope with personal loss by religious rituals, so also are the residents of a city. However, when our society is so diverse, the rituals cannot be exclusively those of one faith. They also need to include those who have no religious faith.

We saw this last week.

While individual religious organisations held services in their places of worship, the focal point for Mancunians collectively was our civic “sacred space” of Albert Square in front of Manchester Town Hall. This is where for over a century Mancunians have celebrated triumphs and shared the pain of tragedies. Mancunians came together with our leaders, not just religious leaders drawn from the wide spectrum of faiths in Manchester but also civic leaders, such as the Lord Mayor, the Greater Manchester County Mayor, and national leaders such as The Secretary of State for Communities and Local Government, the leader of Her Majesty’s Loyal Opposition, and the Speaker of the House of Commons. What mattered most was not the individuals themselves but their roles as representatives of our nation.

For the entire week, the sacred words that reverberated around Albert Square and were then repeated many times on television and radio were drawn not from a religious text but from the poem “This is the Place” by Tony Walsh, known as Longfella; words which reduced many who heard them to tears.

Manchester has been my home for 64 years, since I was less than two years old, and I have no memories of any other. Three of my close relatives were at the pop concert, though fortunately unharmed by the bomb. We Mancunians will get through this tragedy, together.

Violent Islamist extremists like the bomber hate to see Muslims living happily in Britain alongside non-Muslims. They would like nothing more than to see Britons turning on each other, culminating in Muslims being driven out of the UK. The way Manchester has come together after this tragedy is a key part of helping to defeat our enemies.

Mohammed Amin is Co-Chair of the Muslim Jewish Forum of Greater Manchester. He is writing in a personal capacity.