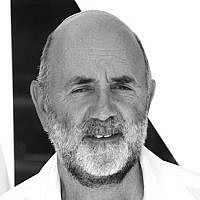 The Blogs
Baruch Velleman
Apply for a Blog
Advertisement
Please note that the posts on The Blogs are contributed by third parties. The opinions, facts and any media content in them are presented solely by the authors, and neither The Times of Israel nor its partners assume any responsibility for them. Please contact us in case of abuse. In case of abuse,
Report this post. 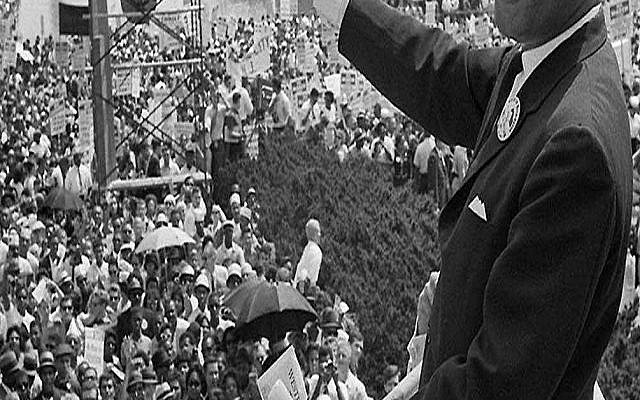 If Martin Luther King Jnr. was alive today, what would his advice be to Israel’s disparate peace NGOs and civil rights organisations?

I believe he’d say, “Work together towards your common goal. Don’t give up. Talk to those who disagree with you. Be optimistic, for justice and peace always prevail over selfishness and greed.”

And then he would say, “Most important of all, teach this message to your children”.

Here it is with that vital message.

I’ve spent more than twenty years being a teacher. It’s not just a job. It’s a passion and a way of life, a way of thinking, and a way of learning.

But sometimes it’s also really hard. Especially in rural England where I’m the only Jew and if a Chinese family walks into a restaurant, everybody stares. Not to mention all my neighbours who believe immigrants should go back to their ‘own’ country.

This week is one of those weeks.

Look at me on Monday morning – I’m almost skipping into my classroom; they’ll be learning something new today. I love to teach things they haven’t yet discovered on the internet – and let’s face it, contrary to what they think, that’s actually a lot.

I plan to start with a game- and at my announcing this, everyone groans.

“It’s not a normal kind of game, like a spelling game or word game,” I promise them, grinning like a kid. “Today it’s something totally new.”

They see I am right when I give out different types of stickers: black circles, yellow stars, and white squares. I ask them to put them over their hearts.

“Right,” I say. “I’ve surprises for everyone. All of you with white squares, you can have these home baked cookies.” And I give them out. The chosen students rush at me, but I plead with them to sit down. “There’s enough for everyone,” I assure them.

The students with the black circles and yellow stars sit watching their friends, but they are happily expecting their surprises too.

“All those with black circles, on the floor please.”

“Now.” I shout, “Otherwise no breaktime.”

They do as they are told, amongst murmurs and grumbling.

The yellow star students are half grinning, and half worried, still without their cookies but also still on their chairs.

“All the yellow stars,” I say. “Give me your packed lunches and your wallets and purses.”

The students look at me open mouthed.

They all do as they are told, more out of astonishment than anything, and I put all their belongings in a big box I brought for the occasion.

One boy refuses, so I take his whole bag, and his coat and jumper on the back of his chair.

“What are you doing?” he complains.

The students are generally good. One of my favourite classes. Teachers tell you we don’t have favourites, but of course, we always do. My favourites always seem to start off as my most mischievous and troublesome class at the beginning of the year – they have the most spirit and creativity, and after a few lessons with my slightly eccentric style of teaching, they come on board.

Only, there’s one boy in the class who hasn’t. His name is Thomas. His parents are very right wing and expressed their displeasure to our headmaster when the House Captain was elected: an Asian young lady, who’s had offers from Cambridge and is on the Youth Parliament. Still, it seems it isn’t her intellect or dynamic character which caused problems for the couple.

Most of the time, Thomas toes the line. I’m not supposed to share my politics with my class. I only lead my students in discussions about the benefits of socialism, about kindness in our community, about looking after each other. About the dangers of money, selfishness, and inequality.

“There is only one race, the human race.” I tell them, one day. Most of them nod or smile.

Thomas says, “What rubbish. I refuse to be put into the same category as Pakis.”

The others shout him down and he goes quiet. But that’s the problem. He always just keeps quiet. We’ve never been able to change his mind.

So, I had this idea of the stickers. I had to get it approved by my boss – just in case I ended up starting a major riot in class. But she said she loved the idea. Would use it for herself.

So here we are, some of my students scoffing on cookies, some uncomfortable on the floor, telling me it’s cold, asking when they can get up, and the rest, just sitting there incredulous, because they can’t eat their lunch in break or buy anything to replace it.

Thomas is sitting on his chair with all his belongings, and a cookie in his podgy belly, so he is keeping quiet.

But when I put a black and white picture of two men up on the screen, one black, one white and bearded, Thomas groans.

“You’re not serious?” He says. “What have those two dead men got to do with us?”

“Who are they?” I ask, trying to catch him out.

The others murmur their assents. They too have heard of him.

“And the other man?”

“He looks like some nutcase tramp!” snorts Thomas. “Look at his weird black hat!”

The others start to snigger but I stop them in their tracks. “The other is a Rabbi. Rabbi Abraham Joshua Heschel.”

There is a sudden hush.

When I first joined the school, I was the first Jewish person many of my students had ever met. They were surprised to find I was normal, sometimes even described as ‘cool’. Slowly, they asked me more about my people. At Passover we had discussions about Jesus’ last supper and the Passover meal; I showed them how Jesus had preached Jewish teaching, to love your neighbour as yourself, and I explained how Judaism and Islam were connected too, both religions saying how if you save one life, it’s as if you have saved the whole world.

These students had never known how all three religions were so inextricably linked through that one word: love.

The students are quiet when I show them a presentation on the ways Heschel and King worked together right up to ten days before King’s death, were close friends and an inspiration to each other.

“I can’t believe he got shot.” Aimee says, shaking her head. “That sucks.”

But John, always fascinated by philosophy, pitches in, “But he died fighting for what he believed in, there’s no better way to die than that.”

And then a wonderful discussion ensues, which I can’t even try to repeat, where those on the floor, those without lunch or money, and those full up with cookies, speak about whether it’s best to die young, trying to change the world, making it into a better place, or to keep yourself and your family safe, and live to a good old age.

Being young, the conclusion for them is very black and white, if you excuse the pun. Fight and die young, they agree.

Five minutes before the end of the lesson, I tell them they can all get up and sit down on chairs. I offer all of them cookies, an equal amount for everyone, and give their lunches and money back.

And we speak about how they had felt during the lesson. Words such as humiliation, injustice and degradation come up.

It is then Thomas speaks. “I felt fine!”

I turn to him and say, firmly, “But you always do, Thomas. You always have. You are a white, Christian male in a patriarchal white society. Of course you feel fine. But can’t you see that it was all down to chance, you are born that way?”

I go over to him and take off his sticker, swap it with another student’s, sitting near, who happens to have a black circle.

“Can’t you see how you could just have easily been born black, and been enslaved, ostracised, abused for centuries?”

“Or Jewish, and killed in the Holocaust?” A perceptive student, Ben, adds.

All eyes are on Thomas while he is silent, wriggling in his seat.

And then the bell rings.