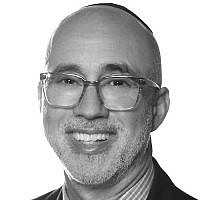 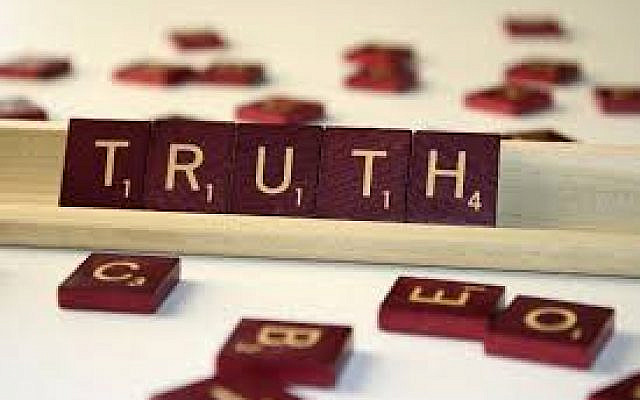 The elections are over and more than a week later, COVID19, in fact, did not disappear as some predicted.  Why?

This passage was written nearly one hundred years ago as a critique of democracy by Walter Lippman, a Pulitzer Prize-winning political journalist and author. He noted that one of the besetting problems of the modern era was going to be that people would not see and then define but rather define and then see. This is the cultural and political reality that is before us today.

This corrosive approach to information gathering, the resulting behaviors, and the divisions it is causing birthed the term “post-truth”. In 2016 the Oxford Dictionary labeled it the word of the year and defined it as “relating to or denoting circumstances in which objective facts are less influential in shaping public opinion than appeals to emotion and personal belief.”

In a post-truth world, people are generally unwilling to engage others with differing points of view and they possess a willingness to suspend disbelief while embracing the notion that speech has no consequences and words do not matter. In a post-truth world everything is an interpretation of reality – nothing is objective. And as Rabbi Lord Jonathan Sacks z’l pointed out in his new book, Morality, when truth dies, trust dies. When you lose truth you lose morality and science loses its authority.

To understand the problem we have to define truth.  Truth is the property of being in accord with fact or reality. There are different types of truths including empirical truth, analytic truth, quantitative truth, values truth and faith-based truth. Each has a system it follows to arrive at the truth, usually based on facts, reasoning, or collective experiences.  For example, “the Earth is round” is a fact, based on empirical truth for it can be observed and tested. The belief in a Monothestict, ethical God is a faith based truth, while a values based truth is “We hold these truths to be self-evident, that all men are created equal, that they are endowed by their Creator with certain unalienable Rights, that among these are Life, Liberty and the pursuit of Happiness.”

Faith and values based truths unfold from the world-view of a people based on shared experiences, stories, and beliefs.  For instance, the American understanding of liberty, which is similar to the Jewish understanding, has historically meant freedom with dignity and responsibility. When the constitution begins with “We the People,” there is an implicit understanding that we, together, build a society based on freedom and mutual respect.  While our country values individual rights, our country has also historically understood the necessity of each helping the other to realize the ideals of America.

In the Jewish tradition, the Torah tells our foundational story of being freed from slavery, but not freed from obligation. On the contrary, because we knew what it was like to be enslaved, our freedom carried a moral obligation. We were freed from bondage in order to be bound to a moral system laid out in Torah so we could live a life of dignity and help others to do the same, especially those who were more vulnerable.

Why does all of this matter? If we do not teach and ultimately understand the importance of facts, truths, and in particular, our value-laden truths, then we end up in a post-truth world – a world we are experiencing now. This is dangerous to the future of our democracy, the moral fabric of our lives and society, and is the antithesis of what Judaism espouses.

A post-truth world comes with real consequences. We are in the clutches of a pandemic the world has not experienced in a century.  While the science around COVID19 is still emerging, across the globe, the prevailing scientific data supports that the disease is airborne and spreads through the aerosols coming from our mouths and noses. There is also significant evidence that masks reduce the spread and risk of infection. Science has proven this. Yet there are those who defy science, manipulate data and in a post-truth world champion their contrary beliefs and opinions as truth, endangering fellow citizens. In 2018 a major study published in the journal Science revealed that false rumors on Twitter travel six times faster than the truth, and those tweets also reach more people. This was especially true for stories about politics. We are suffering from a virus of misinformation!

If the science is overwhelming, why do so many Americans refuse to wear masks, even after the elections? One reason is that many people misunderstand the limits to their personal rights and personal freedom.  They claim, and have been goaded into believing, that if the government imposes a mask mandate their rights are violated; their freedom impeded. Except this goes against the American ethos of “We the People.” Freedom, in this case, means that we have a responsibility to each other and if a mask can protect my neighbor from becoming sick, I have a moral obligation to wear it, regardless of my understanding of my rights. Further, it is a long held principle that “my rights end where your nose begins.” This notion is often credited to Supreme Court Justice Oliver Wendell Holmes Jr. This means  that your rights end at the boundary of the next person. Your right not to wear a mask ends at the moment your aerosols can enter my body, potentially taking my right to life and liberty away. You wear a mask to protect me. Our rights and freedom are only protected when we protect each other and understand that freedom comes with responsibility and obligations. If we unmask truth then truth will lead us to wearing masks, the masks that will protect each other.

As parents, educators, and Jews, we all need to take a role in ensuring that our children learn and understand the ideals and principles underpinning American democracy and how our democracy functions. It is also our responsibility to make sure that people in leadership uphold our ideals, and hold them accountable when they do not.

As Jews, we must teach our children and embrace the values and ethics of our tradition which honors and respects truth – all truth. While our tradition values debate and argument as well as challenging assumptions and questioning information – it all must be for the sake of “heaven,” meaning towards a virtuous cause – truth. And in this case, truth saves lives!

The first step to reclaiming truth as well as bringing civility back to the public square for the greater good begins by listening to each other, thinking critically, showing empathy to the other, and gaining an understanding of the principles that are both the bedrock of America and our Jewish tradition. The current state of our country reinforces the importance of a good education which includes teaching civics and teaching our Jewish, values-laden tradition.

Our free and open society will survive and flourish in a world where truth prevails.

Put on your masks!

About the Author
Steve is Head of School of Solomon Schechter Day School of Bergen County after serving for sixteen years as Head of School at Hillel Day School of Metropolitan Detroit. He also served as Educational Director of Beth Sholom Congregation in Elkins Park, PA. for thirteen years. Steve has taught and mentored new educational leaders, has led sessions on leadership and change at Jewish Educational Conferences, and at Independent School Conferences.
Related Topics
Related Posts
Comments