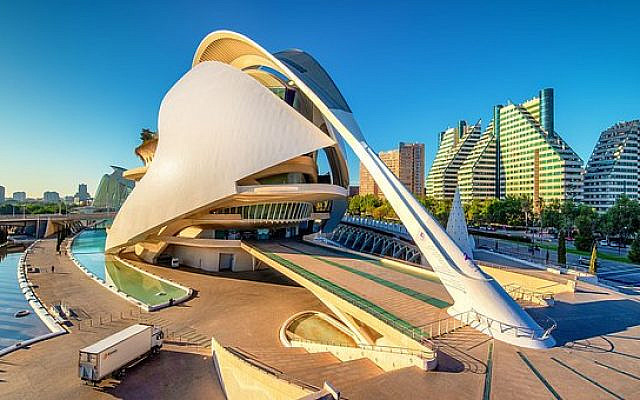 It is no secret that Prime Minister Benjamin Netanyahu needs something dramatic to pull himself out of the quicksand into which he has plummeted with the worsening health situation in Israel. Movie theaters are closed, but everyone in the country is gripped by the horror film of Corona 2. To revitalize the spirit of the Nation, and to save himself, Bibi needs to be a magician and pull a big bunny rabbit out of his hat. That rabbit could be Diaspora Jewry. In my humble opinion, the time has come for him to announce the beginning of a National Emergency Aliyah Project to Save Diaspora Jewry. Firstly, it would help get our minds off of Corona. Secondly, it would lift him out of the mud and insure his place in history as a bold and visionary Zionist leader. Thirdly, a serious national project harnessing all of Israel’s manpower and resources, would be a dynamic catalyst to revitalize Israel’s crashing economy, and provide tens of thousands of jobs, from city planners, architects, construction workers, ulpan teachers, social workers, grocers, medical professionals…. Fourthly, it would save myriads of Jews who otherwise will be lost in the denouement of the Diaspora, whether via the Coronavirus, growing anti-Semitism and violence, or through ever-increasing assimilation.

What would such a plan entail? Without presenting a 20-page proposal, here are some suggestions to get our clever Jewish minds thinking creatively – outside the existing Aliyah frameworks, which were not carved in stone at Sinai, but which have lasted almost as long, without notable successes over the last 10 years.

Obviously, a lot of money will be needed for such a gigantic national undertaking. With Israel already hard-pressed to help its own army of unemployed workers, where will the funds be found to successfully absorb a massive surge of new immigrants into the country? First, I suggest that the Jewish Agency, the World Zionist Organization, and other similar government and quasi-government agencies, be totally reorganized and shrunken in order to lessen their astronomical budgets. Let the tens of millions of dollars be used to help needy olim from less affluent countries than America – (and there are plenty of potential middle-class olim from America who aren’t wealthy Jews). This sweeping overhaul of our existing dinosaur agencies could funnel 100-million-dollars plus to the Emergency Aliyah Project, allowing for the creation of Nefesh B’Nefesh branches to accompany new olim from every country around the Jewish globe.

Additionally, if the Ministry of Diaspora Affairs wants to increase Israel’s connection with Diaspora Jewry, let the Jews of the Diaspora pick up the tab, or simply do away with the Diaspora Affairs Ministry altogether. No amount of Jewish education can counter the spiraling rate of assimilation and the anti-Israel propaganda on college campuses throughout North America. “Haval al hakesev.” It’s a waste of money. The only thing that can stop the 60-70% rate of intermarriage is Aliyah. Intermarriage exists in Israel too, but it is miniscule compared to the growing disaster in the Diaspora. And if Bibi doesn’t have the courage to close the Ministry of Diaspora Affairs, let him at least change its name to the Ministry of the Galut. Instead of calling the Exile by a fancy-sounding Latin name, term it what it is – a curse.

Next, Bibi will have to make one of his famous dramatic appeals to the Jewish multi-millionaires and billionaires of the world. Let them be the grand patrons picking up the tab to bring Jews back to the Jewish Homeland from Russia, Mexico, Argentina, South Africa, Australia, America, and the rest.

To face the truth, most Jews of Galut won’t make Aliyah because of Corona and the riots in the streets of their Gentile cities and towns. They are so ensconced in their comfortable abodes, so in love with their foreign identities, and so deluded with their illusions that “it will never happen here in America,” most Jews in the Galut won’t think to come to the Promised Land until the wild rabble pounds on their doors with sledgehammers, and then it will be too late. Therefore, the Prime Minister of Israel, whomever he or she may be, has to call out to all of the Rabbis in the Diaspora, to all of the leaders of Major Jewish Organizations, to all the editors of Jewish newspapers, and to all Jewish parents: “Jewish leaders of the world, Jewish educators, Jewish parents, urge you congregants, your members, your readers, and your children to make Aliyah now! Let the Jewish People Go!”

Let construction begin right now on a network of Olim Cities, located around the country, on the burnt-down moshav of Shlomo Carlebach near Modiin, by the new Ramot Airport in the Negev, and on the barren hills between Ofra and Shilo. Each city will have a new hospital for all of the Jewish doctors who will be arriving; a high-tech, start-up, industrial park for the wizards of Silicone Valley; expansive movie studios for the Jews of Hollywood; sports stadiums, tennis courts, artificial lakes, retirement communities, old-age homes, Starbucks, Bloomingdales, and educational institutions of all persuasions. For the Jews of Williamsburg, Crown Heights, Boro Park, Lakewood, and Monsey, new Haredi cities like Betar Illit will be built. We’ll erect a replica of the Brooklyn Bridge for them if we have to!

Some people say that olim are better absorbed by placing them in existing cities, mixed in with the Israelis, but this more often causes a feeling of isolation, and many olim decide to return to their places of origin. Ultra-modern Olim Cities, like the “Ma’abarot” tent camps of old, will create a feeling of community and support, everyone together, all for one and one for all. A National Aliyah Project will give new immigrants a sense of faith and confidence, from the feeling that Israel really cares. The Olim Cities will be like large “Mercazei Klita” absorption centers, facilitating the transition to permanent residences throughout the country. Families who want to stay can stay.  At first, single olim can live in tents, small families in caravans, and larger families in caravillas. Young people will be encouraged to join the army or enlist in projects of national service, like helping to build the infrastructure and roads of the Olim Cities themselves, alongside Israelis, without non-Jewish workers, and with simultaneous work-training courses offered in a wide range of fields. Special employment agencies will help adults find jobs. Government grants, donated by wealthy Jews the worldover, will be available for immigrants who need financial help.

The possibilities are endless. So are the details of such an endeavor. Here, we simply present some basic ideas. To get this jumbo jet of Aliyah off the ground, we need a Prime Minister with courage. A national leader who isn’t afraid to dream. A bulldozer personality to lift the Zionist wagon out of the mud, and to carry the Nation forward with a cry of “Kedima! After me! If you will it, it can be.”