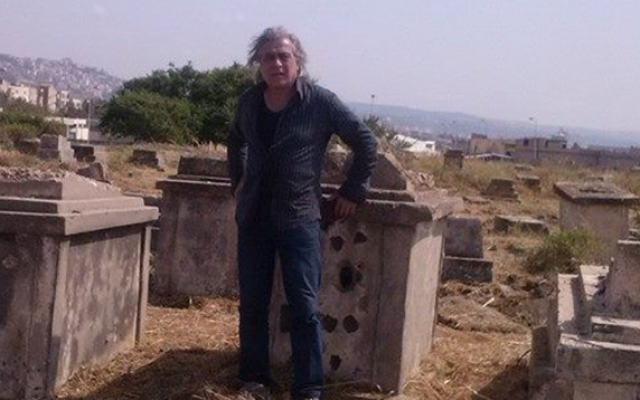 Caretaker of the Sidon Jewish cemetery Nagi Zeidan stands in front of a tombstone riddled with bullet holes (Photo: courtesy)

Any Jew who wishes to visit the Jewish cemetery  in the Libyan capital Tripoli would be shocked to discover that three tower blocks, including a hotel,  now stand on the site.

Cemeteries across the Arab world have been built over, or  lie neglected or desecrated, as the memory of 2,000 years of  Jewish life in Arab countries fades away.

Except in Morocco, Jews are unable to access the graves of their ancestors and relatives. That’s why, for the third year running, a mass kaddish  is being planned all over the free world to enable Jews to say prayers for their loved ones buried in inaccessible cemeteries.

When the project started,  19 synagogues took part. This year over 2,000 communities, organisations and individuals have lent their support to the initiative, including the Board of Deputies. A special prayer has been composed for the occasion by senior rabbi of the UK Sephardi community, Rabbi Joseph Dweck. 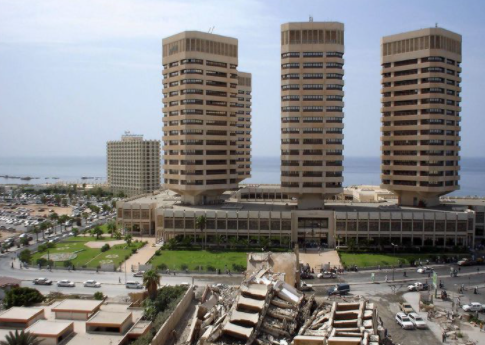 Three tower blocks stand on the site of the Tripoli Jewish cemetery, Libya (From Facebook)

The mass kaddish is being planned for 28 November, being the Shabbat nearest to 30 November, the official day designated by the Israeli Knesset  to commemorate the  exodus of 850,000 Jewish refugees from Arab countries in the second half of the 20th century.

The kaddish grew out of one man’s initiative  to clean his grandfather’s grave in the new Jewish cemetery in Baghdad. Inspired by Miss Iraq posing for a selfie with Miss  Israel in 2017, a Canadian of Iraqi origin, Sass Peress, engaged two Iraqi Muslims to help him. He directed  operations remotely from his home in Montreal. The cemetery was in a state of disrepair. Saddam Hussein  had planted grenades on some of the gravestones. 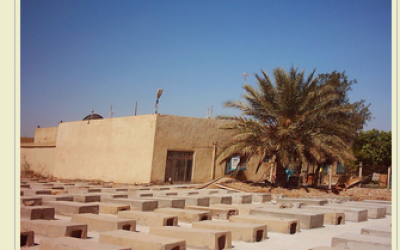 Before long the clean-up operation had been extended to 150 graves. Peress hopes that eventually all 3,000 graves will be photographed and  digitally catalogued.

The clean-up had to be conducted  in the utmost secrecy in case of official interference.”While some Iraqi Muslims stepped up and saw the positive, some tried to get in the way to the point of threats against the lives of those who sought to help me”, says Peress.

The old Baghdad Jewish cemetery, including the mass grave of the victims of the 1941 Farhud massacre, was demolished in 1958 to make way for a highway. The community managed to exhume and re-inter some dignitaries and famous rabbis.

In Tunis, there was no time to exhume all the dead before  bulldozers moved in and turned the old Jewish cemetery into a park.

Egyptian Jews in exile have been paying to restore two cemeteries in Alexandria. The Egyptian government is funding the clean-up and restoration of the vast 9th century Bassatine cemetery in the centre of Cairo.  Its marble slabs have been pilfered and squatters have moved in.

In Algeria the French government pledged  to allocate 1.4 million euros in 2003 to restore vandalised Jewish cemeteries. Since 2016, however, it has sought to amalgamate cemeteries and encourage families to have their relatives’ remains shipped over the France  – at their expense.

As in the West the desecration of Jewish tombstones is a common manifestation of Jew-hatred. Some 50 armed men sought revenge on dead Jews by breaking up tombstones and firing shots at graves in the Jewish cemetery of Sidon in Lebanon after Israeli troops left the country in 1985. 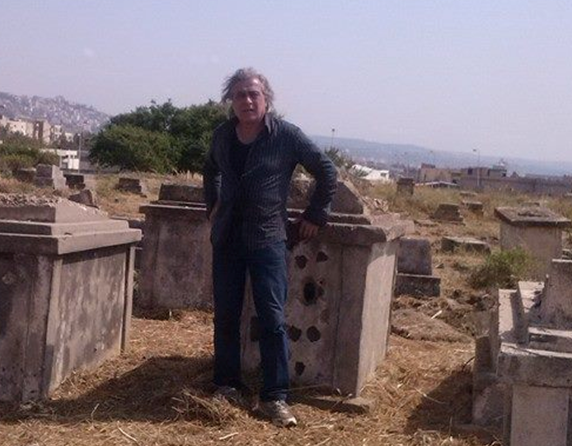 Caretaker of the Sidon Jewish cemetery Nagi Zeidan stands in front of a tombstone riddled with bullet holes (Photo: courtesy)

Another threat is from urban renewal: the Aden Jewish cemetery has been razed to the ground to make way for redevelopment.

With the global pandemic, most synagogues will not be open for the reciting of kaddish, but it is hoped that online synagogue services,  which hundreds continue to attend from the comfort of their own homes,  will incorporate the memorial prayers. A fitting and respectful  way to remember.

To join the prayer sign up at Annual Mass Kaddish.