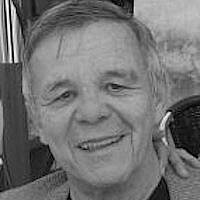 The Blogs
Hanan Sher
Apply for a Blog
Please note that the posts on The Blogs are contributed by third parties. The opinions, facts and any media content in them are presented solely by the authors, and neither The Times of Israel nor its partners assume any responsibility for them. Please contact us in case of abuse. In case of abuse,
Report this post.

I hadn’t been in touch with Matt Nesvisky for several years, perhaps as much as a decade, but still was deeply saddened to read of his untimely death in Pennsylvania on August 22, at the age of 75. The two of us were colleagues and, perhaps, comrades in arms during the time we worked together in the Jerusalem Post’s Magazine and Features section in the late 1970s and early 80s.

Many people in the newspaper business fall into one of two separate categories — either an outstanding writer or great editor, but not both. Nesvisky (one Russian immigrant who wrote for us in those days referred to him as “Niesviski”) was an exception — the rare combination of an excellent and perceptive editor and a highly skilled writer.

And good to work with. About a month after the start of the First Lebanon War in 1981, he and I, accompanied by a photographer, drove up to Lebanon for an article about the Jews who’d lived in South Lebanon during the time the area was ruled by the PLO and known in Israel as Fatahland. The trip was fascinating (we met a Mme. Levi, who took us through the remnants of the Jewish Quarter in the Old City of Sidon and stopped to make sure her hair was just right every time we tried to take a photo, and looked for indentations for a mezuzah in the town of Deir al-Kamar in the Shouf Mountains, where we met the town’s only Jewish woman) and an opportunity to spend quality time together as friends as well as colleagues. My only regret is that I can’t find a copy of his bylined article, which I recall as a classic look at a slice of the times.

In his writing Matt sometimes employed a variety of noms de plume, though I’m not sure whether they were designed to conceal his true identity or distinguish, in the true tradition of the journalism that still existed in those days, between his straight-up reporting under his real name and his opinionated reviews on a variety of subjects including pop music and books. One of those “noms” was S.T. Meravi, which despite its Subcontinental feel was not the assumption of an Indian disguise but a condensation of the names of his and Linda’s two daughters, Esti and Meravi. I must confess that I don’t know the origins of another literary alias, Lev Bearfield, though perhaps it referred to Matt’s husky physique.

Some examples of Meravi’s stilettos (from memory, since I can’t find archival copies of them from 30 years or so back): As editor of the Jerusalem Post Weekend Magazine at the time, I enlisted the help of a senior Post writer to arrange a hard-to-get interview with Harold Pinter when the prize-winning British author-playwright-poet visited Israel with the then-love-of-his-life Lady Antonia Fraser in 1978. The Nesvisky/Meravi interview write-up harnessed long Pinteresque hesitations to poke gentle fun at Pinter’s literary style. Pinter never responded in public, but he did send a note to my friend the intermediary, saying “I thought you said Nesvisky was an honorable man.”

And then there was the time Meravi interviewed a young Brit who’d once worked for the Post’s Junior Edition, and had gone on to a moderately successful career back home in England as a cantor and Jewish pop singer. Back in Israel for a visit, the singer suggested that we interview him for the Magazine. The UK resident showed up at the Post offices on Yirmiyahu Street wearing a t-shirt with the legend saying something like “Don’t ask me, I just live here.” We published a picture of the shirt and inscription, Nesvisky/Meravi deflated the singer by noting that he didn’t, and pointed out that a quote in the singer’s PR material was not part of a Post review of his work but rather came from an article the singer-writer himself had published. The subject was furious at being exposed but Matt, as usual, was spot-on.

More than anything, Matt was fun to be around, with a sense of humor that extended far beyond his writing. Times of Israel editor in chief David Horovitz, who worked with Nesvisky on the Post’s night desk in those bygone days, recalls Nesvisky as “the most wonderful writer. And a lovely man” and adds the following bit of typical Matt dialogue: “‘No news,’ Matt would say on the night desk. ‘Want me to run down Jaffa Road naked?'”

Nesvisky and I worked together for several years in the Post’s Magazine and Features department, where I would continually, perhaps annoyingly, remind the people working with me about an editor at the Nashville Tennessean, where I worked prior to moving to Israel in 1967, who would call a headline that missed the point of an article as a “Two Shot in Dallas.” That was in the 1960s, and the reference was, of course, to the 1961 Kennedy assassination in which JFK and Texas governor John Connally were shot. The analogy must have stuck because, years later, after leaving Israel, Matt wrote me that he was still using it as an example in classes he taught at a university in Pennsylvania. I’m sure that Matt’s classes there were compelling, considering his unique mix of a wicked sense of humor and high level of professionalism.

After leaving Israel in the early 1990s, Matt kept up his connection with articles and book reviews for The Jerusalem Report, together with pieces for an alphabet soup of other publications, some prestigious and some Jewish under his old pen-names and one more — Madeline L. Kind, a reference to a female relative, perhaps even his mother’s maiden name. His clean, clever prose, lovely style and sometimes-biting sense of humor will be sorely missed by a generation of readers, by editors including those persnickety enough to consider every misplaced comma (of which there were very very few) a personal insult, and, of course his friends and colleagues.

About the Author
Hanan Sher is a retired journalist, a former senior editor and writer at the Jerusalem Report and, previously, the Jerusalem Post. Prior to moving to Israel in 1967, he worked at the St. Petersburg Times, the Nashville Tennessean and the Atlanta Journal-Constitution.
Related Topics
Related Posts
Comments