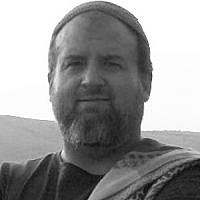 I have nothing against hard matzah. In fact, I Iike hard matzah. I davka like the square machine matzah. It goes great with tuna salad and I especially enjoy it with some good Ashkenazi style charoseth.

I say this in an (probably vain) attempt to stave off those who may feel compelled to start blowin’ up the comments section below. If you like hard matzah, more power to ya! If you’re not interested in the “newfangled” soft matzah that has been around since Moses wore short pants, rock on!

I’m writing this piece for those who either don’t like hard matzah, have digestive problems, or like myself, would simply like to enjoy both hard and soft matzah during Passover.

First, a warning. If you are going to eat soft matzah, get it fresh. My first experience with the soft stuff was…not pleasant. I ordered some packaged soft matzah, took it out of the freezer, warmed it up, and…and…it really made me wish I had some hard matzah. If hard matzah is cardboard, this stuff was a combination of playdoh and drywall.

Any city with a sizeable population of Mizrahi/Sefaradi Jews should have a soft matzah bakery. Jerusalem has several and I believe there is still one in Sefath, run by Yeshivat Orot Eliyahu and operating under the Ashkenazi hashgacha of Rav Ezra Sheinberg.
You can check out their operation here and here.

There is at least one exception to my rule on prepackaged stuff. Rav Meir Rabi produces soft matzoth under Ashkenazi hashgacha and while I have not tried them myself, I understand that they are excellent. You can check it out at realmatza.com.

I myself make my own matzah. Years ago, my teacher, Rav David Bar Hayyim, taught me the same process that he has used for over 30 years. Shmurah (guarded) flour can be found in Jerusalem at a mill in the Beit Yisrael area and I’m sure there are other mills around the country.

If you put in the time and effort to learn the relevant halakhoth, you’ll find it to be a fairly straightforward and quick process. It takes my family just under 18 minutes to turn 1 kilo of flour into 12-15 matzoth. Once you have the knowhow, it’s fun, it’s easy and it’s a source of family pride.

If you are Ashkenazi, you may have noticed that I mentioned two Ashkenazi producers and kashruth certifiers of soft matzah. That’s because there is no real issue with Ashkenazim eating soft matzah. Just because you eat the hard stuff, doesn’t mean there is a prohibition on the soft stuff.

The benefits of soft matzah are threefold:

1. It’s the real McCoy.
If being “old school” is something you are into, there is no question that the primary sources of halakha, as well as the Geonim and Rishonim are describing a soft type of matza. The Amoraim speak of mouldy matzah and not being able to distinguish between matzah and hametz loaves. Rambam speaks of placing the divided matzah inside the whole matzah. Hillel would wrap (korekh) meat from the Passover offering with matzah and maror together. You can’t wrap a cracker and Hillel didn’t make a sandwich like the Earl. Folks, Hillel had a shwarma on laffa. 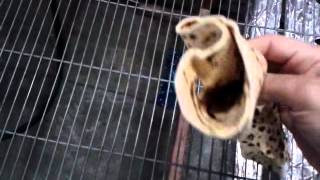 2. It’s easier on the digestive system.
Some of us don’t look forward to assigning new meaning to the phrase “Let my people go”.

3. It tastes good.
Again, I’ll never give up my tuna salad on machine matzah, but if you’ve never had a hot, fresh matzah wrapped around some good Jewish brisket, you just haven’t lived.

Disadvantages? I can only think of one – chocolate covered matzah. I don’t even want to think about how that would turn out with the soft stuff.

Bottom line, do whatever brings the most joy and honor to your holiday, and remember, it never hurts to be a little “flexible”.

About the Author
I'm just a simple person that loves learning as much as I can about as many things as possible. I live in Maaleh Adumim and work in Jerusalem.
Related Topics
Related Posts
Comments