The tragic news of the death in combat of two Chayalim Bodedim (“lone soldiers”) Max and Sean this week during operation “Defensive Edge” and outpouring of the contraticitorary emotions of grief and admiration has highlighted this small but important group of soldiers with in the IDF.

Max z”l was born and raised in a Zionist home in LA, went on a Birthright trip and decided it is not enough to, “talk the talk.” He made Aliya and served as a “lone solider” in the elite Golani infantry brigade as a sniper. Sean z”l, who served as a “lone soldier” alongside Max in Golani, was a returning citizen who came from a small town in Texas. Everything may be bigger in Texas, but the beaches and parties could not distract a native-son from returning home to defend and protect his people.  The Michael Levin Lone Soldier Center, an organization that assists lone soldiers throughout their IDF Service wrote in a post:

“They made the ultimate sacrifice in an attempt to rid the world of one of the most evil, unimaginable and horrible organizations to ever exist.” 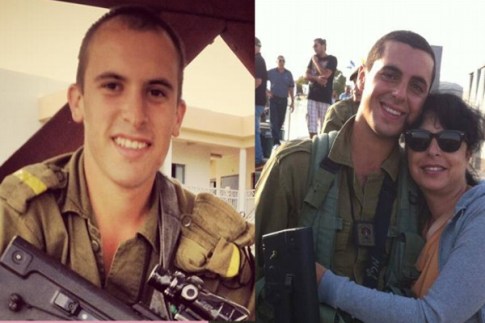 Having served as a Chayal Boded in a combat unit myself I understand where these brave youngsters are coming from and what motivates them to serve. The amount of times I heard from my fellow IDF comrades, “Why are you here? Why don’t you enjoy the good life abroad?” was more than balanced by the respect and admiration from those same mates.

Growing up in both South Africa and the United Kingdom, and not having Israeli parents or an Israeli passport, I was not obligated to serve in the IDF.   My views on service to our country changed after meeting and talking with my Israeli peers during my gap year in Israel.  On the one hand, they were so like me in their taste and appreciation of popular youth culture, but so very different in other aspects. Whilst my friends and I obsessed about going to university after high school, these young Jews were focused on how best they could serve their country. In the immortal words of Naomi Shemer,

“They came to give and not to take.”

I come from a family where my Mother’s side were almost totally annihilated in the Holocaust precisely because they were Jews, and there was nowhere to run and nowhere to hide. They were murdered, together with the other six million Jews, because we were not in charge of our own destiny and had to rely on the pity of our host nations. I remember thinking university will always be there, but now at this stage in my life, and this juncture in our peoples history, it is more imperative for me to have the honour of defending our people. It is with those thoughts that I found myself a few months later in front of the Kotel as I received my rifle and Bible swearing the oath to,

“Devote all of my strength, and even to sacrifice my life, in the defense of the homeland and the freedom of Israel.”

This is what motivates the 6500 Chayalim Bodedim who are currently serving with distinction the IDF. During these trying times it is important to show our support with actions and deeds for these brave defenders of our State and our Jewish freedom. Israel is Israel because of the young men and women, like Max, Sean and Michael Levin z”l, who serve and are prepared to lay down their lives for the sake of the Jewish people, the Jewish homeland and the Jewish hope,

What we can do to show our support:

Serving as a Chayal Boded in a combat unit there is a tremendous amount of stress, psychological, physical and emotional that being in a high-pressure unit so far away from family and friends can cause.  To honour Michael Levin, an Israeli paratrooper originally from Pennsylvania who was killed in the Second Lebanon War in 2006, and all the “Lone Soldiers,” his family and many friends, together with other former “lone soldiers” have opened four Lone Soldier Centers (http://lonesoldiercenter.com). The centers operate from branches in Jerusalem, Tel Aviv and Haifa. They provide many useful services to lone soldiers such as, helping to finding housing, acquiring furniture, organising Shabbat and holiday meals, counseling and most importantly a place to feel at home. The website offers opportunities to volunteer and donate to the well being of our lone soldiers.  This is a cause we should all embrace.