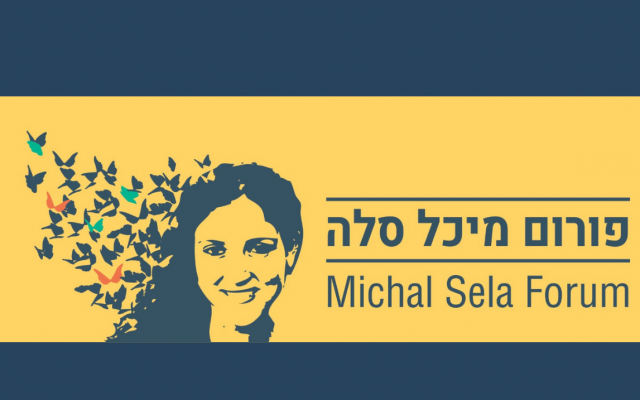 The Michal Sela Forum, also referred to has MSF-Global, since its establishment in 2020, is engaging in cross-cultural work, with efforts in several languages and partnerships around the world.

It was only two years ago when Lili Ben Ami laid down the gauntlet, challenging all of us to look entirely differently at the stubborn, age-old problem of violence against women. Since then, she has been helping us both to process our own bewilderment and to think more critically about how to protect those we love.

Through an impossible loss, Lili is taking us along on a journey that started when she first heard the devastating news – how her sister Michal Sela, in a marriage with no previous signs of physical violence, had been murdered by her husband in front of her eight-month old daughter. 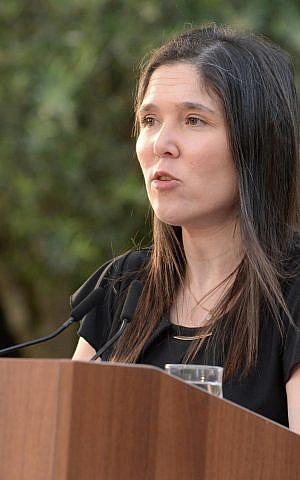 Lili Ben Ami, in May 2020, at the opening of the first Michal Sela Safe@Home Hackathon. After decades in the field of social activism and gender equality, Lili became an overnight champion around Israel in the fight against domestic violence. Credit: Michal Sela Forum.

As Lili dealt with her own paralyzing grief, she also threw herself into the mystery of how this catastrophe could have happened to her family. She traced every clue about her sister’s story and that of so many other women. Then, after extensive research, Lili published an op-ed suggesting innovative technological solutions that could have saved Michal’s life. The overwhelming response to the article led her to establish the Michal Sela Forum, which launched its first Safe@Home Hackathon in Spring 2020 and hasn’t stopped thinking ‘out of the box’ ever since.

Lili has been racing full steam ahead – teaching us as she goes. She is showing what it looks like to have hope and heartbreak exist side by side. Lili and the team at the Michal Sela Forum are helping to chip away at our incomprehension, breaking it down in order to show patterns in the violence. Once there are recognizable patterns, protection and prevention are possible. 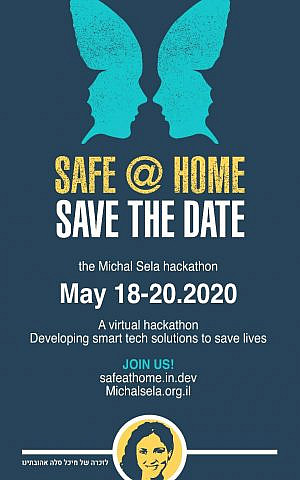 The 1st Hackathon, designed to develop startups to save lives and prevent domestic violence against women, included over 1,800 participants and 136 registered ideas. The winning idea was Stay Tuned, an app which looks like a typical news site but acts as an emergency alert and recording system.

And in a remarkably short time, through partnerships with leaders in industry, government and civil society, the Michal Sela Forum is helping to change the way that we discuss, legislate, and use technology to address this issue. The Forum is living up to the slogan it first adopted in a wide-scale public awareness campaign – ‘May her memory be a revolution.’

When Lili tells the story of her sister, she always makes sure to send out a cautionary sign. As she explains, one of the hardest things to understand is that Michal didn’t realize her life was in danger. Lili and her family also didn’t see the danger coming.

To keep us learning from the family’s experience and to help us all become much more vigilant, the Michal Sela Forum launched a campaign highlighting “Five Relationship Warning Signs.” It is not the bruises or the black eye that are the only signs of danger.  A red flag should also be, for example, when a husband erases his wife’s male friends on social media. The danger, and the potential for eventual lethal violence, starts when there are patterns of controlling behavior, obsessive jealousy, stalking, gaslighting, and more.

A situation can become explosive when a woman tries to leave a relationship that is shaped by a partner’s jealous and obsessive behavior. This is exactly what happened with Michal. When putting together the pieces of the story after her murder, the investigators learned that Michal had told her husband repeatedly that she wanted a divorce and he had refused.

And now, after all this time, Lili readily explains that if Michal had confided about his obsessive jealousy and other warning signs, she would have given the wrong advice by telling her to divorce him immediately. It was only after the tragedy did Lili realize how dangerous this can be, that calamity often strikes when women believe that they can handle ending certain types of toxic relationships on their own. Lili likens it to neutralizing a bomb – you need to involve experts in order to ensure that you are safely out of harm’s way.

At the UN this Fall, Lili shared her family’s experience, the work of the Forum and a campaign that it recently launched with partners to continue to raise the public awareness about violence in the home. The “Listen To My Voice” campaign shares the stories of five women who were killed by their husbands, including Michal. It is as if the women themselves are telling their stories – a direct plea to encourage others who may be in the same situation to seek help.

With the stated goal of ‘zero murders a year’, the Michal Sela Forum is working to keep us thinking anew, sometimes even shocking us into a state of alertness. It is urgent and life-saving. Efforts also include pragmatic ways to protect women under immediate threat of intimate partner violence. Projects include everything from trained protection dogs to a free life-saving defense package which includes a home security system, a 24/7 patrol, panic button, self-defense lessons, and legal help in deterring the threatening party. 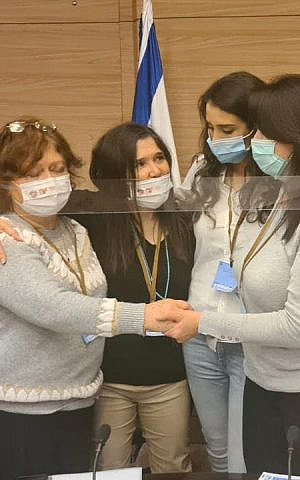 Lili Ben Ami with her mother and the family of Shira Isakov at the Knesset in December 2021. The Michal Sela Forum formulated and helped push forward groundbreaking legislation- the loss of guardianship rights to a parent convicted of murder or attempted murder of his spouse. Credit: Michal Sela Forum.

As Lili reminds everyone in her many public speaking engagements, the language and patterns of this ‘terror in the home’, as she most accurately calls it, is universal. And in the short time since it was established, the Michal Sela Forum has already forged partnerships around the world – both to raise awareness and to bring concrete tools and practices that can save lives. Or as Lili would put it, ‘save the next Michal from happening.’

Next month is the third Safe@Home Hackathon, which takes place each year on Michal’s birthday. The Michal Sela Forum’s efforts to disrupt the status quo continues – with a determined push to harness high-tech innovation that has advanced so many other fields like cybersecurity, health care, and the military, and direct it towards the prevention of gender-based violence.

Hundreds of programmers and entrepreneurial teams will come together in a competition to develop technological tools, and the winning teams will then participate in an accelerator.  And the ‘Nothing About Us Without Us’ project makes sure to keep domestic violence survivors at the forefront, inviting them to take part in professional idea workshops to generate technological solutions as well.

The top seven development teams of the 2nd Hackathon in May 2021 included ‘Safebutton’ – a concealed panic button that can be incorporated into everyday items such as jewelry that do not require cellular reception. Credit: Michal Sela Forum.

The ideas keep coming from the Michal Sela Forum. Of course, when it comes to risk and innovation and change, we don’t know how the story is going to end. Lili has an idea though. She has a dream that one day, years from now, she will sit on the beach with her niece, Michal’s daughter. Lili will tell her how a long time ago, there was the reality of violence against women from intimate partners. She will explain how her mother lost her life on the front lines of this war, but that her light lit the way for others to go on with the fight. Eventually ‘terror in the home’ ended, becoming a phenomenon of long ago, something only for the history books.