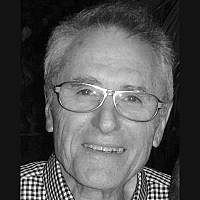 The Blogs
Sidney V. Kaplan
Apply for a Blog
Please note that the posts on The Blogs are contributed by third parties. The opinions, facts and any media content in them are presented solely by the authors, and neither The Times of Israel nor its partners assume any responsibility for them. Please contact us in case of abuse. In case of abuse,
Report this post. 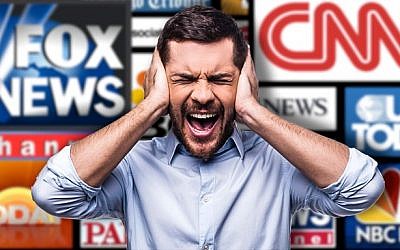 “It’s the economy, stupid.” Well, this may have been the line that helped Bill Clinton to the White House in the 1992 Presidential election and may be an explanation for 90% of the worlds unresolved problems, however, exclude the Israel-Palestine conflict in this calculus, despite what the media might want the world to believe.

“Yes, all want a roof over their heads, food to eat and affordable medical services and quality education for their children.”

Well “all” does not include Palestinian leadership!

Toping its list of priorities is the destruction of the Jewish state of Israel. A Jewish political entity in the Middle East is to them anathema – a “colonial outpost” of “European guilt” foisted on them that needs expunging from the landscape. Housing, food, medical services, and education are all way down on the list of priorities to the primary aim: “termination of the Zionist enterprise”.

Facilitating this misguided mindset is the media.

I have always been optimistic in all aspects about the future of Israel.

Coming on Aliyah from South Africa during the seventies, I never thought in my lifetime I would ever witness the end of Apartheid.

I was overjoyed to be proved wrong.

My optimism was based on the feeling that if South Africa could experience the end of Apartheid, and that Catholics and Protestants were able to resolve their conflict in Northern Ireland by dialogue rather than clash of arms, why not Jews and Palestinians?

Today, the facts speak for themselves and at the core of this failure is a biased media bent on undermining Israel’s very existence.

The media did not do its job when the Nazis destroyed six million Jews, and it’s not doing its job today as it falsely reports against Israel siding with those who seek its destruction.

Just take the recent spat between Israel and Gaza, where the latter discharged over 180 rockets at Israel, causing serious injury and destruction, but which was mostly ignored by the world media and what little reportage there was, focused mainly on the impact on Palestinian life to Israel’s defensive retaliatory measures.

The media could not have been more complicit that in reporting Israel’s aerial attack on the Hamas HQ by describing it as a “Cultural Center”!

What does it say about Gazan “culture” if all that emanated from this Cultural Center was death and destruction?

Is it naïve to believe that there can be accurate media coverage, free of bias against Israel?
Every now and then, there occurs global events of such magnitude that one would hope could dislodge mindsets from a prejudiced disposition.

The most classic example is that of New York’s Twin Tower bombing of 9/11. I recall my politically astute late father remarking:

“This will be a wakeup call – tomorrow the world will be different.”

Well, two days after the “wake up call”, the world heard from the Palestinians, when the Hamas weekly, Al-Risala in Gaza, on September 13, published, “Allah has answered our prayers.”

Is this what the Palestinians of Gaza pray for? Yes, according to their leaders.

It’s no secret Israel is losing the media war. State admission of this failure was evident in the recent creation of the new Israeli Ministry of Strategic Affairs, led by minister Gilad Erdan, aimed at defeating efforts to demonize and delegitimize Israel.

Although late in coming and there are legitimate questions about its potential effectiveness, it is a start – a sign of serious state intent. But how will it overcome the deliberate distortions in the global media that daily undermines Israel’s legitimacy, far more damaging than the rockets and incendiary kites from Gaza?

If we are a country where performing the impossible is par for the course, can’t we win this war too. If our hi-tech brilliance is known around the world and imbedded in the daily lives of billions, why can’t we undermine those that threatened our existence with lies and distortions. Why can’t we ‘engineer’ that truth prevails? 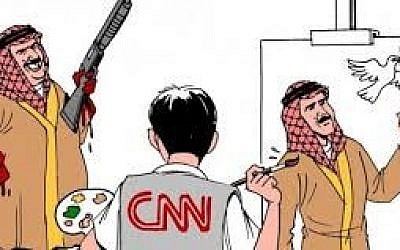 It never ceases to amaze, why has it become the norm for the media to slam Israel while ignoring the wholesale slaughter which continues unabated around the world but particularly in the Middle East – most notably in Syria and Yemen.

The Israel-Palestine conflict attracts far more attention than most other conflicts in the world.

Take the media obsession in its coverage of the Palestinian poster icon, Ahed Tamimi (nicknamed “Shirley Temper”) who was recently freed after serving a sentence in Israeli prison for physically assaulting two Israeli soldiers, while intentionally having it filmed to falsely defame Israel in the world media.
While the world media went to town besmirching Israel, look what it ignored:

– Tamimi’s own words that “I took the law course [offered by the prison]. I was reading books. We were singing, we were even making group breakfast, every room brings their own stuff and we have breakfast together outside. Also having lunch together most of the time.” When Tamimi wasn’t “singing and dancing,” she was watching TV.

– Syrian activist and photographer Yasser Wardh, who contrasted Tamimi’s release with the thousands of Palestinian refugees killed under the Assad regime.

– Imam Kais, who wrote “She [Tamimi] says she learned to love life, whereas those imprisoned in our Arab countries can reach a stage where they wish their mother didn’t give birth to them.”

– Jordanian journalist Yousef Alawnah, who served a 30-month sentence in Israel for smuggling explosives, told Saudi 24 that being jailed in an Israeli prison was like “an institute of education.”

Unlike its neighbors, Israel is on the horns of a dilemma. Being a democracy and an open society, journalists are free to report and misreport. The downside is the global uninformed absorb what they are fed and fuels hatred of Israel.

And as to why the media obsession” The simple answer in one word – Jews. It’s the old adage – “Jews is news”.

Why does the comfortable incarceration of a Palestinian poster girl like Tamini attract far more media attention that the wholesale butchery of Arabs by fellow Arabs whether in Syria or Yemen? Answer – no Jews involved.

The media determines the daily diet of the consumer!

From the 8-year Iran-Iraq war that caused more death and destruction than all the Arab-Israel wars combined, to the Syrian civil war of today resulting in over half a million deaths, the Israel -Palestine conflict draws the media like bees to nectar.

Regarding Israeli outreach, there has been a lasting national failure in reaching audiences who speak Arabic. It is not about spreading an “Israel narrative” as against a “Palestinian narrative”; its about fair and balanced reporting to the Arab-speaking world and Israel needs to rectify this failure.
We are judged according to broadcasted images and TV clips, regardless of facts and circumstances. Israeli Arabs are exposed to anti-Israeli propaganda deriving from Arab TV networks such as Qatar’s Al Jazeera, Hezbollah’s Al-Manar and the official Hamas-run television channel Al-Aqsa.
Israel needs to be a major media player in all languages – particularly in Arabic.

About the Author
Sidney Kaplan is originally from South Africa and a founding member of Manof in the Galilee, since 1978. Today, he is retired, having been involved in marketing in Cape Town prior before coming to Israel, and in Israel, one of three partners involved in agriculture.
Related Topics
Related Posts
Comments