In just four weeks Jews will begin another new year: 5781. So this is a good time to start contemplating: life, aging, death and how to improve our lives in the coming new year.

God gives opportunities but not forever.
God takes opportunities away after a while.
So don’t hesitate or delay or curse the darkness
while remaining mired in hopelessness,
because God gives; and God takes away.
Blessed be the name of the LORD.

But why bless the LORD when God takes away?

Because if the opportunities were always there, we would wait until the time was right and never make the leap, and another year would waste away. So God gives and God takes away opportunities for an improved Shanah Tovah.

I am not afraid of dying but I am afraid of declining. Forgetting a name or a word, Waking up stiff with aches and pains, Having to walk because I cannot run. Not being able to do what I always could do, Feeling betrayed by my body’s decline.

Then one Shabbat morning As the Torah was being read I heard these words from Deuteronomy 29; “For 40 years in the wilderness your clothes did not wear out, nor did your shoes wear out and fall off your feet” (29:5)

How could that be? Everything decays and wears out.
Everyone declines, deteriorates and becomes decrepit.

Then suddenly I understood the Torah’s teaching. Old age isn’t a one way street.

You can change from hiking briskly in the mountains to walking slowly in the valley, looking at birds, flowers and trees you can still appreciate seeing and hearing even if not so sharply anymore. You can still do a lot if you do it unhurriedly.

If you understand the Torah’s teaching you can spend even 40 years in the wilderness of decline without wearing yourself out, and falling off your feet.

All creatures go to one place: of earth they were made, and into the earth they return Ecclesiastes 3:20 so this life is really important. Rabbi Yaakov taught “One hour of repentance and good deeds in this world is better than all the life of the World to Come.” Mishnah Avot 4:17.

So do not do what the Egyptians did. i.e. no mummy: so no embalming, and quickly into the earth to decay. No splendid tomb; just a simple wooden box or just a shroud. No grave goods but give to charity to honor the deceased name.

There are seven different Jewish views or options about an afterlife

1- Humans no different from animals. All have the same end place. Ecclesiastes 3:19-21

4- Postmortem reward and punishment for individuals. Between death and resurrection everyone, except saints, goes to Gehennom—purgatory for 1-12 months to atone for their sins.

Most people, including non Jewish good people, then go to Gan Eden, a good place since it is populated by good people. Evil people who are still unrepentant after 12 months of painful confrontation with their sins are extinguished (avadon).

The great majority of people are basically good (that is why the custom is to say Kaddish for only 11 months) and only really evil people do not enter the spiritual world to come. All these ideas are post Biblical rabbinic ideas.

5- Immortality: Based on the laws of Physics that matter and energy are never destroyed but only transformed. Thus just as the body disorganizes into its basic molecules and is recycled in the ground; so does the soul lose it’s personal memories, and yet its basic energy becomes part of the cosmic energy of the universe. This view was popular among Jews during the Greek/Roman Empire era and was revived by many Reform Progressive Jews in the 19th century.

6- Gilgul- Recycling: Reincarnation is a Kabbalistic concept that arose in the 12th century and became popular in Eastern Europe through Hassidism. Unlike Indian concepts, gilgul is limited to humans and does not occur to everyone. There are new souls born all the time. Most current living souls do not return. Some of those who return, do so as a punishment but for most souls it is another chance to improve themselves.

7- Some of these concepts are not mutually exclusive. Most Kabbalists and Hassidim believed in #3 and #4 and #6 Many Jews today believe in #5 and #6. For most of the 20th century most non-Orthodox Jews believed in #1 and #2.

However, if you do not believe in a reward and you deserve it you will still receive it; and it does not matter what Hitler or Stalin believed: there is a judge and there is judgement. Genesis 18:25.

About the Author
Rabbi Allen S. Maller has published over 850 articles on Jewish values in over a dozen Christian, Jewish, and Muslim magazines and web sites. Rabbi Maller is the author of "Tikunay Nefashot," a spiritually meaningful High Holy Day Machzor, two books of children's short stories, and a popular account of Jewish Mysticism entitled, "God, Sex and Kabbalah." His most recent books are "Judaism and Islam as Synergistic Monotheisms' and "Which Religion Is Right For You?: A 21st Century Kuzari" both available on Amazon.
Related Topics
Related Posts
Allen S. Maller
Comments 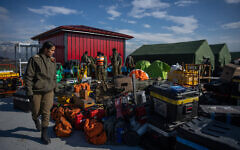 Daily Briefing Feb. 8: Report from Turkey; how the court is to the right of the PM
ToI Staff 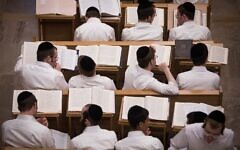