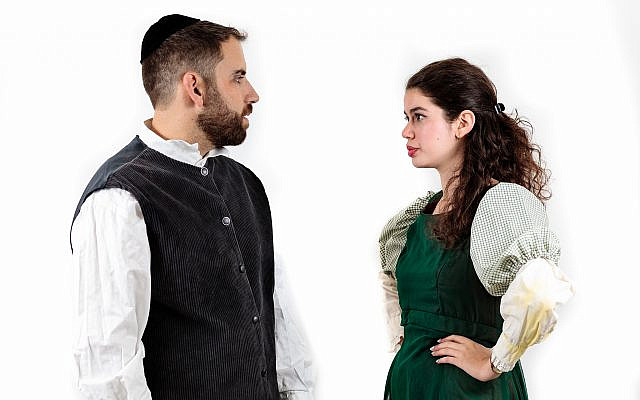 Hanan Leberman (Left) as Nathan Rothschild with Avital Stahl (Hannah Barent-Cohen): “If I can’t live like a Rothschild I’ll act like one.” (Photo: Brian Negin)

“Rothschild & Sons,” the latest family musical from Encore! Educational Theatre Company, will be performed from January 7-16 at the Hirsch Theatre in Jerusalem.

Directed by Robert Binder, with musical direction by Paul Salter, the show is designed by Roxane Goodkin-Levy and choreographed by Batya Feder. Tickets are already on sale here.

There’s a special atmosphere when the 30-strong cast with ages spanning several decades gather for rehearsals of the musical written by Jerry Bock and Sheldon Harnick, flush from their success with “Fiddler on the Roof.” 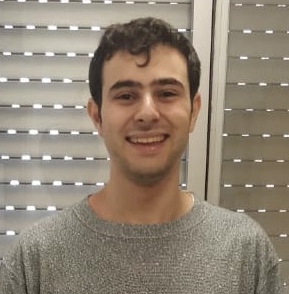 Alexander Kahan: “Before I knew it, it was too late to say no.”

“I enjoy singing and performing, so I figured I might as well audition, and before I knew it, it was too late to say no,” says Alexander Kahan, who plays Solomon Rothschild, one of the five sons of the show’s title.

“I love musicals, acting and being on stage and Encore is just an amazing place to do it,” says Aviya Straschnov, one of the ensemble players.

Some of the people now on stage started out in the audience at previous Encore shows.

“I saw an Encore show and loved it,” says Yishai Noble, another member of the ensemble. “I saw the kids there and wished I could do that too. And I am!”

There are some fun elements of the show that spill over to the real world, Yishai says.

“I get to hit Daniel – who plays Mayer Rothschild – who is my dad’s friend in real life,” he laughs. 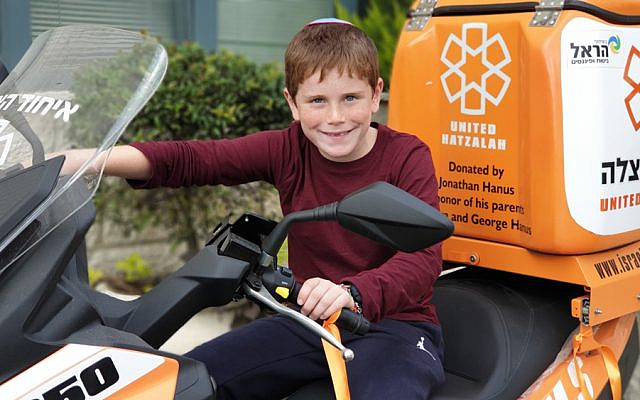 Yishai Noble: “I saw the kids there and wished I could do that too.”

It’s not just about the show. Working together on a production brings people together who haven’t previously met and creates firm friendships.

“I love acting and I like to meet new people and at Encore, it’s a perfect way to do that,” says Anaelle Rashba, who is also an ensemble player.

The theme of the play resonates with many of the cast, who say the show is not just entertaining but also portrays events of historical significance. 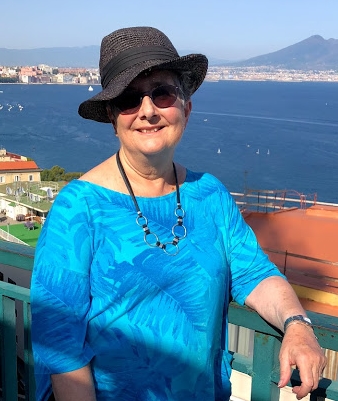 Sue Schneider: “The rise of the Rothschilds to wealth from the ghettos of Europe.”

“Rothschild & Sons” tells the little-known story of “the rise of the Rothschilds to wealth from the ghettos of Europe,” says Sue Schneider, who plays Mrs Segal, a customer of the family’s small shop in the Frankfurt ghetto.

The play depicts “the tenacity and perseverance to rise above the limitations of the ghetto and become one of the world’s most prominent banking families – and one of modern Israel’s most important benefactors,” says Peter Abelow, who plays in the ensemble alongside his wife Debbie.

For others, portraying the characters on stage is a rare opportunity to be in someone else’s shoes.

“It’s fun playing a character like Prince William who is, to say the least, not a nice person,” says Jordan Zell, who plays Mayer Rothschild’s royal patron and says he enjoys “sharing the important message of the show.” 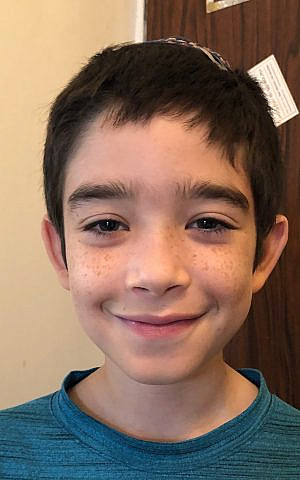 “If I can’t live like a Rothschild I’ll act like one,” says Hanan Leberman, who plays Nathan, the Rothschild son who moves to London to become founder of the British branch of the famous family, as well as the wealthiest man on earth. “In the show ‘Shark Tank’ I learned that a real entrepreneur is someone who learns from their mistakes, this is Nathan.” 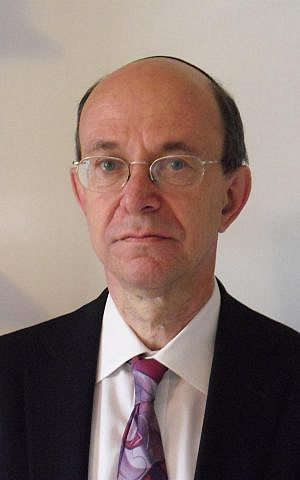 Rothschild & Sons was “the original ‘start-up’,” agrees Dov Raphael, who plays Buderus, Secretary to Prince William of Hesse. The play shows “how an enterprising Jew made a fortune and promoted his people’s rights.”

“Buderus realizes right at the beginning that Rothschild is someone special, and sets him on his road to grandeur,” says Dov.