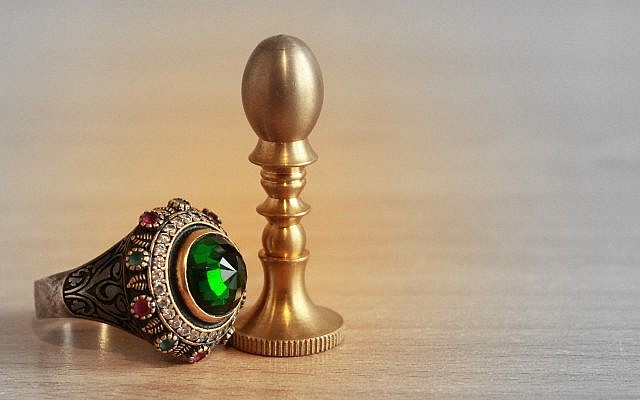 The Book of Esther is a story with something for everyone: court intrigue, sexual manipulation, and cunning plots foiled just in the nick of time. Depending on one’s point of view, the book can be read as a critique of monarchy, a mystical statement about the way God works in a secular world, or even a feminist manifesto.

But beyond all else, the Book of Esther may be read as political satire of the highest order. Nearly every character in the book is a caricature, from the bumbling King Achashverosh, to the wicked Haman; from the wise Mordechai to the beautiful Esther — all are portrayed in broad strokes. The wicked Haman is irredeemably wicked; the bumbling king is completely at the mercy of his impulses and emotions; Esther is as beautiful and charming as any Disney princess.

But while the story bears all the literary marks of a fairy tale, the underlying themes are far from trivial. At what point does a ruler become unfit to rule? When is civil disobedience not only allowed, but imperative?

The Book of Esther as political satire

In his book, God and Politics in Esther, Yoram Hazony teases out an intriguing aspect of the Megillah’s portrayal of Persian government: its reliance on court advisers. King Achashverosh is portrayed as a bumbling and insecure monarch, but one who faithfully follows Persian tradition by leaning on a host of advisers and court officials. In fact, no fewer than 18 advisers and councilors come into the story’s first two chapters.

But after the revelation of a plot on his life by two of his security staff, Achashverosh becomes increasingly paranoid. He determines to do away with court politics and factional intrigue by appointing a single “enforcer” with the authority to lay down the law for the whole kingdom.

This enforcer is Haman, identified in the story as an Amalekite, one of the many nations exiled by the Babylonians at the same time as the Jews. There is no love lost between the two nations, and it doesn’t take long for Haman to find a reason to use his position to institute the slaughter of the nation’s Jewish population.

The excuse he needs is provided by Mordechai himself, who refuses to bow before to Haman as required by the new regulations.

But why does Mordechai act in such a way as to play into Haman’s hands? After all, there is no halachic restriction on bowing before a human ruler — as opposed to a religious symbol or idol. Not only does his refusal jeopardize his own position at court, it endangers all the Jews of Persia. Was this mere ego, or was something else involved?

The Talmud provides several possible rationales, but the one developed by Hazony is especially instructive for us today: by silencing the “70 languages” of dissent, the king has short-circuited the Persians’ traditional consensus-based decision-making process. He has thus destroyed any chance of reaching decisions that are truly of benefit to his people. For while all the dissenting opinions are not a sufficient conditions for good decision-making, they are a necessary condition.

Esther … speaks to its time by bringing the search for structural explanations to the classic Jewish problem of the difference between good and evil rulership. It claims that what causes the state, never too highly regarded in the biblical tradition, to be tolerable is its openness to competing views—as represented by the eighteen advisers surrounding Ahashverosh at the beginning of the tale. What makes the state bestial is the inclination of the powerful to shut out competing voices which should be heard if one is to make a rational judgement. (Yoram Hazony, God and Politics in Esther)

It is this departure from just government that Mordechai is protesting in refusing to bow to Haman. The consequences, of course, are history. (I won’t spoil the story by revealing the rest of the plot!)

While most nations these days operate by different rules than the Persian monarchy of 2,500 years ago, almost all governments depend on some form of consensus to maneuver between the competing interests of different factions. Any party that silences the diverse voices of dissent signals that it has no intention of taking into account the interests of any faction but its own. Such a party’s decisions represent neither the will nor the interests of the people.

The rise of such parties threaten a potential breakdown of society, as factions, ethnicities, and religions, realizing that that there is no central authority to guarantee their interests, take matters into their own hands. We see the practical implications of such a deterioration in the Middle East today: bad leadership threatens the extinction of whole societies and the erasure of their history.

But the same dangerous swing toward silencing dissent jeopardizes western governments as well. Democracies are, if anything, even more vulnerable to the breakdown of information diversity. The “echo chamber effect” produces a starkly polarized electorate, as reliance on insider-approved sources of information encourages intra-factional solidarity and renders group members increasingly impervious to contrary sources of information.

In the king’s inner cabinet

In an election year, these concerns are far from theoretical. Two of the leading contenders in Israel’s political race have already sought to discredit the mainstream media: Prime Minister Benyamin Netanyahu took a leaf out of Trump’s playbook when he launched an alternative news stream in an attempt to bypass any negative press. Meanwhile, front-runner Benny Gantz complained of being “vilified” by Army Radio.

The potential for further societal polarization is worthy of concern. While we usually think of societal fragmentation, political polarization, and authoritarianism as a symptom of state failure, it is also a cause of state failure, due to a feedback loop between perception and reality.  Once set in motion, this downward spiral can seem un-stoppable.

And yet, here too, the Megillah may offer a valuable lesson. It’s a story of how concerned people, by making shrewd and courage decisions, were able to put the ship of state back on course.

One of the lessons of Purim is that miracles these days are performed by individuals doing the right thing. In a democracy, as opposed to Achashverosh’s court, we all get to play some role in the king’s inner cabinet.  To paraphrase Mordechai: “Who knows whether it was just for such a time that you were given the vote?”